Six-time World Rally champion Sebastien Ogier says he does not desire "special status" within Toyota, following his move to the team for 2020.

Toyota has an all new line-up for next season, with M-Sport’s Elfyn Evans and WRC2 champion Kalle Rovanpera joining Citroen convert Ogier for 2020.

Despite the fact that Rovanpera is a rookie and Evans has only one WRC win to his name, Ogier says he has not made any request to be Toyota's number one or receive preference over his new stablemates.

“My approach at the start of the season is not about thinking how can my teammate help me, my target is always to try to focus on myself and get the job done myself – that’s the most important,” said Ogier.

“Depending on what can happen through the year, the strategy can happen in the second half. But in the first half we need to focus on ourselves and bring the best to the team.”

For his part, Evans said it would be wrong to assume he’ll take up the role as Ogier’s wingman when the new season gets underway in Monte Carlo next month.

The Welshman was Ogier’s teammate during the Frenchman’s title successes at M-Sport in 2017 and 2018, and often gave up positions or was used to help Ogier’s championship bids.

Evans said: "As far as I’m concerned we start the season on an equal footing and ultimately it’s down to me to perform. We’ll see what the second half of the season brings, but to be honest I’m only focusing on doing my best.

“Historically Toyota is a team which has focused on giving its drivers an equal opportunity and I’m confident that approach will remain. Basically, it’s down to me.

"I need to focus on what I’m doing and not think about the other stuff. I’m not thinking about the chances of winning this rally or that one, there are no target events specifically and it’s the same with the championship.

Evans, Ogier and Rovanpera have all tested the Yaris WRC ahead of the 2020 curtain raiser in Monte Carlo on January 23-26. 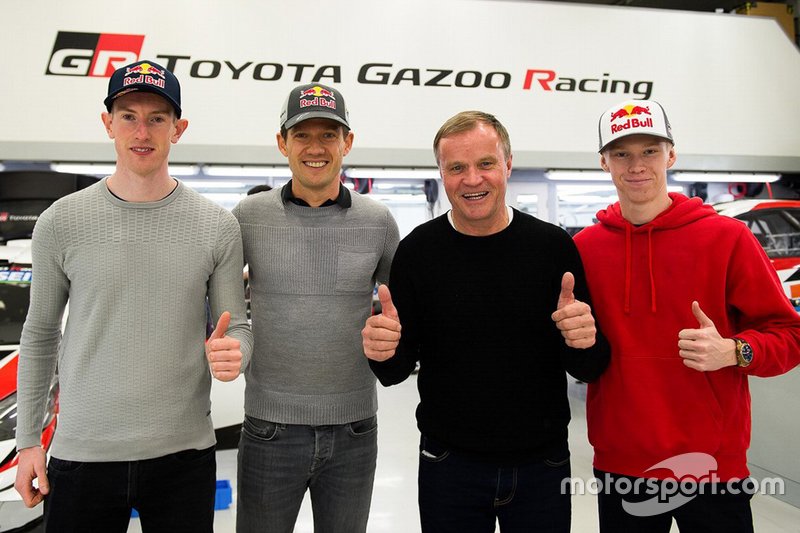