Rally Australia set to be reduced to 59 timed miles 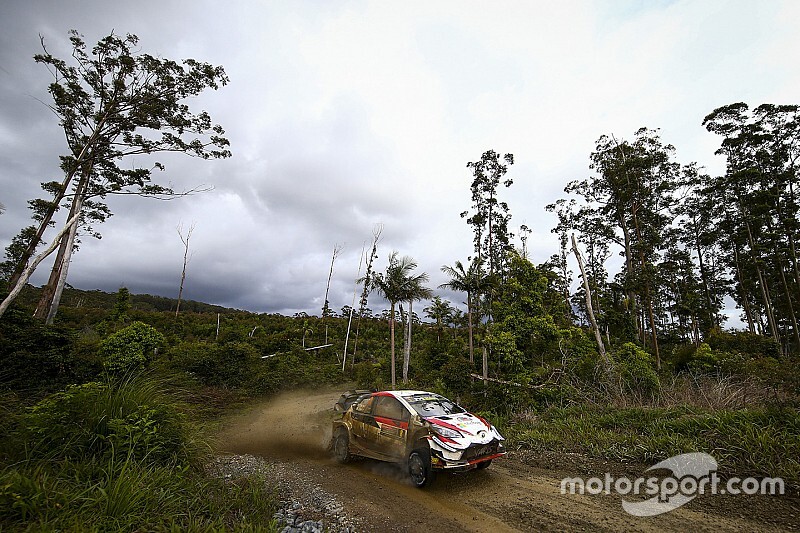 The route for the Coffs Harbour-based event has been hit by bushfires raging up and down the east coast of New South Wales.

A bulletin issued by clerk of the course Wayne Kenny outlines a new itinerary pending approval from the FIA.

The new timetable includes four stages, two of which are superspecial stages – one in the centre of Coffs Harbour and the other at Raleigh International Raceway south of the city.

The other two are formed from the Argents Hill Reverse test, one of the event's more southerly stages set just east of Bowraville.

That 7.4-mile stage will be shortened to just over five miles and used in both directions – one way called Graces and the other called Allens. The recce for these stages will take place on Wednesday.

Such an itinerary would reduce the overall mileage from 201 to 59 competitive miles.

If approved by the FIA, such a route would allow for the allocation of one-third of the total championship points, with a win being worth eight points.

The event organisers have committed to amending the roadbook to include this revised itinerary by 17:00 Tuesday November 12, local time.

Three people have died in more than 120 fires which are burning across almost two and a half million acres of New South Wales and Queensland – both states have declared a state of emergency.

NSW premier Gladys Berejiklian said: "Everybody has to be on alert, no matter where you are and everybody has to assume the worst. We cannot allow complacency to creep in."

The worst of the conditions are expected on Tuesday, when temperatures are expected to rise to the mid-30s in the rally area with winds of up to 50mph fanning the flames.

Grace Legge, from Australia's bureau of meteorology, said: "Very dangerous fire conditions are developing on Tuesday from east New South Wales and into south-east Queensland. These weather conditions are being driven by a cold front that's moving up the east coast on Tuesday. Hot, dry, gusty conditions are expected ahead of the change.

"While the cool change may ease fire dangers [on Wednesday] a combination of dry and gusty winds and a shift in wind direction means people in the impacted areas will need to remain vigilant."

Fires cause angry teams to call for Rally Australia cancellation

Hyundai wants "nothing less than victory" in WRC Finland

Hyundai wants "nothing less than victory" in WRC Finland