Fires cause angry teams to call for Rally Australia cancellation 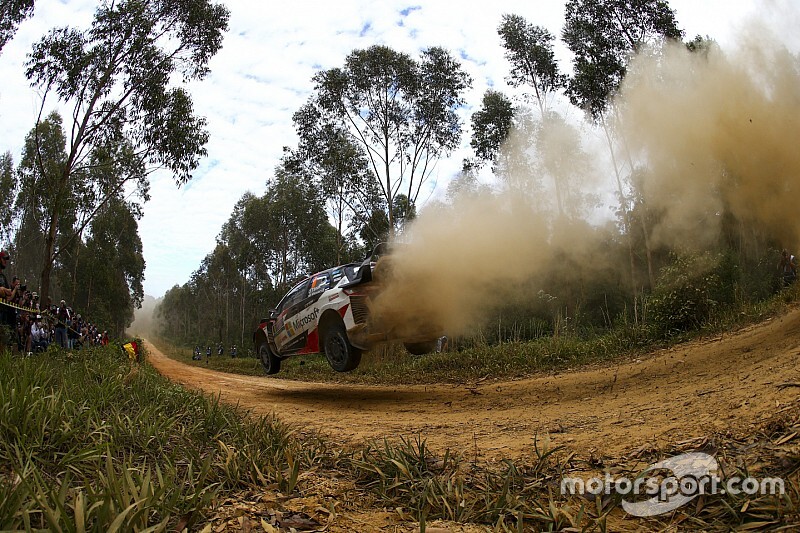 With Coffs Harbour sitting right in the path of intensifying bushfires there’s increasing anger in the WRC service park that Rally Australia hasn’t been cancelled.

Rally Australia organisers are set to meet with the FIA, WRC Promoter and the teams at 1600 Australian time (0500 London) to discuss the situation.

Privately, the teams are insisting the event has to be called off.

Travel to Coffs Harbour is increasingly difficult with flights out of Sydney delayed amid speculation the airport in Coffs will be closed. The Pacific Highway, the main road north of Sydney up Australia’s east coast, has been closed since Friday.

Coffs Harbour’s High Street was evacuated at 0800 local time because of the smoke and many of the teams in the WRC service park, which sits on the outskirts of the city at Coffs International Stadium, were sent back to hotels because of the dangers of smoke inhalation.

Ash continues to rain down on Coffs Harbour as the fires spread with high winds.

Motorsport.com has spoken to all WRC stakeholders through Monday and, while an agreement was in place not to write anything until the official decision was taken at the Tuesday afternoon meeting, teams and series insiders have called time on the event.

One source said: “This situation is more than crazy. The smoke is everywhere. We are looking on maps and the fire is coming straight to Coffs Harbour and nobody can stand up and say the thing that everybody knows has to happen: Rally Australia is cancelled.

“We have been watching to the TV and we see fire and rescue crews so tired they can’t stand up, but we are thinking to ask them to come and sit at the side of the road so we can have a rally.
“We have seen people’s homes, farms, animals, everything is burning and we are talking about running some stupid stages for three days. This is a bad joke. Somebody needs to take control.

"F*** this meeting, f*** this time to make a decision. People are being advised to run away from these places – not advised, told to run away.”

Rural Fire Service deputy commissioner Rob Rogers said: “I've been in this industry for 40 years and I've not seen a scenario like this before.

“I really haven’t. Not not when you’ve got all this fire and this catastrophic risk. If someone came to me and said: “Let’s do a scenario role-play.” I’d say: “Let's try to keep this a bit more realistic.” It’s that sort of out-of-the-box.”

Rally Australia set to be reduced to 59 timed miles