Jonathan Rea claimed pole position for the Barcelona round of World Superbike Championship on Saturday, as his championship rival Scott Redding qualified on the third row of the grid. 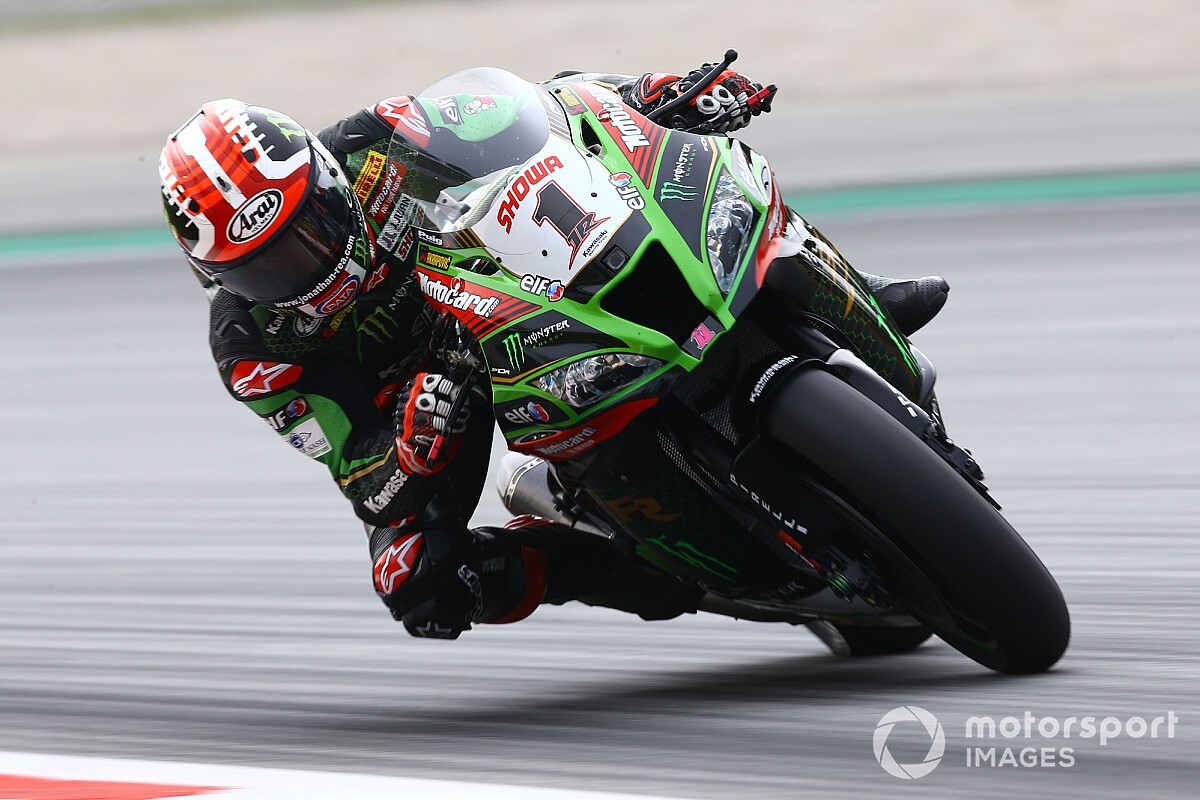 Michael Ruben Rinaldi set the early pace on race tyres with a time of 1m43.288s, before improving to 1m42.744s to put himself further clear of his rivals at the top of the timesheets.

Garrett Gerloff put an impressive performance on X-marked tyres halfway through the session to usurp Rinaldi’s benchmark, but the Go Eleven Ducati rider managed to go immediately quicker with a 1m42.525s to snatch back the top spot.

However, Rinaldi could do little about Leon Haslam, who surprised the field with a time of 1m42.421s to put Honda on provisional pole after the first runs.

When riders switched to the qualifying tyre in the final five minutes of the session, factory rider Scott Redding moved the goalposts, going nearly two tenths quicker than Haslam to put Ducati back ahead in qualifying.

Times continued to drop thereafter, with Honda's Alvaro Bautista breaking the 1m42s barrier on his way to the quickest lap of the weekend - a 1m41.757s.

However, that proved to be insufficient for pole position, as Rea jumped from 13th to first on his sole timed lap to secure his fourth pole position of the season.

Yamaha’s Toprak Razgatlioglu finished second quickest, just 0.094s down on Rea’s time of 1m41.713s, while Bautista was demoted to third in the final classification.

BMW's Tom Sykes made it four different manufacturers in the top four with his best effort of 1m41.823s, while Yamaha's Michael van der Mark was the last of the runners to break the 1m42s barrier in fifth.

Rinaldi slipped to sixth ahead of Redding, whose best time of 1m42.222s was six tenths down on title rival Rea’s pole time.

Chaz Davies eventually qualified 11th on the factory Ducati, with the works BMW of Eugene Laverty completing the fourth row in 12th.