Jonathan Rea extended his World Superbike points advantage with a lights-to-flag victory in the championship's inaugural race at Barcelona. 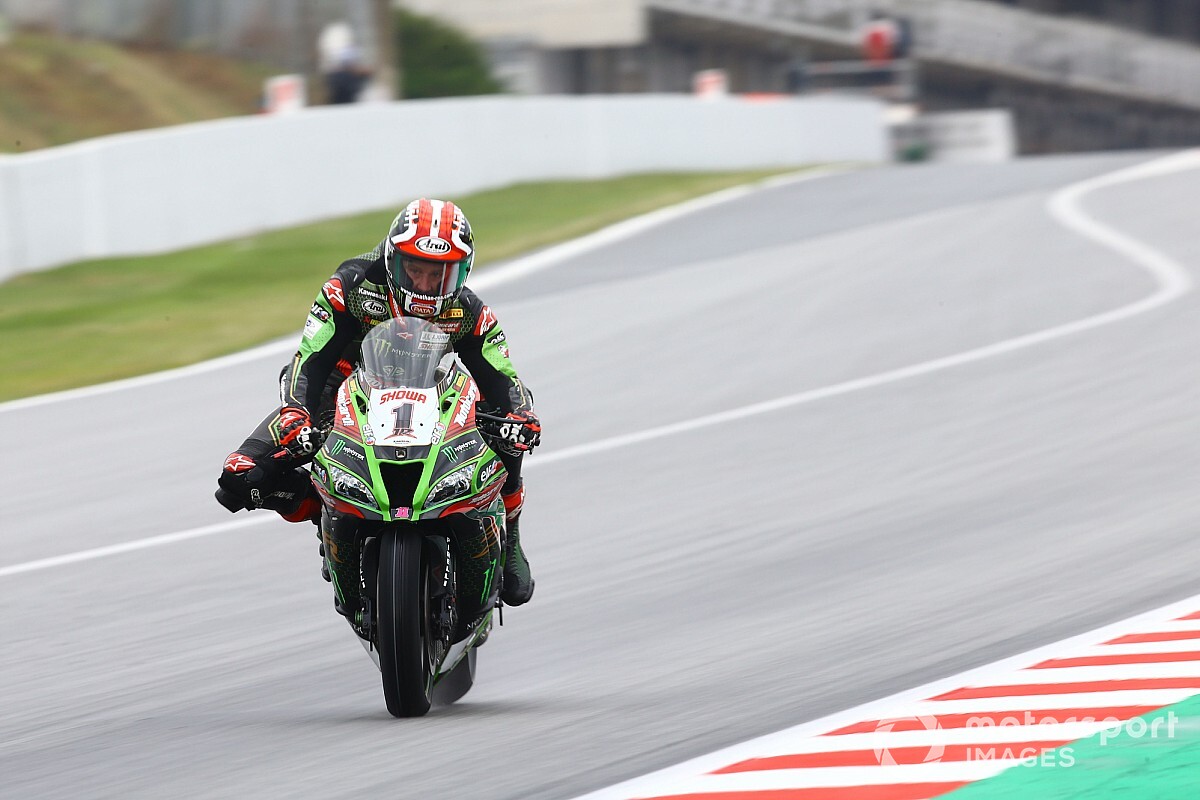 From pole, Kawasaki rider Rea held the lead at the start and proceeded to ease away over the course of the 20-lap contest, beating his nearest title rival Scott Redding by 2.625s.

It means the five-time champion now has 42 points in hand over Ducati man Redding with eight races left in the coronavirus-disrupted 2020 season.

While Rea made good his escape at the head of the field, Redding made a strong start from seventh on the grid to run second on the opening lap, but had to battle the satellite Go Eleven Ducati of Michael Ruben Rinaldi for the first half of the race.

Rinaldi, who took his first WSBK win at Aragon earlier this month, retook second on the second lap but lost out to Redding heading into Turn 1 on the eighth lap.

The Italian rider then proceeded to drop down the field in the closing laps, opening the door for Chaz Davies to bag the final podium spot on the second works Ducati.

Up from 11th on the grid, Davies managed to make steady progress up the field and picked off Rinaldi for the final podium spot with four laps to go.

Michael van der Mark was fourth on the best of the Yamahas, having delayed both himself and his teammate Toprak Razgatlioglu with an aggressive move at the start.

Razgatlioglu could do no better than sixth in the end, also dropping behind the Honda of Alvaro Bautista, while Rinaldi came home seventh.

WSBK debutant Jonas Folger ran in the top 10 at one stage but eventually had to settle for 12th behind the sole BMW to make the finish, Eugene Laverty.

Tom Sykes was the race's sole non-finisher on the other BMW.