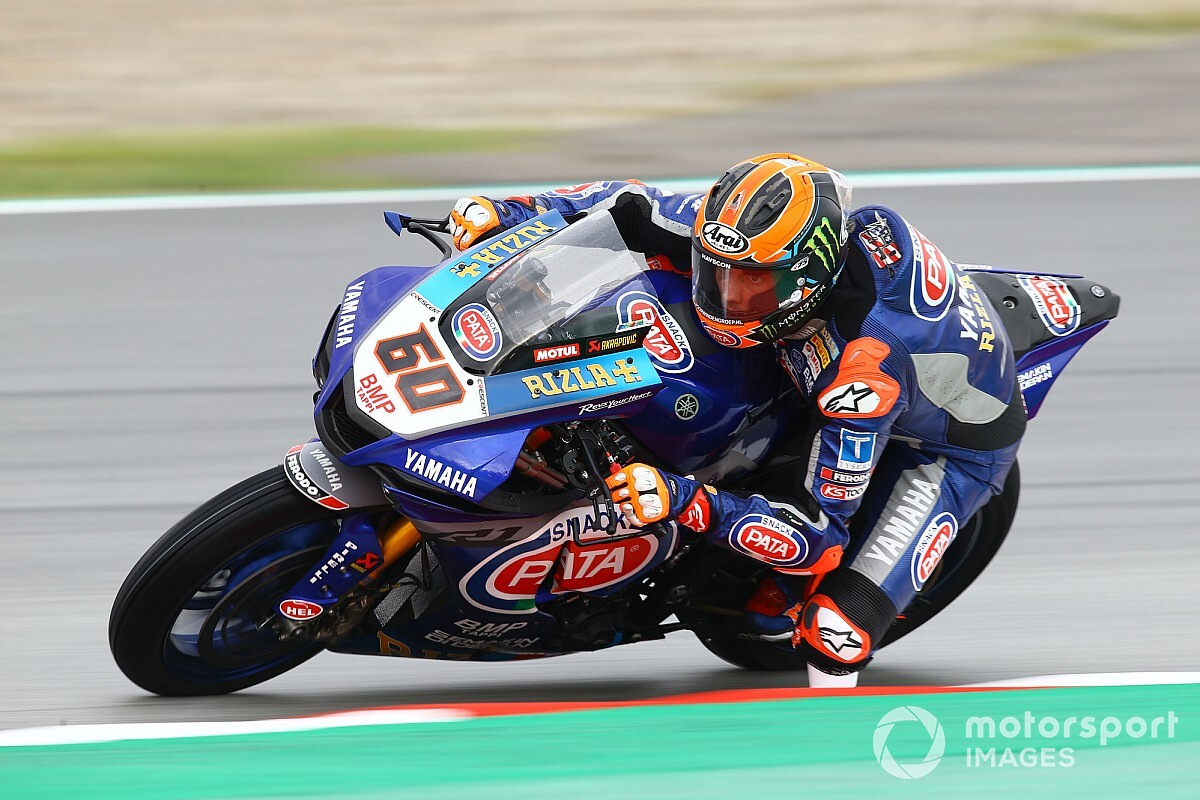 Michael van der Mark scored his maiden win of the 2020 World Superbike season in the Superpole race in Barcelona after Honda rider Alvara Bautista crashed out from the lead.

At the start of the 10-lap sprint race, polesitter Jonathan Rea made a clean start from pole position to lead into Turn 1, with van der Mark slotting his Yamaha into second with a brilliant launch from fourth.

Bautista initially dropped from second to fourth, but quickly dispatched the Kawasaki of Alex Lowes to move up to third.

As the top three pulled away from rest of the field, Bautista took advantage of slipstream to pass both Rea and van der Mark into Turn 1 on lap 3, taking the lead for the first time.

However, the hopes of a first Honda victory with the new Fireblade were crushed almost immediately afterwards as Bautista suffered a highside exiting Turn 4, forcing him immediately to retire from the race.

Just when Bautista was launched off the bike, van der Mark had managed to fire his Yamaha up the inside into Turn 4 to move himself ahead of the Kawasaki of Rea.

Rea managed to stay around three-quarters of a second within van der Mark for the next five laps, but the Dutch rider managed to extend his advantage to over a second on lap 8.

That allowed him to claim his first victory in WSBK since Jerez in 2019, as championship leader Rea finished 2.7s behind in second on the lead Kawasaki.

Ten Kate Yamaha rider Loris Baz pulled off some well-judged moves to finish third and clinch his second podium finish of the 2020 season.

Ducati’s Scott Redding endured a subdued race en route to eighth, slipping 48 points behind Rea in the championship standings with seven races left to run in 2020.

BMW’s Tom Sykes was classified ninth, while ex-MotoGP rider Jonas Folger charged from last position to round out the top 10.

Leon Haslam retired early on in the race after an incident with GRT's Federico Caricasulo, marking a double DNF for the factory Honda team.