GRT Yamaha rider Garrett Gerloff set the pace in wet Friday practice for the penultimate round of the World Superbike season at Magny-Cours, snatching the top spot at the last minute from Jonathan Rea. 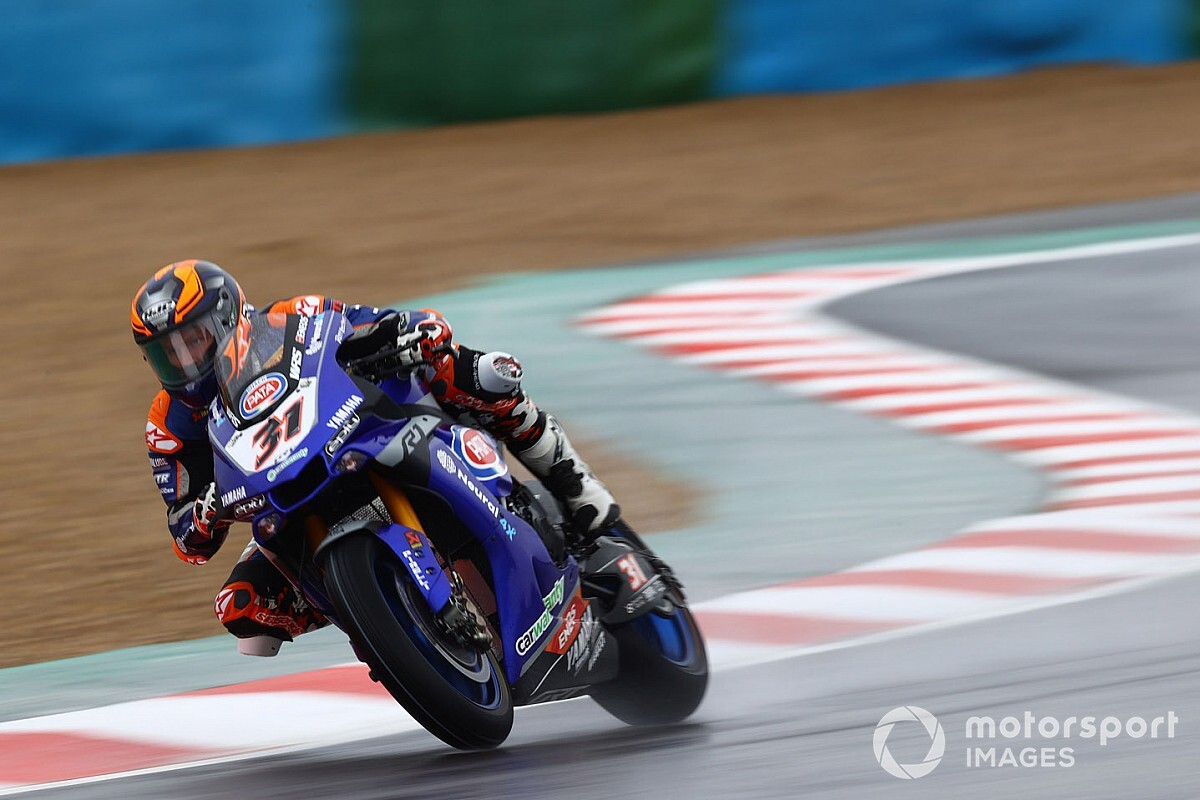 Both practice sessions at the French venue were held in wet conditions and, although the track never dried out enough for slick tyres, the fastest 10 times of the day were all set in the afternoon.

After topping morning practice with a time of 1m49.356s, Rea also stayed at the front for much of FP2, progressively improving his time from 1m53.140s to 1m50.381s in the first half of the session.

With 21 minutes left on clock, Go Eleven Ducati rider Michael Ruben Rinaldi displaced him from the top of the charts with a time of 1m50.489s before lowering the benchmark further to 1m50.122.

Rea snatched back the top spot with the first sub-1m50s lap of the session 10 minutes later, before putting himself further clear of his rivals with a series of fastest laps.

With his final effort of 1m48.991s - the fastest time of the weekend so far - Rea appeared to have done enough to seal Friday practice honours on a weekend he could wrap up his sixth world title.

But Gerloff managed to fire in a time of 1m48.830s moments after the chequered flag was dropped, ending the day the quickest of all.

Rea had to settle for second position, just 0.015s down on the GRT Yamaha rider, while Rinaldi finished third, being the only other rider to dip into the 1m48s.

Loris Baz finished fourth quickest for Ten Kate Yamaha, while Alex Lowes was classified another tenth adrift in the second of the factory Kawasakis.

BMW rider Tom Sykes’ ran as high as second in the latter stages of FP2, but his time of 1m49.717s was only good enough for sixth following a late flurry of quick laps.

Ducati’s Scott Redding, who remains Rea’s closest challenger in the title fight, finished seventh, more than a second down on both Gerloff and Rea.

Chaz Davies (Ducati) and Toprak Razgatlioglu (Yamaha) were 11th and 12th respectively, both setting their quickest times in the afternoon session.