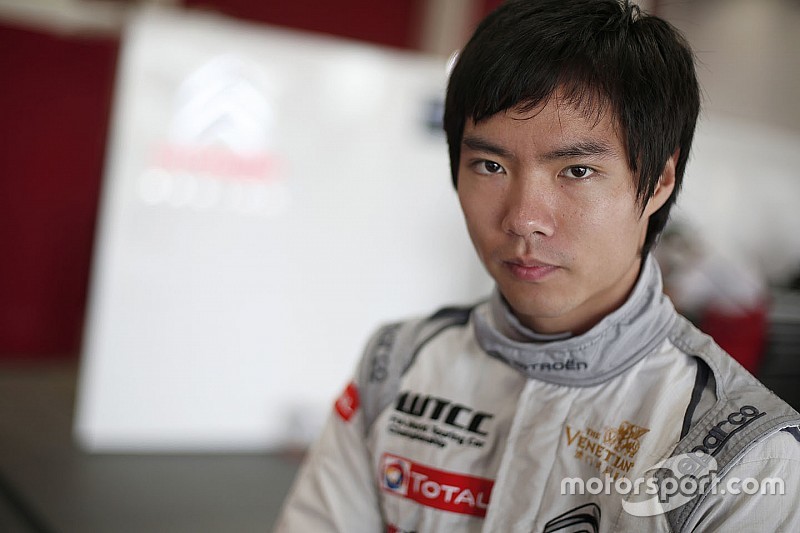 Ma Qing Hua will return to the World Touring Car Championship at Macau in November, behind the wheel of a Sebastien Loeb Racing Citroen C-Elysee.

The Chinese racer, who had F1 Friday practice outings with the now-defunct HRT and Caterham teams earlier in the decate, was part of Citroen’s factory WTCC team between 2014 and '15.

He won two races, but was cut from the team alongside nine-time World Rally champion Sebastien Loeb when it scaled back to two cars.

Ma then made a switch to Formula E with Aguri, later racing for Techeetah in 2016/17. A planned WRC debut in China fell through when the rally was cancelled.

He will now join an expanded SLR line-up for Macau, alongside regulars Mehdi Bennani, Tom Chilton and John Filippi.

“I’m very positive about this opportunity and really pleased to come back to this championship,” he said.

“I have no downside on street circuits. When I raced in 2015, I won in Vila Real. Macau is a legendary place, an amazing city and I really appreciate the chance to do it again this year.

Ma says he is keen to return to the full championship if the opportunity arises.

“I have been watching the WTCC races this season and the competition is very close with the Volvo cars and the fact Honda has improved a lot,” said Ma.

“We have seen this year the Citroen can still be at the front and I believe in the team. I’ve worked with them before, they’re more experienced with these cars and they always give me good confidence.

“There is no question I would like to do the full championship again.”