Competing in the Asia Production 250cc category, Sethu qualified 13th on the grid at the Suzuka Circuit, within a second of the time needed to break inside the top 10.

The Chennai-based rider, now in his third season, got off the line well, but a mistake at turn 16 dropped him down to 15th.

He later got bumped off the final point spot by Indonesian rider Anggi Setiawan, but Sethu managed to pass Thai racer Tatkorin Buasri on the penultimate lap to retake 15th.

It was Sethu’s sixth point finish of the season in seven races, the Honda India-backed rider only missing out on points in the first of two races in Thailand earlier this month.

“My qualifier finish today was a letdown. I was in the top 7 in qualifier but coming back to pit in last 2 minutes was a wrong decision,” he said.

“The other riders got a good slipstream due to which I got pushed back to 13th. In the afternoon race, I overtook 6 riders at the start itself to reach 7th spot.

“But late braking in hairpin corner of lap 1 pushed me back to second group of 4 riders and it was very difficult to leave them behind.

“Suzuka being a technical  flowing track, I have to keep my cool while improving my race-craft and timing consistently. With today’s learnings, I will push harder and aim for top 10 tomorrow.” 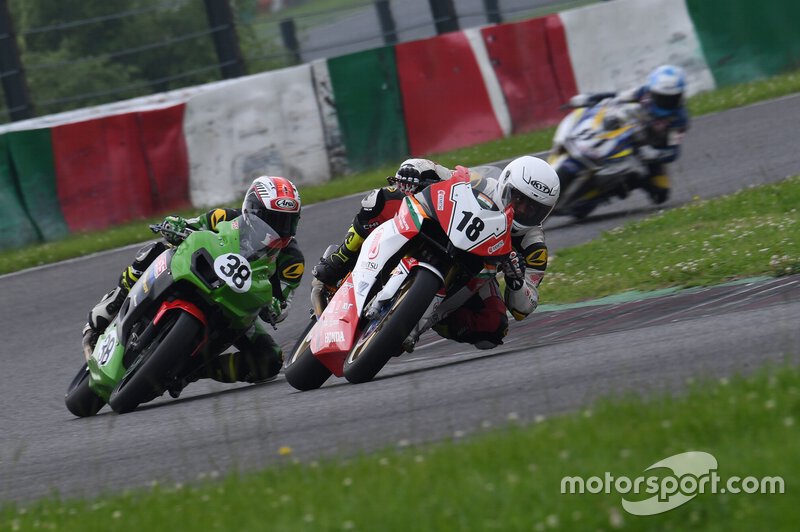 ARRC rookie Senthil Kumar continued his difficult learning curve in Asia’s premier bike racing category, rising up to 22nd from 24th on the grid before slipping back to 23rd.

He crashed on the very final corner of the race, but managed to remount on the bike and take the chequered flag in 28th.

“I got into a rhythm by the 3rd lap and pushed in the 4th lap, but crashed due to rider impact in lap 5, qualifying 24th overall,” Senthil explained.

“In the race, I couldn’t make a good start and lost 2 positions but overtook 3 riders in lap 1. Thereafter, I couldn’t stay with the bunch and was fighting till the last lap. But a hit by rider in the last corner of lap 8 resulted in my finishing only 28th.”

Speaking after the first race of the Japan double header, which concludes after Race 2 on Sunday, Honda’s Brand and Communication Vice President Prabhu Nagaraj said: “Today morning’s qualifier was disappointing for all of us. Our aim was for the top 2 rows but we could manage only 5th row start.

“Some mistake during Qualifying cost us a good opportunity to better our position. However, Rajiv is consistently in the top 15. Tomorrow, our aim is to gain over the 13th start and enter the top 10 yet again. No doubt, this means a lot of hard work but we are up for the challenge.”