Jack Goff has been handed a last-minute lifeline to take part in the 2019 BTCC season as he will replace Mike Bushell in the Team Hard line-up. 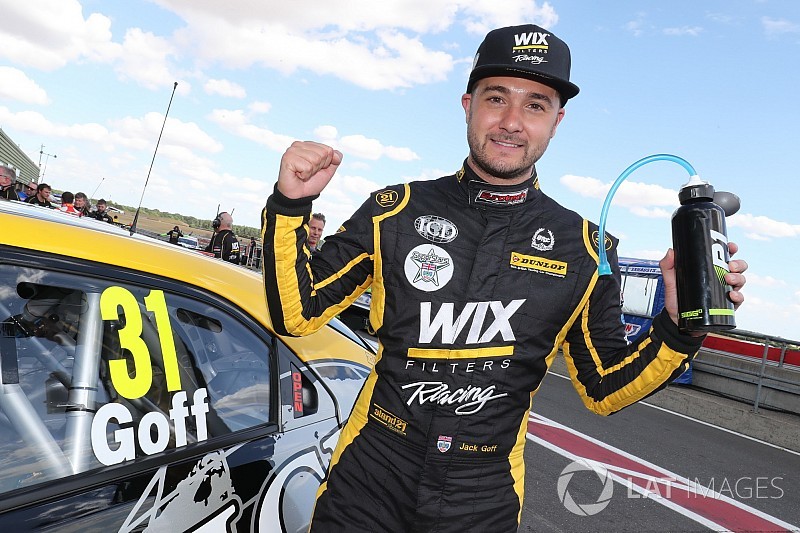 Bushell has had to stand down for budget reasons, but will remain with the squad and tackle the Renault UK Clio Cup instead.

Goff, who finished eighth in the standings in 2018 in the Eurotech Racing Honda Civic Type R, announced in the middle of February that he had given up on his plans to chase a return to the grid in 2019 as he had been unable to secure the backing.

However, the four-time BTCC race winner has now tied up a deal with Tony Gilham’s Kent-based squad. He made his debut in the series with the same team in 2013.

The 28-year-old will get his first run in the car at the championship’s official media day at Brands Hatch on Wednesday. He will join Bobby Thompson, Carl Boardley and Michael Crees at the team.

Goff said: “Tony gave me my first break in touring cars and it’s an amazing feeling to be back with the team, who have come on an awful lot.

“It’s been an incredible 24 hours and I have to say a massive thank you to Tony, the team and my current partners.

“I drove the car in 2014 and have seen it’s up turn in form during the second half of 2018 with Mike Bushell and Bobby Thompson behind the wheel.

"I’ve spoken to my new teammates who have told me what the team have done with the car over the winter and I have full confidence that we will be on the pace from the get go despite my obvious lack of testing.”

Team boss Gilham said that Bushell would remain a chief part of the team and would have input into the BTCC arm as well as racing the Renault Clio.

“We are in great shape for the season ahead and despite it being a very hard decision, we now have to focus on doing the best job possible,” said Gilham.

“Mike has been an important factor in our upturn in performance and will remain a key team member for the future.

“For us to get this all in place before it all begins at media day this Wednesday was vital for our season’s plans.”