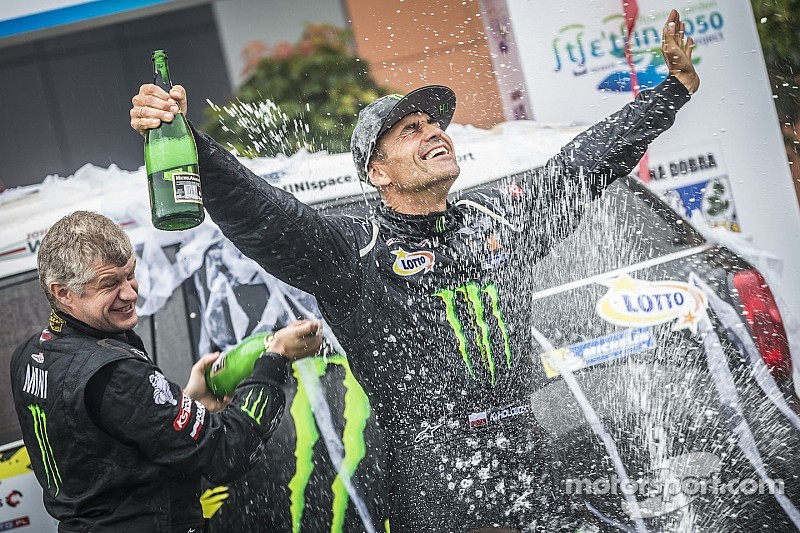 In the 2014 edition of the Baja Poland, MINI ALL4 Racing driver and local hero Krzysztof Holowczyc – supported by his new navigator Xavier Panseri (FRA) – raced in a class of his own. In the end, he won the four-stage event with a five-minute lead over Adam Malysz. His compatriot Martin Kaczmarski and co-driver Tapio Suominen from Finland completed the podium, with German pairing Stephan Schott / Holm Schmidt finishing eighth.

Nonetheless, the result in the Baja Poland caused mixed emotions at X-raid as World Cup leader Vladimir Vasilyev hit a tree in special stage four, with just a few more kilometres to go. Due to this incident he lost a lot of time and finished 22nd, in the end. Nonetheless, the Russian defended his FIA World Cup for Cross Country Rallies lead as his toughest rival in the battle for the title, Nasser Al-Attiyah, also had to leave Poland empty-handed.

I’m really delighted with having won in my home country,

Due to heavy rain in the night from Saturday to Sunday, the race control opted for cancelling the second Sunday stage for safety reasons, following the day’s first 65-kilometre stage, held in the morning.

Holowczyc really went for it in his home race. Only in the prologue, the Pole opted for a slightly conservative approach and contented himself with finishing second – to win the following two stages. In SS3, the Monster Energy X-raid Team driver had to draw aside due to accident ambulances that attended to a quad rider who had had an accident.

Behind him, the special stage was temporarily red-flagged. So, he crossed the finish line some 90 minutes earlier than the rest of the field. And in the final special stage, Holowczyc finished third. Meanwhile, his compatriot Kaczmarski also delivered in fine style and by finishing third, he repeated the result he had secured in the Baja Aragon.

The young Pole took his MINI ALL4 Racing to the top five in every stage. By coming eighth, Schott was the third X-raid driver in the top 10, thus completed the Trebur based team’s success. Schott had his difficulties in the first two stages but worked his way up in the standings by finishing eighth and twelfth in the final two stages.

“Krzysztof, Martin and Stephan, too, did a really good job,” said Team Manager Sven Quandt. “At the same time, it was really disappointing that Vladimir hit a tree just in the final special stage. Nasser had been forced into retirement yesterday and so, we could have increased our lead. But Vladimir must forget this incident, now. After all, he still holds a 56-point lead in the World Cup standings.”

“I’m really delighted with having won in my home country,” said Holowczyc. “Altogether, it was a very exciting Baja. I was careful in the prologue but could take the lead in special stage one. In the following stage I had to draw aside for fire fighters and ambulances that looked after a quad driver who had had an accident. And the final special stage represented a real challenge. It was extremely slippery and you had to be focused to the max to not miss a turning. Fortunately, this happened to me just once.”