The DTM went to great lengths to secure a third manufacturer in Aston Martin for 2019. But with Aston licensee R-Motorsport announcing its exit on the eve of the new season, the series finds itself back at square one.

As recently as the SUPER GT x DTM Dream Race in November, ITR chairman Gerhard Berger was “relaxed” about R-Motorsport’s short-term future in the series.

The DTM head honcho cited R-Motorsport’s order for spares - related to the series’ common parts - as a sign that the Swiss outfit was committed to a second season in 2020.

However, as the days went by question marks began to emerge over R-Motorsport’s ability to continue racing in the category.

At the centre of the uncertainty was a lack of an engine deal following R-Motorsport’s split with HWA. The German engine specialist had formed a joint venture with R-Motorsport before 2019, having been left without a team as a consequence of Mercedes’ departure from the series.

But amid the backdrop of an underpowered and unreliable engine, things turned sour between the two camps as the season wore on, and they eventually parted ways in October.

Following the split, R-Motorsport was left to assess its other options to secure a replacement engine in time for the 2020 season. It is understood that BMW had emerged as its primary candidate, and the Bavarian-brand was willing to supply engines for its four Vantages.

Despite both parties being keen, no deal could be reached and R-Motorsport subsequently announced its decision to step down from the series on Friday. So what went wrong at the Swiss squad over the course of the winter?

It turns out that R-Motorsport’s decision to part ways with HWA had much bigger ramifications than originally envisaged.

The four Vantages built by R-Motorsport ended up in HWA’s possession following the split - as opposed to being sold to a third-party buyer, as previously reported - despite the Swiss squad being the sole holder of the Aston Martin DTM license.

There were also financial implications from the split that which would have hurt a privateer squad like R-Motorsport, especially given its involvement in GT3 racing and Aston Martin's hypercar project with the Valkyrie (remember that R-Motorsport parent company AF Racing is a joint partner with Aston itself and Red Bull in the development of the Valkyrie road car).

Even if R-Motorsport and BMW had gone ahead with the engine deal, the team would have faced a race against time to get its cars modified to fit the German manufacturer’s engine.

The Vantage’s cooling system was designed with the HWA engine in mind and the Vantage would have required changes to the front end to accommodate a BMW motor. Moreover, the team would have to complete the redesigning job without the actual cars while they remained in the possession of HWA.

Ultimately, R-Motorsport decided that it was better off not competing in the DTM altogether and join another series instead. The Swiss squad has yet to reveal its plans for 2020, but it is believed that it will switch over to the ADAC GT Masters with a GT3-spec Vantage, on top of its existing commitments in GT World Challenge Europe (formerly Blancpain GT Series).

R-Motorsport's withdrawal leaves the DTM with two manufacturers for the first time since the 2011 season, prior to the arrival of BMW.

It effectively means that Berger and co. are left in the same position as the one in which they found themselves in the summer of 2017, when Mercedes announced its forthcoming departure from the series in favour of an assault on Formula E.

In 2018, Berger successfully persuaded Aston to join the DTM - by way of a licensing deal with R-Motorsport - in what was seen as a major victory for the series’ new boss. But now, Berger will be forced to go through that process all over again.

There are no short-term threats to the DTM’s future as both BMW and Audi had agreed to accept a transitional year with two manufacturers in light of the R-Motorsport rumours.

That agreement also provides for Audi and BMW to help bolster the grid with additional customer entries - something Audi has already been doing since last year with a pair of RS5 DTMs run by WRT. BMW, too, could theoretically run customer cars in 2020 - something that would allow Robert Kubica to join the grid.

But whether the DTM's remaining manufacturers will both be content for there to be no new entries in 2021 is a major question mark, putting huge pressure on Berger and his team - already busy enough trying to manage the transition to a hybrid-powered future and strengthening ties with SUPER GT in the wake of the Dream Race.

The Austrian will no doubt be banking on those latter elements to try and entice another major auto maker on the grid. But until he does that, the series' future appears anything but secure. 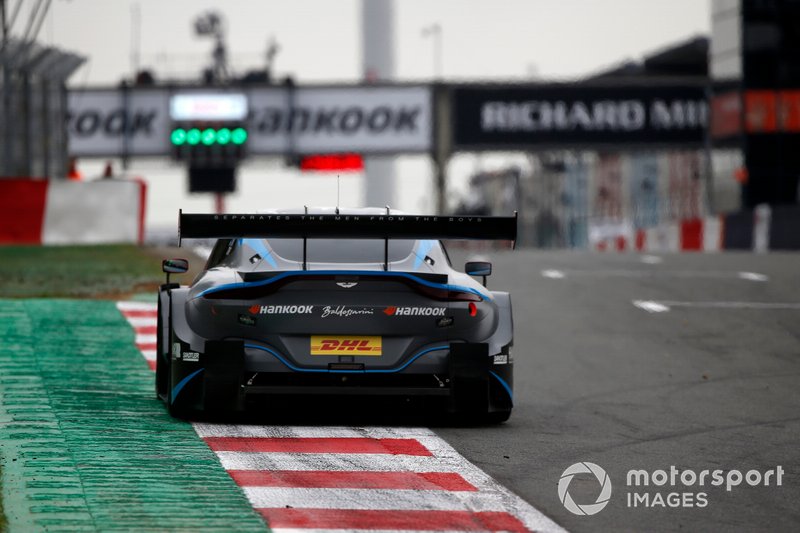