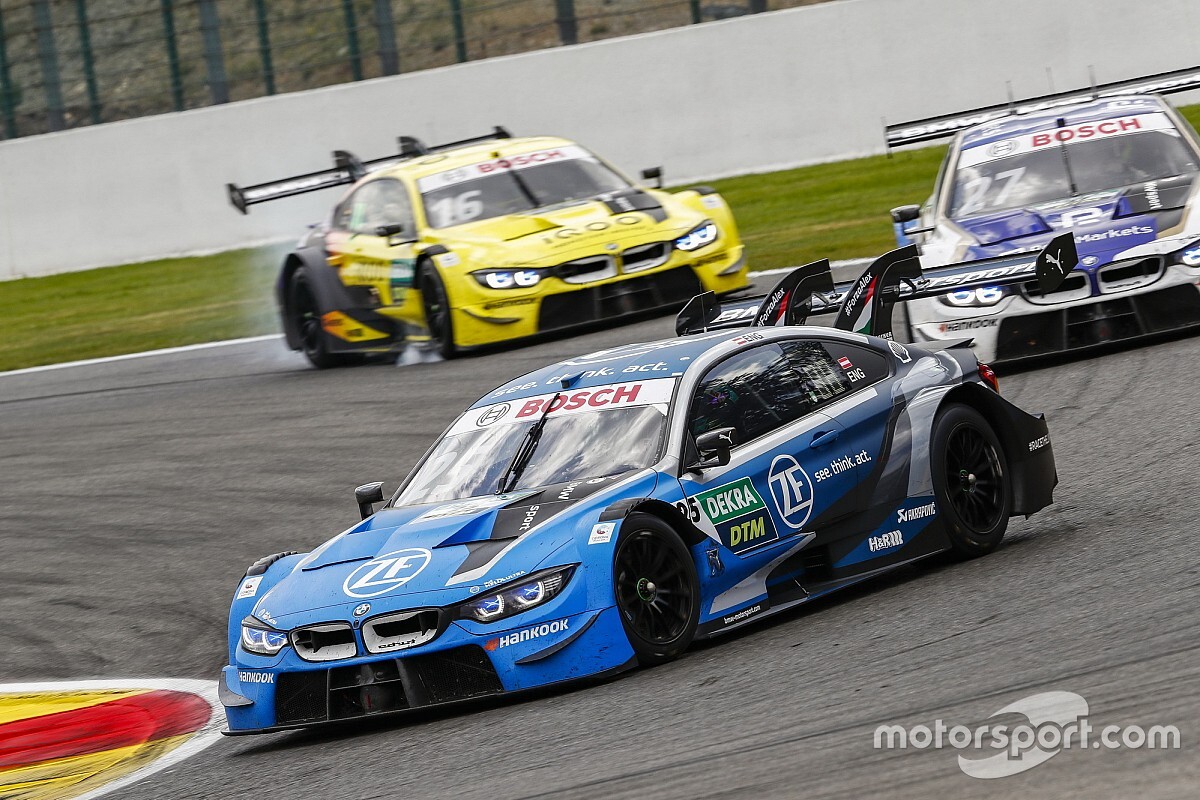 Timo Scheider has urged BMW to make changes to its organisation after what he described as a 'catastrophic' start to its DTM campaign in 2020.

BMW was outshone by Audi in the opening round of the season at Spa Francorchamps earlier this month, with the Munich-based manufacturer’s six factory-run M4 cars failing to finish inside the top five in either race.

It followed a 2019 season in which BMW was closer to Audi's performance but couldn’t prevent the latter from completing a clean sweep of drivers’, teams’ and manufacturers’ titles.

Two-time DTM champion Scheider suggests there are shortcomings within BMW’s DTM team that it must address if it is to recoup lost ground against Audi, citing the example of changes Ferrari has had to make after its own struggles in Formula 1.

"This huge gap [to Audi] is a real catastrophe for BMW,” Scheider, who won both his DTM titles with Audi, told Motorsport.com.

"It's a complete disaster when people like Timo Glock and Marco Wittmann, who competed for the title last year, finish somewhere between 10th and 13th place.

“They are realistic enough to know that they won't come to the Lausitzring and win now. A miracle would have to happen for that.

“There's always talk of replacing a driver when it doesn't work. But it also means that people in certain positions [at the team] have to do their job 100 percent.

“And here, too, it may have to be questioned at some point whether the right people are at the helm. If the performance is not right, you have to react. At BMW, just like at Ferrari, you have to question everything internally.”

Audi drivers have suggested that BMW’s poor showing at Spa was track-specific - and that they expect the Bavarian brand to return stronger for this weekend’s Lausitzring round.

However, Scheider feels that BMW faces a big challenge to close the gap to Audi in both single-lap pace and race trim - and questioned whether BMW would be willing to invest a substantial sum of money when the DTM is on the verge of abandoning the Class One platform.

"You now have to find a solution for the individual laps and for the [race] distance," said Scheider. "The fact is, they have to make up a lot of ground, they have to be faster. And to do that, they have to choose a more aggressive set-up and [risk] having more crashes. But that will eat up more tyres again.

"It's going to be very difficult to get a grip on this again because you need money for it. They're not building a new car now.

“The question is, is there even extra budget to iron out things that should have been ironed out long ago? Or do you still want to, when you know that at least these cars won't go on [beyond the end of the 2020 season]?"

Asked if there is a possibility that Audi could win every single race of the nine-round DTM season, Scheider said: "There will certainly be races where BMW looks a bit better. But I can't say when they'll be ready to win again.

“The way things look now, you'd have to be between three and four tenths behind on a normal track length in relation to the individual laps. And at that distance that's a big question mark. At the moment I don't see much light at the end of the tunnel at BMW."