Jake Dennis says the pass that sealed the Bathurst 12 Hour in Matt Campbell and Porsche's favour was 'on the edge'.

Dennis had been leading the race in the #62 R-Motorsport Aston Martin with a little over 10 minutes to go, only to be run down by a hard-charging Campbell on fresher rubber.

The race-defining move came at Forrests Elbow – not a traditional passing spot at Mount Panorama – with Campbell surprising Dennis by nosing up the inside and running the Vantage wide to get the advantage down Conrod Straight.

While that particular move was never under investigation, unlike Campbell's bump-and-run on Chaz Mostert, Dennis said it was still 'on the edge'.

"I've had my fair share of contact over the years, trying to get past people and stuff," he said. "It was on the edge, it really was.

"We squeezed each other quite hard. If the contact wasn't made, he wouldn't have got by.

"It was a bit of a shame to lose it like that but it is what it is. I can't do anything about it."

It was a rollercoaster weekend for Dennis, who put together a stunning Top 10 Shootout lap but was stripped of the pole award for a technical breach shortly afterwards.

He then went so close to winning the race, only for a late Safety Car, which opened the door for Campbell's move, to cost him victory.

While disappointed, he conceded that the all-rookie R-Motorsport trio should be satisfied with its debut showing at Mount Panorama.

"If someone said to me on the plane out here 'you're going finish on the podium', even if it was third I would have taken it with both hands," he said.

"It's just because we were so close to winning it. It's on your nature, as drivers, when you're that close to winning, and you finish second, we're naturally disappointed.

"We want to win. We're winners on track, and to lose it like that was a bit disappointing. Right now disappointed, next week I'll be happy." 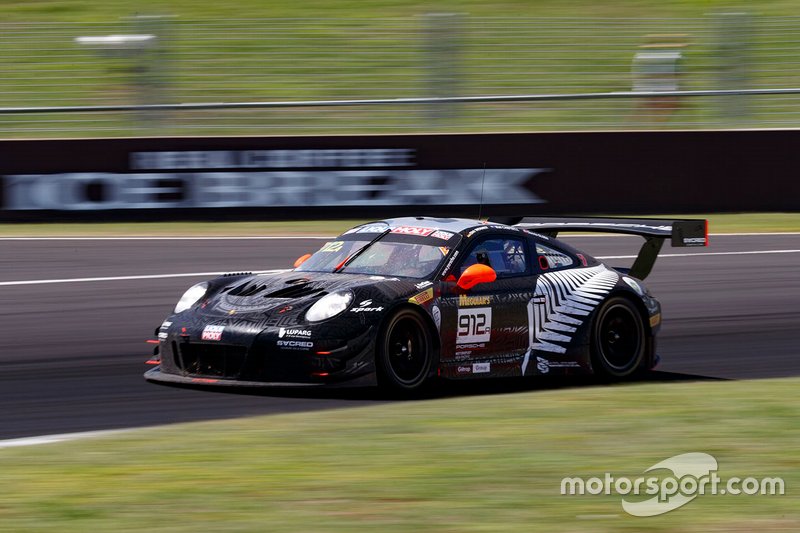 Dennis: Qualifying did "80% of the work" in London Formula E win

Ford Performance is no longer pushing for major motor racing categories to adopt electrification or hybridisation.

Ford Performance has Mount Panorama and the Bathurst 12 Hour firmly in its sights as part of its new GT programme.

Kondo Racing doesn’t believe the Nissan GT-R NISMO GT3 would be competitive if it were to return to the Nurburgring 24 Hours next year.