Andy Soucek admits he accidentally pressed the kill switch twice on the #108 Bentley Continental leaving pitlane during the Bathurst 12 Hour, ultimately costing the M-Sport squad a shot at victory.

The Spaniard rolled to a halt at pit exit twice during today's race, the first time coming just after the two-hour mark right after Soucek had first taken over the car.

The same thing then happened as the car left the pits after its final stop, at which point it was more costly. Instead of slotting into second, with then-leader Jake Dennis in sight, Soucek ended up seventh and over a minute off the lead.

Speaking to Motorsport.com after the race, a disappointed Soucek admitted that on both occasions he mistakenly hit an engine kill switch located on the steering wheel.

And, paired with a mid-race drive-through for passing a car before the control line on a restart, he says he owes the team and his co-drivers Maxime Soulet and Vincent Abril an apology after they finished sixth.

"I'm gutted, for sure," he said. "We travelled around the world to come to Bathurst.

"Everything was ready, my teammates did a mega job, the strategy was there, the car was there... and sometimes you don't have a good day, and it wasn't a good day for me personally.

"I drove well, but I made way too many mistakes. In all of my stints I did something. I got a drive-through for passing a car before the line – a slow car, the differential in speed was way too high – but it was my fault. I should have waited.

"And then I pressed the stop button twice going out of the pits. The car stopped and I had to make full reset, so all of the blame is one me.

"I want to apologise for my team, who did a great job, and my teammates. It's going to be a tough 20-hour flight home."

Soucek added that the issue was in no way operational, saying the drivers requested the kill switch button and it was on him not to press it.

"I don't want to blame the car," he said. "We asked to put a button on the steering wheel to be able to stop the car quicker.

"It never happened before. Sometimes you just have that bad luck where it's not your day. And I hit it twice. I don't know what to say. It's an amateur mistake.

"I've won most of the championships I did myself in single-seaters, I'm experienced in GTs, so it shouldn't happen. I'm disappointed in myself.

"I can't blame anyone for putting the button there, it's for us to stop the car. My fault."

He also admitted that, had he not made the crucial final blunder, a win for the #108 Continental was on the cards.

"We would have been seven seconds behind the Aston going out of the pits if I didn't hit the button," he said. "Then there was this [late] Safety Car and I probably could have had a chance to overtake him the same way [Matt] Campbell did at the end.

"I don't know if we would have won, but we would have been in contention for sure because we had good straightline speed and the car was mega." 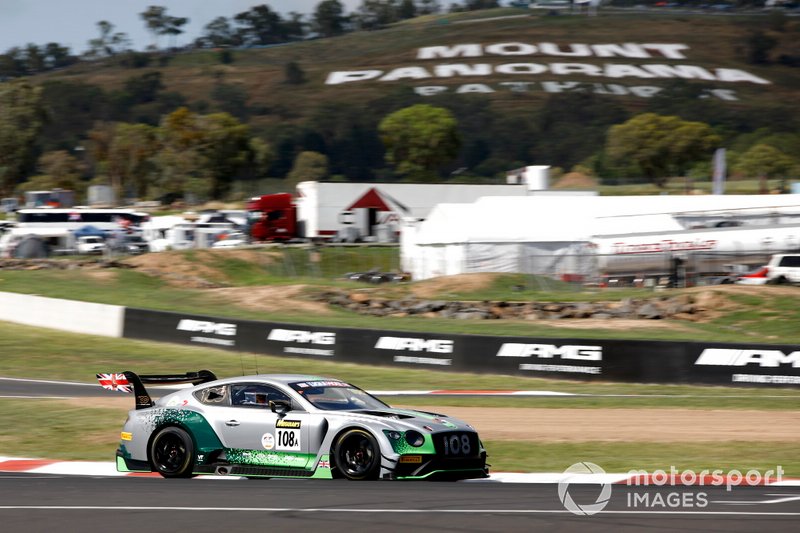 More from
Andy Soucek
Circuit of the Americas
SRO America