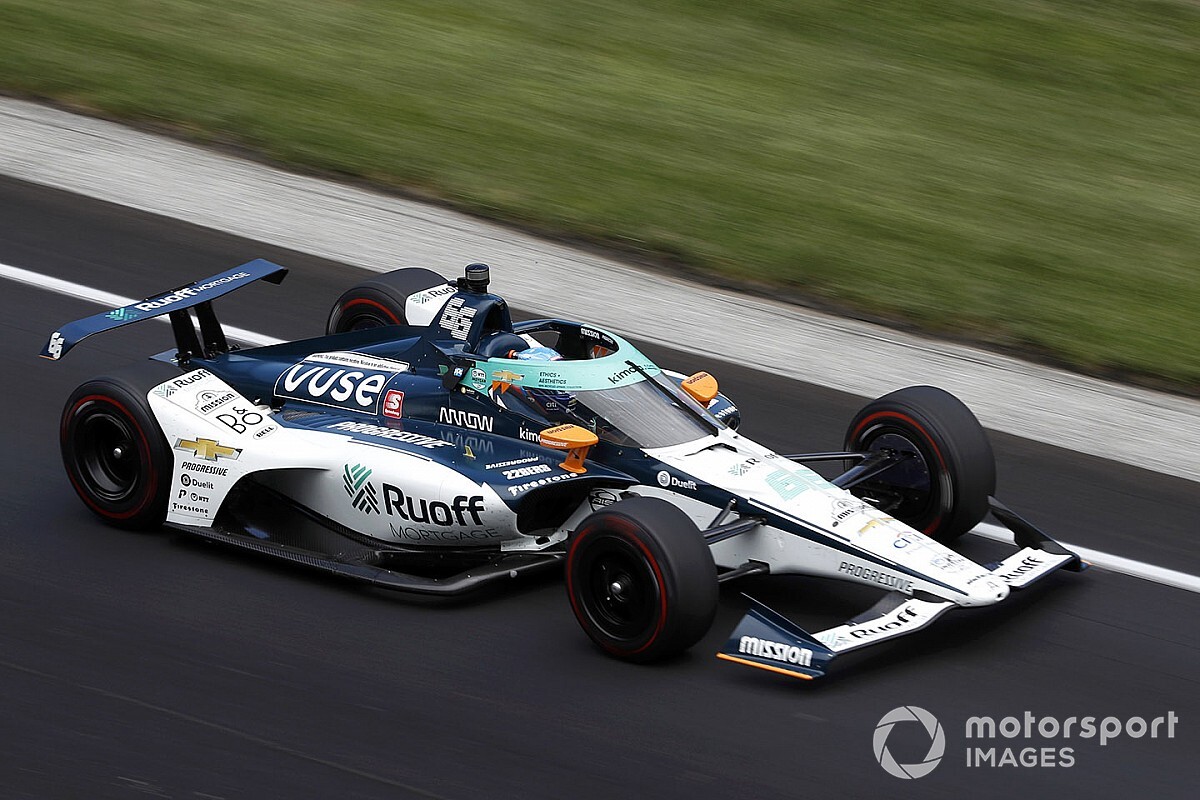 Last month Renault announced that in 2021 Alonso will rejoin the team with which he won the world championship in 2005 and 2006.

Alonso began his third attempt at the Brickyard classic this week, and in Thursday's practice session he had a heavy accident at Turn 4 which necessitated an extensive overnight rebuild of his Arrow McLaren SP car.

He still finished the day in eighth place, and the fastest of his team's three entries.

Abiteboul confirmed Alonso's own assertion that the Spaniard will not be allowed to return to the Indy 500 while under contract to Renault, even if there is no clash with a grand prix race weekend.

"Very straightforward," Abiteboul said. "The answer is that actually I'm hardly breathing until next weekend, actually, that he is stepping out of his racing car in Indianapolis.

"But I can be very clear that once he's with us, that's for good, and for a while. So no distractions."

Alonso himself stressed last week that he doesn't expect to return while he's driving for Renault.

"It's a good question," he said. "I think I approach the race knowing the next two years it's going to be impossible to come. I will have to miss qualifying weekend if I wanted to do so.

"I will not be any more with McLaren next year in F1 [so] that will not work either. I know at least for two years I will not be here.

"Look, this is the way it is at the moment. I'm here ready to enjoy the event, ready to give my best, and help the team as much as I can. Let's see in the future what are the possibilities. If you eventually win one day the race, maybe that opens the possibility for different things."