Albon to start Russian GP from the pitlane 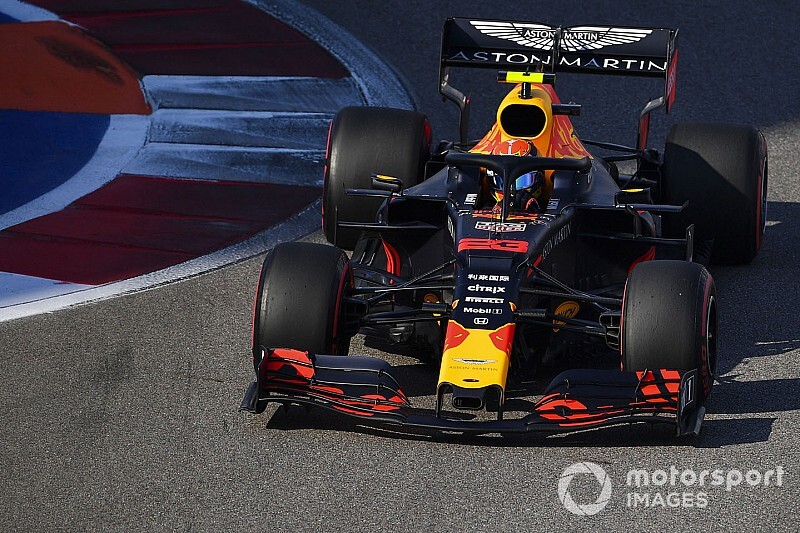 Alex Albon will start the Russian Grand Prix from the pitlane after his Red Bull Formula 1 team changed to a different-specification floor following his qualifying crash.

Albon crashed backwards into the wall at Turn 13 early in the first part of qualifying at Sochi, which brought out the red flags.

He had been due to line up 18th on the grid even with his own five-place grid penalty applied for taking a new Spec 4 Honda engine this weekend.

However, the FIA revealed on Sunday morning that Red Bull has replaced the floor on Albon's car to one of a different specification.

As that has occurred under parc ferme conditions, the matter has been referred to the stewards, and he has been assessed a pitlane start.

Red Bull and Honda have taken the opportunity to make further changes.

Albon has a new gearbox, which was expected after his rearward shunt, as well as a new turbocharger, MGU-K and MGU-H in his engine.

Speaking when he thought he would start from the back of the grid, Albon said: "It's a good track in terms of fighting and you can overtake - it's not a track like Singapore, for instance.

"So, we'll see, I think of course the strategy, we can now choose our tyre and everything like that, so we'll have a look at that and we'll see where we can be.

"I missed out on a bit of long running in FP2 with my floor damage, so we did get a bit in during FP3.

"It looked pretty good as well, so I'm not too worried. I've just got to make it work."

Sainz: All midfield drivers frustrated by F1 not airing battles

Challenging Mercedes in 2021 not realistic - McLaren