Public relations experts are well versed in knowing that Fridays are always a good day to bury bad news. And if they want to drop something that they hope won’t get picked up much at all; do it late on a busy Friday when everyone’s attention is focused elsewhere.

So during the final minutes of F1 testing, when the FIA dropped a statement out of the blue that it had concluded an investigation in to Ferrari’s 2019 power unit, suspicions quickly ramped up that there was more to this than met the eye.

For waiting until the moment when F1’s TV cameras were about to be switched off, team principals had already left the Barcelona paddock, and the world’s focus would be on who would top the final timesheets of pre-season running, seemed to be a deliberate tactic in trying to minimise the fallout of what had been issued.

Indeed, if you quickly glanced through the FIA statement, you could be forgiven for thinking that it was just a piece of boring administration: announcing that an investigation into Ferrari’s engine had been concluded and that nothing much had been found.

Here is a reminder of what it said:

"The FIA announces that, after thorough technical investigations, it has concluded its analysis of the operation of the Scuderia Ferrari Formula 1 Power Unit and reached a settlement with the team. The specifics of the agreement will remain between the parties.

"The FIA and Scuderia Ferrari have agreed to a number of technical commitments that will improve the monitoring of all Formula 1 Power Units for forthcoming championship seasons as well as assist the FIA in other regulatory duties in Formula 1 and in its research activities on carbon emissions and sustainable fuels."

Step back a bit and analyse the carefully worded statement, though, and you quickly realise that it is actually what wasn’t said that stands out.

For while the statement did not conclude that Ferrari had been cheating with its engine; equally it did not confirm that the team had been found to be fully in compliance with the rules either.

And the lack of a definitive answer one way or another has simply served to add fuel to the fire that something was indeed amiss last year with what Ferrari was doing.

To fully understand the situation, we have to rewind to the start of the 2019 campaign. From the second race in Bahrain, rival teams had already taken note of a change in the straight line performance of the Ferrari cars.

For just a fortnight after Melbourne, where Ferrari had had a lacklustre start to the campaign and had been losing time on all the straights and the corners: suddenly in Sakhir its performance advantage was purely down to the time it was gaining on the straights.

As the season wore on, rivals kept a close eye on things – and it became clear at Monza when, through studying GPS data and being aware that any straightline speed advantage there is down to power and not aero efficiency (as all teams run minimum drag), Ferrari was gaining as much as one second per lap on the straights.

That was the kind of advantage that rival teams could not explain nor understand. 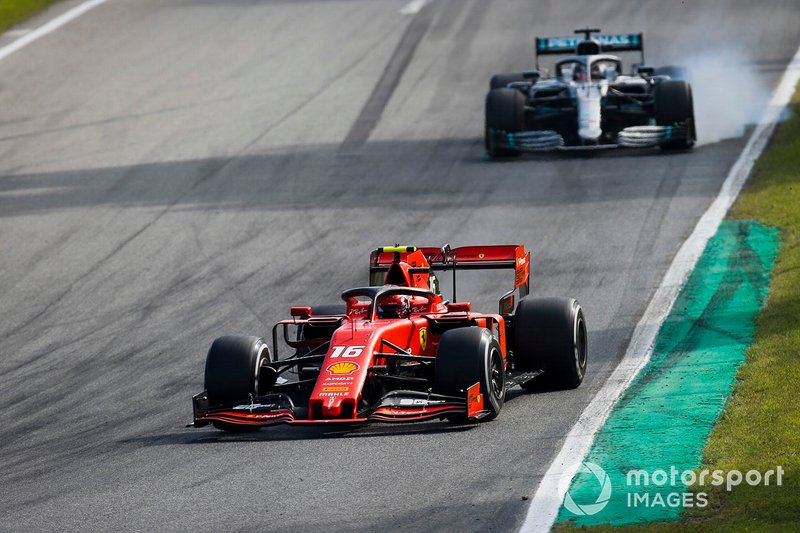 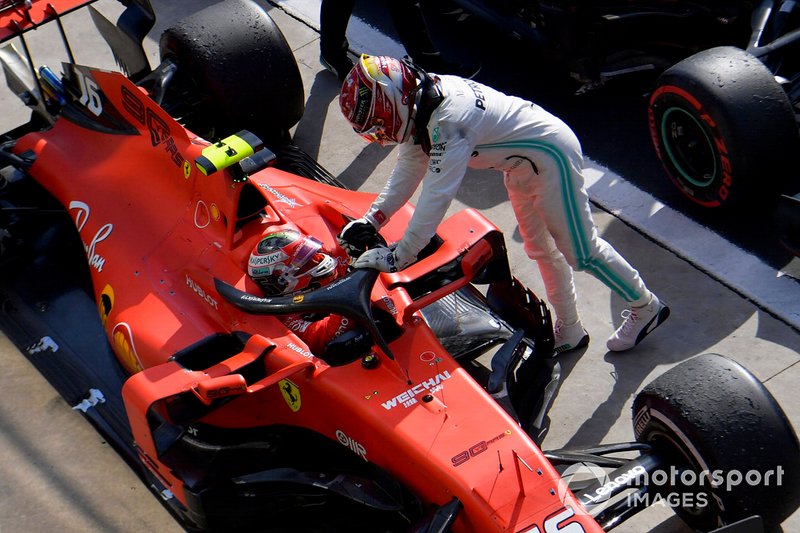 In the race, even with the advantage of DRS and a slipstream, Lewis Hamilton could do little about making a move stick on eventual race winner Charles Leclerc.

As the season entered its closing stages, rival manufacturers continued to be baffled about the nature of Ferrari’s advantage – and two theories emerged about what the Italian outfit could be doing.

The first was that it could be using a controlled leak through the intercooler to allow oil to be able to enter the combustion process and help provide a temporary power boost.

The second theory was that Ferrari had management to briefly exceed the 100kg/h fuel flow rate limit between the points where FIA measurements were taken. The extra fuel getting to the engine could then be used for more power.

Despite the suspicions, Ferrari was checked by the FIA and nothing untoward was ever found. The car passed scrutineering checks at each race.

Before the Mexican Grand Prix, though, Red Bull wrote to the FIA asking for clarification about whether or not utilising a system that got around the fuel flow sensor would be allowed. Such queries are often done to root out what rivals are doing,

The governing body responded by stating that such a system would not be allowed. It was clear that gaming the fuel flow rate to boost it between the point that measurements were taken would be against the rules.

The FIA’s head of single seater matters Nikolas Tombazis reminded all teams, in the form of a technical directive on the eve of the United States Grand Prix, that two technical regulations would make such fuel flow functions illegal.

Article 5.10.3: All cars must be fitted with a single fuel flow sensor, wholly within the fuel tank, which has been manufactured by the FIA designated supplier to a specification determined by the FIA. This sensor may only be used as specified by the FIA. Furthermore, all fuel delivered to the power unit must pass through this homologated sensor, and must all be delivered to the combustion chambers by the fuel injectors described by Article 5.10.2.

5.10.5: Any device, system or procedure the purpose and/or effect of which is to increase the flow rate or to store and recycle fuel after the measurement point is prohibited.

When Ferrari’s straightline speed performance duly took a dip in Austin – and the advantage that had been so clear in the weeks before the race disappeared – rivals were quick to surmise that something was not quite right.

In fact, Max Verstappen caused quite a stir when he told Dutch TV channel Ziggo Sport about why he felt Ferrari’s pace had fallen away in Austin.

“That’s what happens when you stop cheating, of course,” he said. “But yeah, they had a good look at it. So now we have to keep a close eye on it, of course.”

Ferrari was angry at what Verstappen had said, with Charles Leclerc suggesting that the Dutchman’s remarks were out of order.

Leclerc said: “I think it is a joke, to be completely honest. He has no clue. He is not in the team. We know exactly what we are doing. I don’t know why he is speaking. He doesn’t know anything about us.”

Pushed later to explain why Ferrari’s straightline speed advantage had disappeared in Austin, team principal Mattia Binotto said it had been a combination of the team running an older spec power unit in Leclerc’s car – following a failure in practice – plus the team trialling downforce experiments to run more wing to try to boost its cornering performance.

Rivals remain unconvinced though. There was some talk of one of Ferrari’s opponents going as far as a protest at one of the end-of-season races to bring matters to a head once and for all, but in the end it never happened. 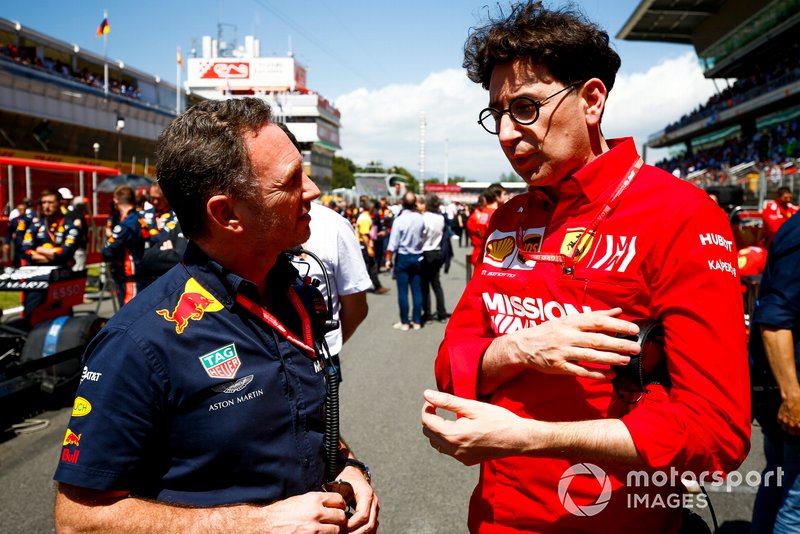 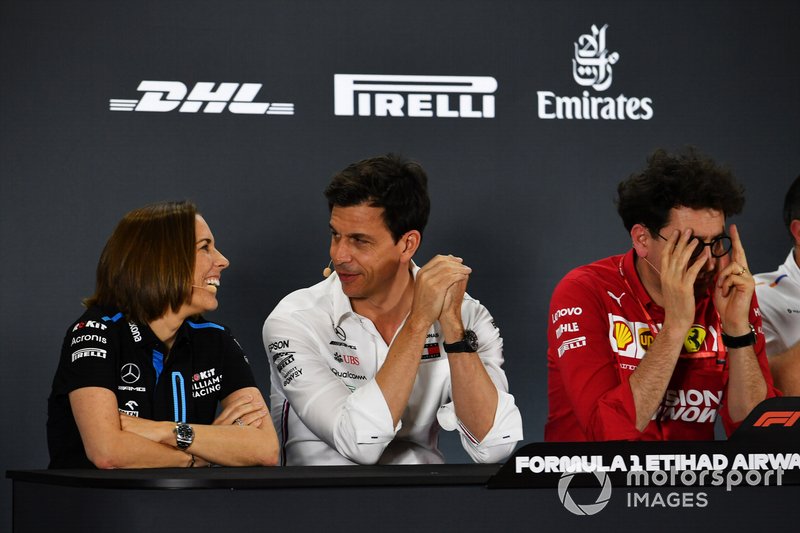 And as Ferrari’s season ended, with a fresh technical directive emerging saying that teams would be ordered to run two fuel flow sensors from 2020 to prevent teams getting around the restrictions, the chatter over Ferrari’s power unit fell away a bit.

In public at least, rivals seemed happy that the change of rules for 2020 would stop teams exploiting the fuel flow sensor matter (despite a still unexplained issued regarding a discrepancy over Ferrari’s pre-race fuel levels at the Abu Dhabi Grand Prix).

"They [the FIA] are definitely doing everything they can to ensure that the complexity of these engines is policed in every area," said Red Bull’s Christian Horner at the end of the season.

"And I think they're just making more and more steps to ensure that grey areas are made very clear."

But behind the scenes, and unknown to the outside world, the FIA began a formal investigation in to the Ferrari power unit to fully understand what had been happening.

That lengthy and detailed investigation resulted in Friday night’s surprise statement, which caught rival teams by surprise both with its timing and what it said.

For it was clear that the implication of the FIA statement was that there had been some kind of plea bargain: that in exchange for Ferrari offering help in tipping off the FIA how better to police the fuel flow rules and other duties in F1, plus help with research for sustainability, a line would be drawn under the engine affair and the investigation would be called off. 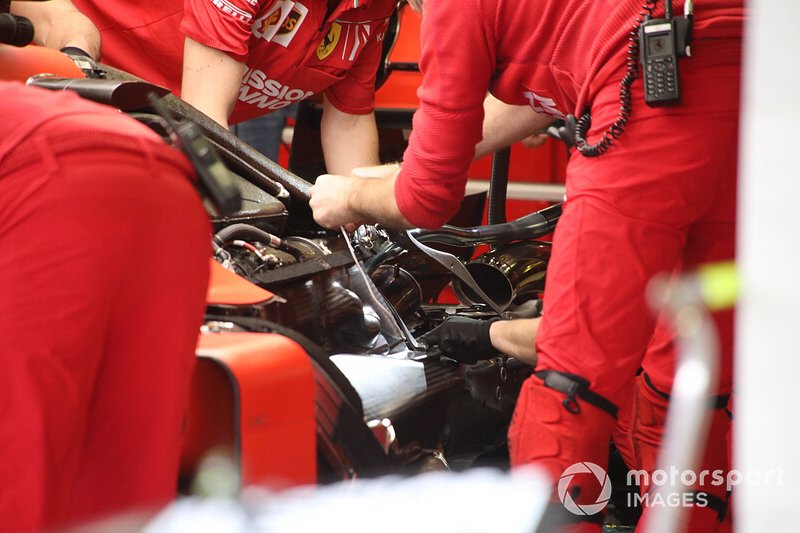 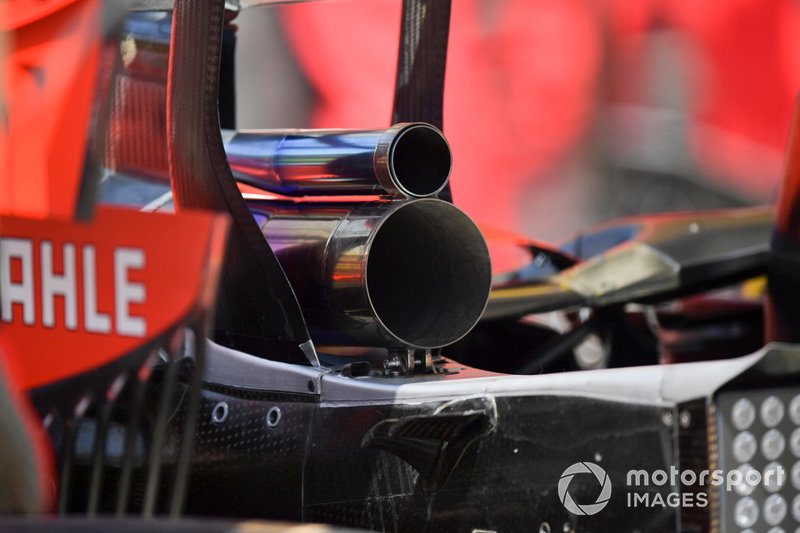 Engine on the Ferrari SF90

On one side, it could be that the FIA was unable to prove beyond all doubt that Ferrari had actually broken the regulations with its power unit in 2019.

On the other side, Ferrari was probably unable to prove to the FIA beyond all doubt that it had been fully within the regulations at all times.

In that scenario, there would therefore be only two options.

The first would be to take the matter to court for a definitive ruling and risk lengthy legal proceedings that would probably end up with nobody coming out a winner and the sport being dragged into a massive and potentially damaging controversy.

The other way forward, as happened, would be agree to disagree over the matter, try to draw a line on it and move forward for 2020 with more robust procedures in place to make sure no teams can game the system in the future.

But hopes that sneaking a statement out to try to bury it may not ultimately succeed in bringing the matter to a close: for the vagueness of what has been said has only served to ramp up suspicions.

And it likely means that when F1 teams get together again in Melbourne before the first race of the season, the talk may not be about the year to come but instead, about what did or did not happen in 2019.

What testing told us about F1 2020’s formbook