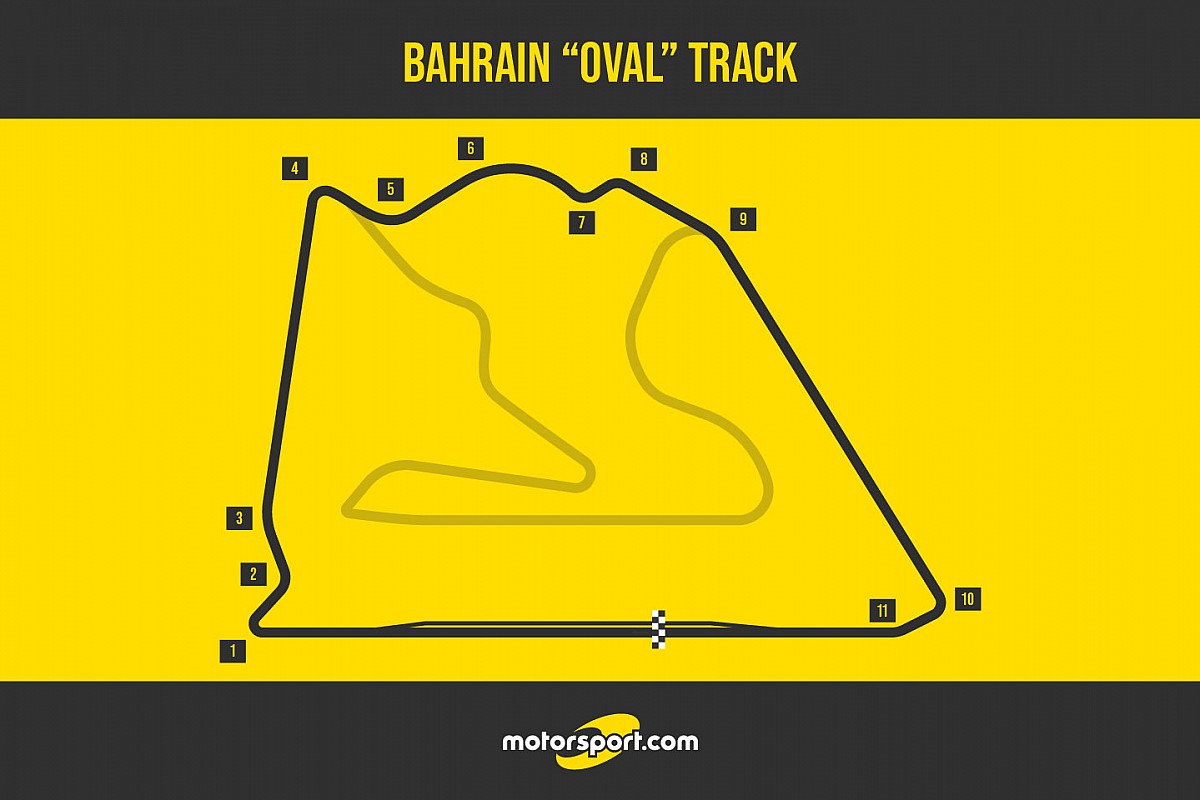 Formula 1 managing director of motorsports Ross Brawn has suggested that Bahrain could host two races on very different track configurations – including one on “an almost oval track” that doesn’t include the familiar tight infield section.

F1 is exploring the option to run races in Bahrain on November 29 and December 6, followed by the finale in Abu Dhabi on December 13. Bahrain is licensed to run F1 cars on its various track configurations, and a slightly longer version of the regular Grand Prix track was used in 2010.

Brawn has hinted at which the possibility of using the “Outer Circuit,” which is comprised mainly of fast corners. It leaves the regular Grand Prix circuit at Turn 4, before rejoining it at Turn 13.

“One of the nice attractions of Bahrain is it has many configurations,” Brawn told F1.com. “So we could go to Bahrain and race on two different tracks there.

“There’s a nice sort of almost oval track that would be quite exciting, and all the layouts have a Grade 1 licence with the FIA, so that is an option in the pocket. Using two configurations involves quite a lot of work for the riggers – for example the timing needs setting up for two tracks so you need plenty of notice. That’s something we have to take into account.”

F1 is struggling to firm up a schedule of flyaway events to follow the last scheduled race in Italy on September 6, with the Azerbaijan, Singapore and Japanese Grands Prix all expected to be officially cancelled soon. Extra races in Europe remains the most likely way to fill the gap.

“There are a number of good European tracks where we could add another one or two races on to make sure we have a comprehensive season,” said Brawn. “We’re not going to declare it yet, as it’s still a work in progress.

“What we really want to avoid is announcing and changing it. We also need to announce it in enough time so people can make plans. We hope some races in the second half of the season will have spectators, so we need time for ticket sales and promotion to take place.”

Having been postponed from Canada has yet to join the list of cancelled races, and it has been suggested a possible replacement for Singapore in September.

The first Canadian GP in 1978 ran as late as October 8, and the next three events were held in the last week of September.