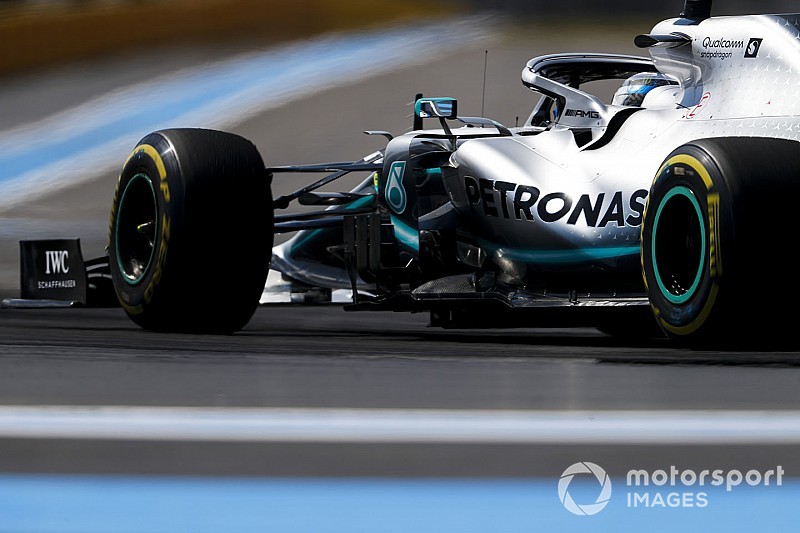 The Finn had looked to hold the edge over Hamilton heading into the Q3 shoot out session, but says his hopes were dashed when a change of wind direction meant gains in the chicane were wiped away on his first run.

"From my side, Q3, the first lap felt okay but the wind direction changed throughout qualifying and in Turns 8 and 9 [the chicane], I think I was kind of struggling all weekend a little bit but at some point I found some good lines there," explained the Finn, who ended up qualifying second.

"But they didn't work with that wind direction, so it was small details here and there, not massive things."

Bottas said that his hopes of improving on his second run were then wiped away by the lack of a tow.

"On the second run I was a bit unlucky with no cars ahead," he said. "I got no tow at all and was losing out on all the straights.

"I tried to make most out of the losses in the last few corners and lost it, so it is unfortunate. I was hoping to be on pole but second is a good place here as it is a long run into turn one."

Hamilton admitted that he had had to be "dynamic" to adjust his driving to the changing wind conditions – but in the end he too had had one of the best laps of his career wrecked by a gust on his second Q3 effort.

"In Q1 and Q2, Valtteri had the edge and I was still dialling in the car, and once I got into Q3 I knew where I had to find the time and I just had to go and do it," he said.

"My first lap was fantastic, I was really, really happy with it, but it was still relatively close and I had to find some more areas where I could improve.

"So I went out for the second run and I was on for one of the best laps I've done for a long time...I was up I think four-and-a-half-tenths coming to the second to last corner and it is really gusty out there and I just lost the back end either through that or going too quick."

Leclerc explains why he asked Ferrari to hurry Vettel