A quirk in Formula 1's rules allowed Valtteri Bottas's laptime in Italian Grand Prix qualifying to count despite him crossing the finish line after a red light emerged. 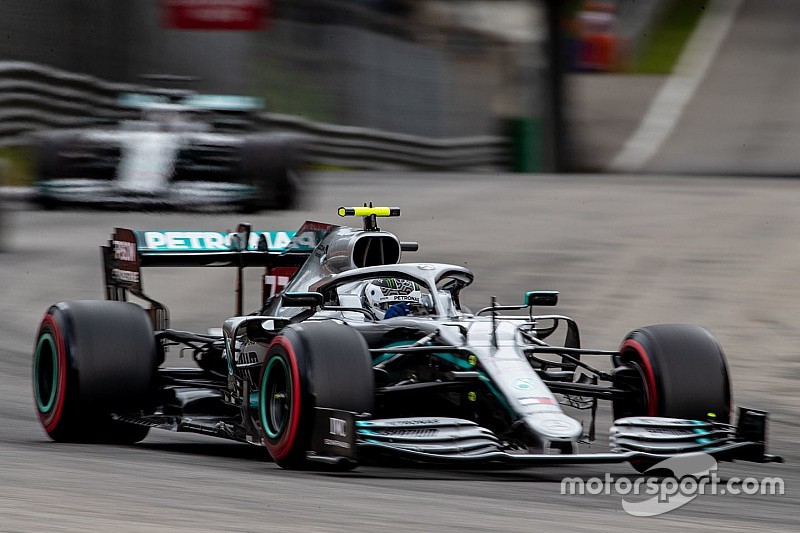 Kimi Raikkonen crashed at the end of the first runs in the final part of qualifying at Monza.

Several drivers had already crossed the line by the time the red flags and lights were deployed seconds later.

However, onboard video from Bottas's Mercedes shows he passes a red light just before completing his lap.

Bottas also received a warning on his dash immediately, before crossing the line, and was told by his team that the red flag is out just afterwards.

He was not given a time initially and was told by his engineer he was the first car without a time, then completed his in-lap under the impression the lap did not count.

However, several minutes later, Bottas was credited with a 1m19.354s to go third fastest.

That handed him a third-place start after the farcical end to qualifying meant most drivers failed to cross the line in time to start their final runs and nobody improved.

Without being credited with that laptime, Bottas would have to start Sunday's race ninth.

Motorsport.com understands the reason Bottas's laptime was counted is because of how a session being suspended under a red flag is classified.

Although the red light was triggered on the marshal post before Bottas's lap ends, the red flag was registered by the official timing system fractionally later.

This is because of a tiny delay between the order being given for red flags and lights to be shown at all marshal posts, and the FIA's official messaging system being updated.

It is the moment the "red flag" message appears on the official messaging system that counts as the suspension of the session.

Bottas's time is therefore valid as he crossed the line before the session was officially suspended.

After qualifying, Bottas actually felt he was "quite unlucky" as he says the lap time that eventually counted for third was slightly slower than it would have been without Raikkonen's crash.

Vettel given "benefit of doubt" over track limits in Q3