Mercedes Formula 1 driver Valtteri Bottas says there's "more to come" despite topping the times in practice in Russia on Friday. 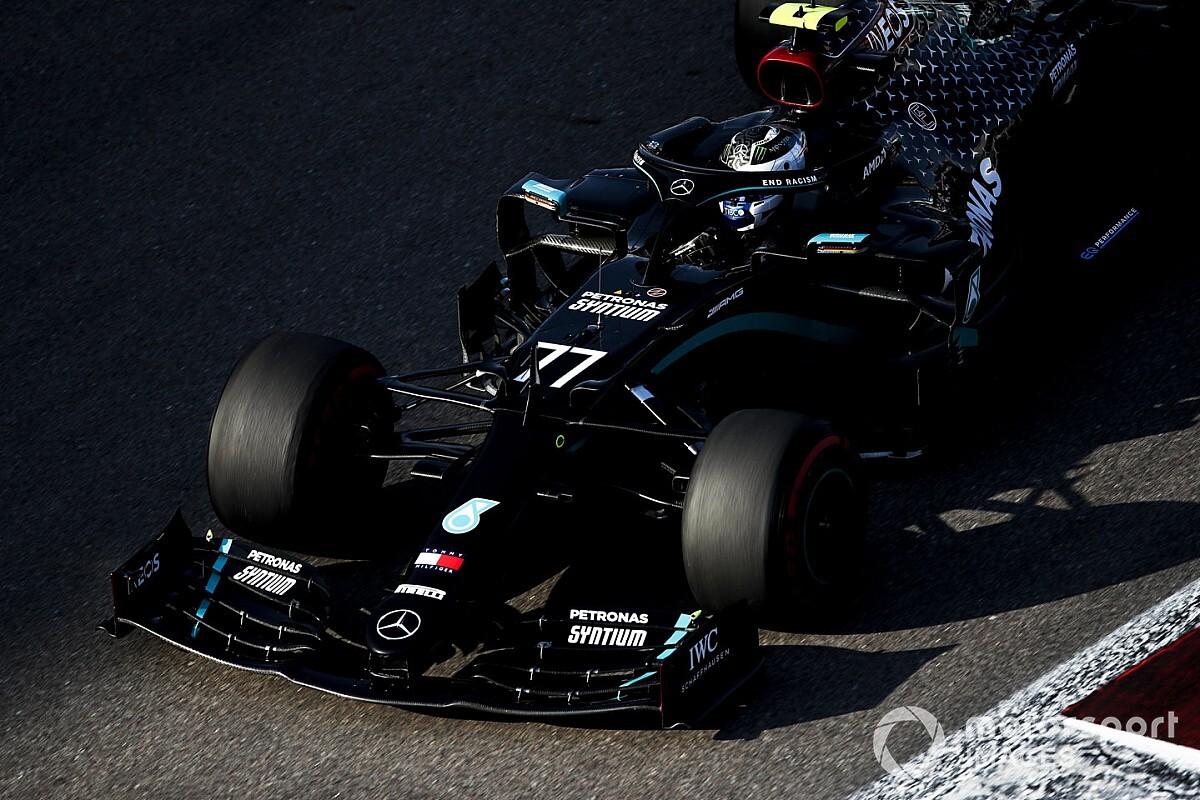 The Finn outpaced teammate Lewis Hamilton by 0.267s in FP2 after both men had scrappy days on a track that saw many drivers make mistakes.

"We got actually a lot of running, and I still didn't quite get all the sectors right on my fastest lap. So there's still definitely more to come," said Bottas.

"Actually, quite tricky conditions today. And that's why we saw many people making mistakes.

"It seemed like, especially on the low fuel runs, I was always struggling quite a bit with the rear end.

"So something to have a look at there. It was more like a rally driving style than F1 driving style. I'm not sure it was the fastest way around!

"As I said earlier, there's still a lot of time on the table and also set-up wise, I think. Sector One, Sector Two feels really good, actually. But Sector Three, a bit too nervous, and if we can get it right I'm sure there's more time."

Hamilton also expects to find time in the car on Saturday, although curiously he was satisfied with its performance in the final sector of the lap, while Bottas was more comfortable with the first two sectors.

"I didn't feel like I was particularly quick today," said the world champion. "It didn't start off very good. P1 was pretty poor, I had a lock-up at Turn One on the soft tyre, then went out on the hard tyre, and completely destroyed the tyres. So P1 was scrap.

"And so into P2, it started off a lot better. Just a little bit down in the first and second sector, but the last one was nice. So I haven't put them all together yet, but it's a work in progress. There's just some things I need to improve on, on the driving side, and then just set-up wise.

"It's like taking one step forward at a time. If obviously you don't take any steps forward in the first practice, you're starting from behind into the second one.

"But nonetheless, I think the car's been performing really well. I've got a lot of work to do tonight, but it's nothing new."

Given that he wasn't entirely happy Hamilton was surprised by the gap to the rest of the field, led by Renault's Daniel Ricciardo.

"I mean even for us it doesn't really feel that great out there, to be honest. The grip is quite poor, there's a lot of sliding around.

"And yes, I was just surprised to see that gap. It must feel even worse for those that are behind. The track will grip up and things might close up tomorrow."