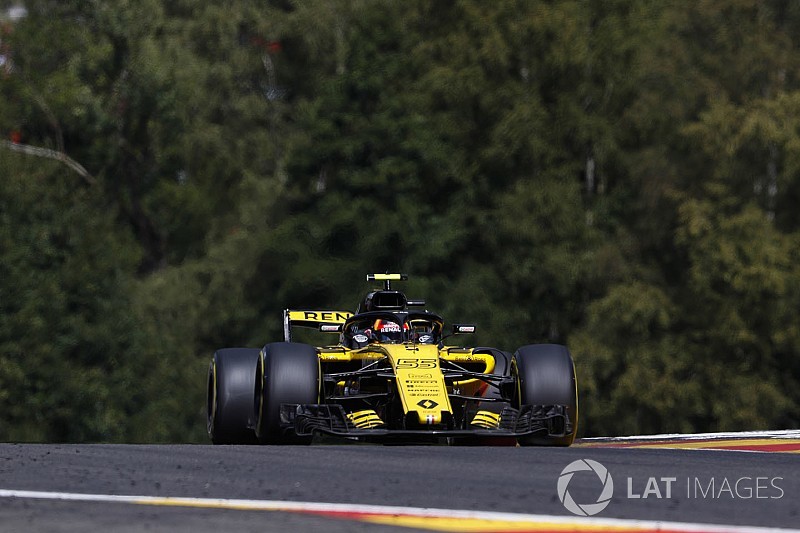 Carlos Sainz and Stoffel Vandoorne will start from the back of the Belgian Grand Prix grid after taking new Renault Formula 1 engines ahead of the race.

Both drivers were knocked out of the first part of qualifying on Saturday so were due to start near the back anyway, and have taken the opportunity to get a complete new set of engine components.

Renault driver Sainz had hinted at a possible pitlane start, but the only change other than his new engine – which drops him to 19th – is a replacement right sidepod.

Vandoorne, who qualified slowest as he fights for his McLaren future, has a new seat as well as his engine changes and will line up last.

Their penalties promote Mercedes' Valtteri Bottas to 17th and the other Renault of Nico Hulkenberg to 18th, after both drivers had their own engine changes confirmed earlier in the weekend.

The FIA has also confirmed a number of other changes that do not result in amendments to the grid.

Qualifying star Esteban Ocon will have a replacement front wing, but will be able to start from third because it is the same specification as before.

Sauber have made changes to both its cars after different problems in qualifying.

Charles Leclerc has new front brake friction material, while Marcus Ericsson's Ferrari engine has a new spark plug and changes around that, indicating it dropped a cylinder on Saturday. 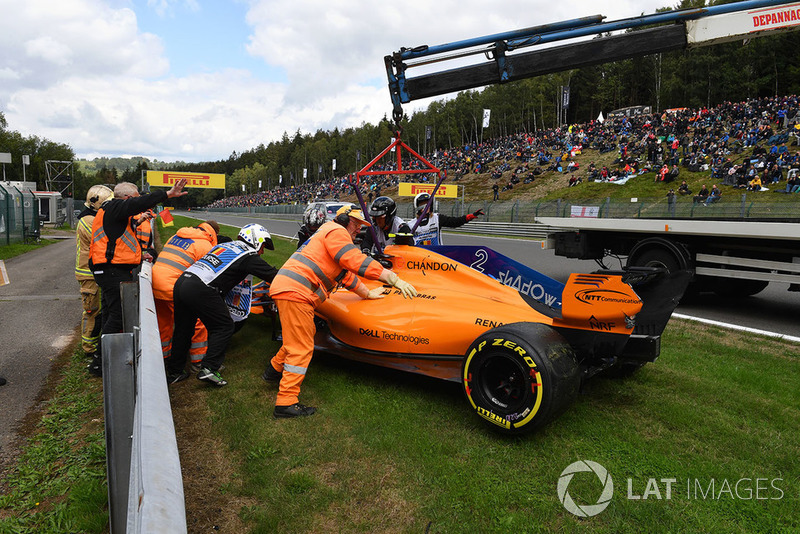 The crashed car of Stoffel Vandoorne, McLaren MCL33 is recovered in FP3

Live: Follow the Belgian Grand Prix as it happens