Ferrari changes engine on both F1 cars after Vettel failure

Ferrari has changed the engine on both of its cars heading into final Formula 1 practice for the 70th Anniversary Grand Prix following Sebastian Vettel’s failure on Friday. 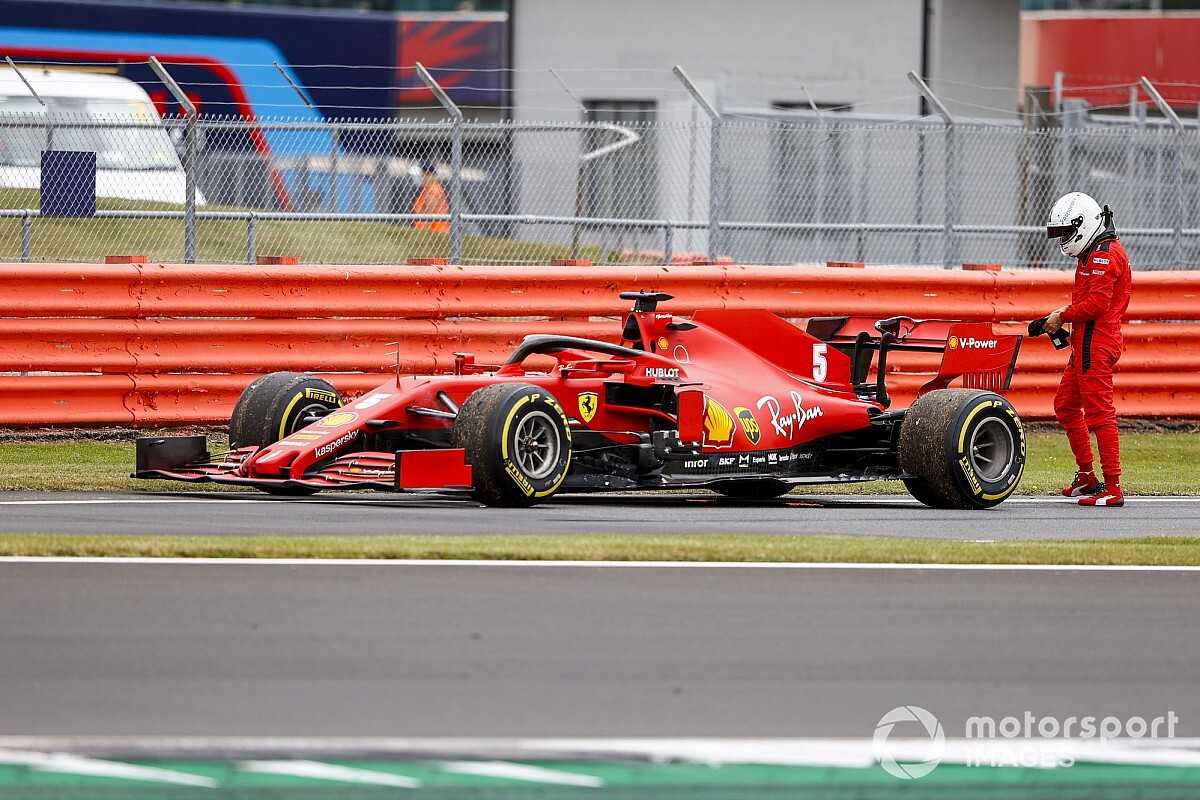 Vettel was forced to park up at the side of the track towards the end of second practice on Friday afternoon as a failure on his engine caused him to lose all power, with fluid leaking from the bottom of the car.

Ferrari revealed after the failure that it would be replacing the power unit on Vettel’s car, and sent the failed parts back to Maranello for further analysis.

Formal confirmation of the changes came from the FIA on Saturday morning shortly after the start of final practice at Silverstone, with Vettel taking a new engine, turbocharger and MGU-H.

But Ferrari also moved to make the same changes on teammate Charles Leclerc’s car as a precaution following the issues.

“After yesterday's engine failure on Seb's car, as a precaution we have changed Charles' power unit,” a Ferrari spokeswoman said.

“This is also penalty free as we have not exceeded the number of components allowed in the regulations.”

It marks a second usage of each element for both Vettel and Leclerc this season, with both remaining on their first MGU-K, energy store and control electronics.

The FIA regulations currently set a limit of two elements for the season for each part, but this is set to change as more races are added to the calendar beyond the current tally of 13.

Vettel said he had “no warning’ that his engine was about to fail in second practice on Friday, finishing the session down in 14th position.

“It was very sudden, and obviously a failure,” Vettel said.

“So now we have to see what it is, but it will probably take a couple of days, because the engine will get shipped back and then analysed.”

Ferrari is not the only team to have made engine changes ahead of the second Silverstone race weekend.

Red Bull drivers Max Verstappen and Alexander Albon have both received fresh Honda power units, while a raft of other drivers have also made some element changes.

Any new parts remain the same specification as those previously used due to a freeze on power unit development through the 2020 season.