Ferrari "much closer" to the cars around us - Vettel 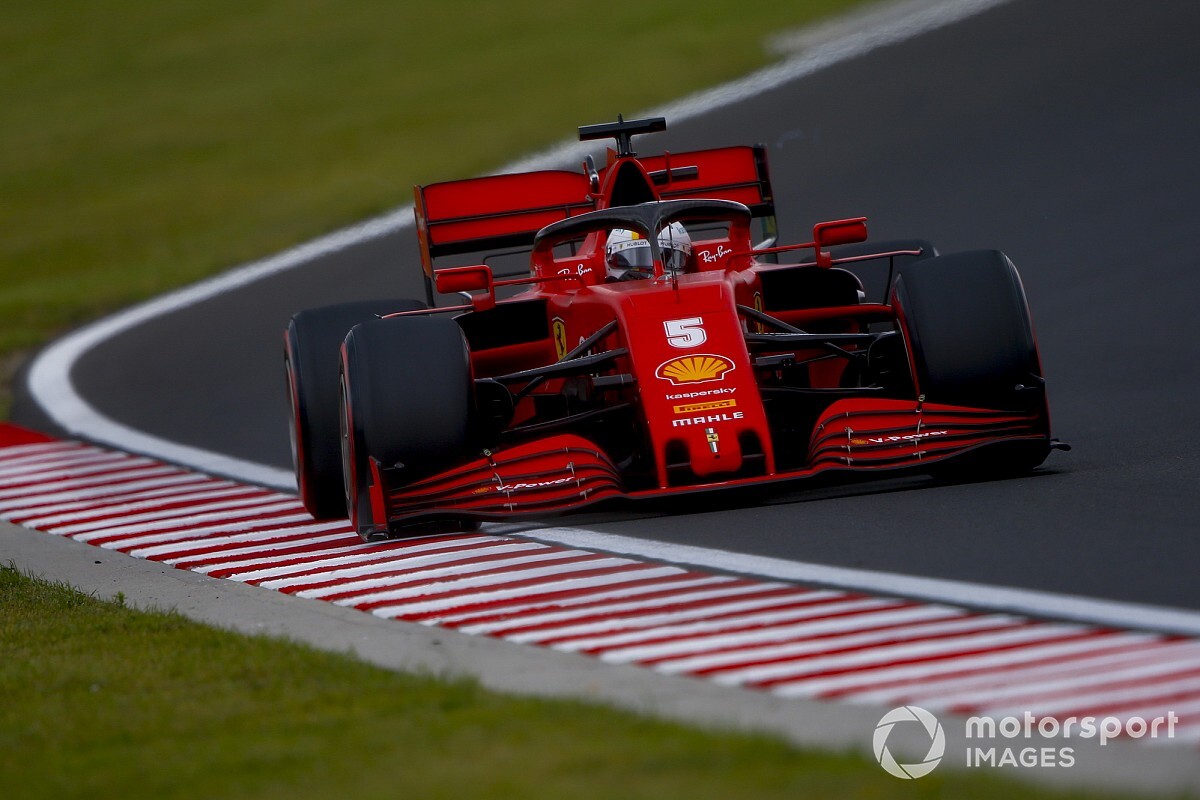 Sebastian Vettel says that the Ferrari Formula 1 team showed a "much better" performance in Hungary with the aero update package despite a significant gap to the pace-setting Mercedes.

Vettel and teammate Charles Leclerc qualified fifth and sixth in Hungary after both men reached Q3 for the first time in three attempts in 2020.

Vettel acknowledged that the lack of straights relative to Austria had played in the team's favour, and allowed it to showed improved competitiveness against everyone bar Mercedes, with pole man Lewis Hamilton 1.3s clear of the German's own best lap.

The Ferraris are the leading cars starting on the soft tyres, with both Mercedes and both Racing Point drivers ahead on the medium.

Ferrari didn't get a proper read on the update package that was introduced for the Styrian GP because of the rain on Saturday and the double early retirement after a first lap collision.

"I think it is much better than the previous weekend," said Vettel. "For the first time we have both cars in Q3, so I think we know that Austria didn't really suit us and we lost a lot of time in the straights, and here I think there are a lot more corners to make up for it.

"The car felt better balanced as well, so I think we are much closer compared to the people around us, let's say Racing Point, Red Bull and even McLaren, so that is positive.

"And we need to make sure we keep that up, and now all that matters is to prepare for the race tomorrow. We start on the soft, people ahead of us are on the medium, people behind us on the soft again, so it is a lot of work for us tomorrow, and we will see what we can do."

Asked if he was hopeful of a good race, he said: "You can always hope, the question is whether your hope is realistic, but I am here to race, we are here to race and here to win.

"So at the moment it is not like we have the pace to dominate and win on our own, but we will see what happens tomorrow. I think as I mentioned tyres will be crucial as we are on a different strategy as we had to go on the softs to make Q3.

"We take it from there, so I think it will be an interesting race tomorrow. And I don't know, the weather could play a role, so we need to make sure that we are sharp and we do our job."

Leclerc agreed that the team has made progress.

"Yes, it feels much better, fifth and sixth," said the Monegasque driver. "And I think our race pace is a bit better than our qualy pace, so hopefully we can score some good points for the team tomorrow.

"It was a difficult session on my side as I struggled a bit with the driving in Q1 and Q2 but got better in Q3."

Bottas 'frustrated' after believing he had shot at pole

Verstappen says "something is not working" in Red Bull's car