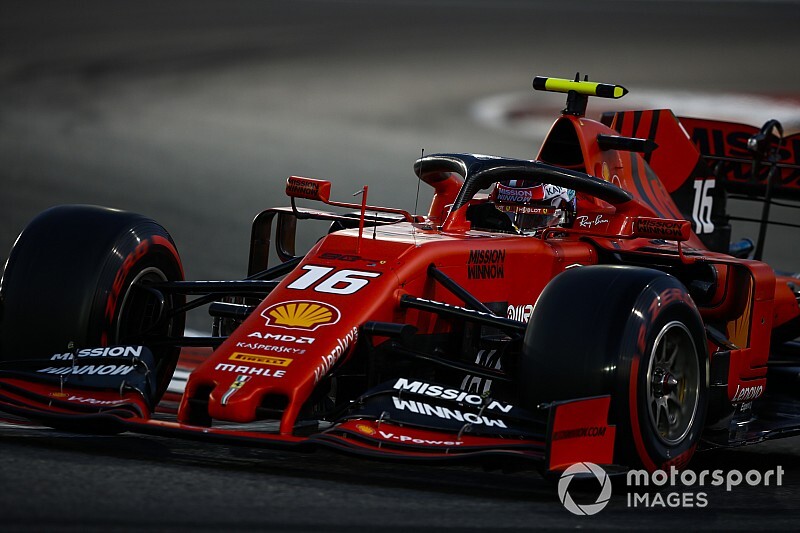 Ferrari has been summoned to the stewards for a “significant difference” in the amount of fuel in Charles Leclerc’s Formula 1 car prior to the Abu Dhabi Grand Prix start.

A report from FIA technical delegate Jo Bauer issued less than an hour before the start of the race said the fuel declaration of Leclerc's car was checked before he left the pitlane.

According to Bauer, there was a "significant difference" between the declaration of the team and the amount of fuel inside the car.

Bauer said this was not in compliance with FIA technical directive 12-19, which is believed to be one issued earlier this year.

That technical directive, issued before the start of the season, lays out the procedures of how fuel is measured pre-race and what teams are required to do. It is what the FIA uses as the basis for the fuel measurement.

The potential punishment Ferrari could face is unknown, and the matter has been referred to the stewards for their consideration.

However, it will not be investigated until 19.45 local time – roughly one hour after the scheduled end of the race.

When asked by Sky Sports F1's Martin Brundle on the grid, Red Bull team principal Christian Horner said: “The interesting word is significant – a 'significant' difference. The technical regulations are black and white. It’s obviously gone to the stewards for them to decide. Usually with a case like that it’s either legal or it isn’t.”

When Brundle asked if he thought that would result in disqualification, Horner replied: “If you look at the technical reg, theoretically, I can’t see how he won’t be.”

Leclerc is due to start the Abu Dhabi GP from third on the grid.

He is fighting Max Verstappen, who starts second, for third in the championship and trails the Red Bull driver by 11 points.

Abu Dhabi GP: The race as it happened