Four good races doesn't mean "everything is fantastic" in F1 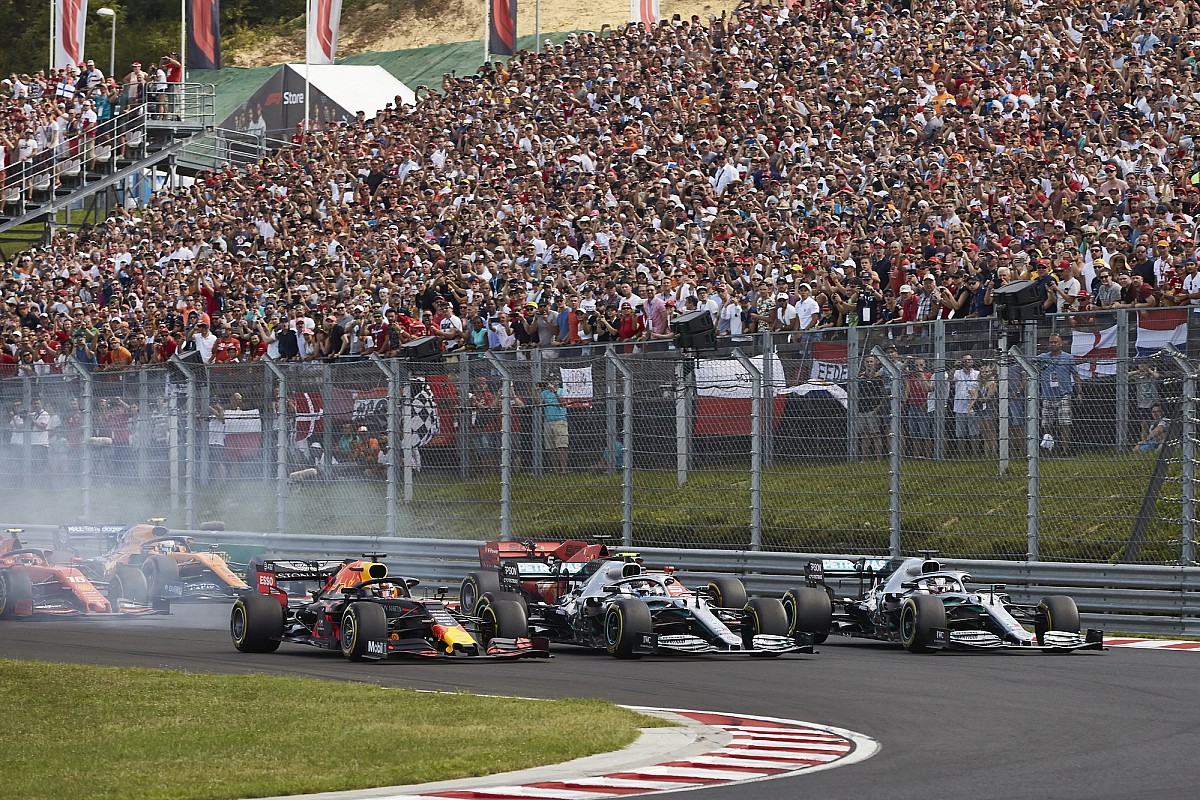 Haas team boss Gunther Steiner has warned Formula 1 chiefs not to think that "everything is fantastic" in the sport despite having enjoyed four entertaining races in a row.

Despite the streak of thrilling events, Steiner believes F1 should not get carried away and continue to push for the necessary changes to make sure it puts on good show all season long.

"You need to be cautious that we had good shows and never forget that we don't want to kill it, because we had four good shows," Steiner said.

"We still need to make it better in general, you know, level playing field, because this can be the most exciting sport in the world, in my opinion, so we never have to forget that.

"Not that because we had four good races it's all good now. Somebody is having a billion [dollar] budget, and living in this dream world. We had four good ones, but there is always the risk that we'll have four bad ones. Then we complain. We are too reactive.

"You need to keep I think the bigger picture in mind. Yeah, we had four good ones, thank you, but we want 21 or 22 of those. That's what I would be doing, trying to focus on that one. To have them all good and work towards it."

Steiner insists the sport's main priority needs to be closing up the field, starting with the reduction of costs.

"We need to keep the big picture in place and for me the big picture is the budget cap, which is coming," he added. "The first one, as I always say, will not solve all the problems, but this is a step in the right direction.

"And keep on going with it, let the people race more. You know, I am fully for it, and work on that one. But not that we can now say that because we had four good races everything is fantastic, because it isn't."

Max Verstappen won two of the last four races and fought for victory against Hamilton in Hungary, where the Dutchman had to settle for second.

Red Bull team principal Christian Horner believes Verstappen has been the main reason why the last few races have been exciting.

"Thank god for Max Verstappen and Red Bull in F1 at the moment because otherwise it would be a pretty boring show," Horner said.

"It is great, races like [Hungary], even though we didn't come out on top, for F1 that is what fans want to see.

"The last four races have been great races after the borefest of France and hopefully with the tracks coming up there is more exciting racing to come and if the grid does concertina we can have Max racing against Lewis and Ferraris up there as well. It is bright for the future."

Sainz doubts McLaren will break out of F1 midfield in 2019