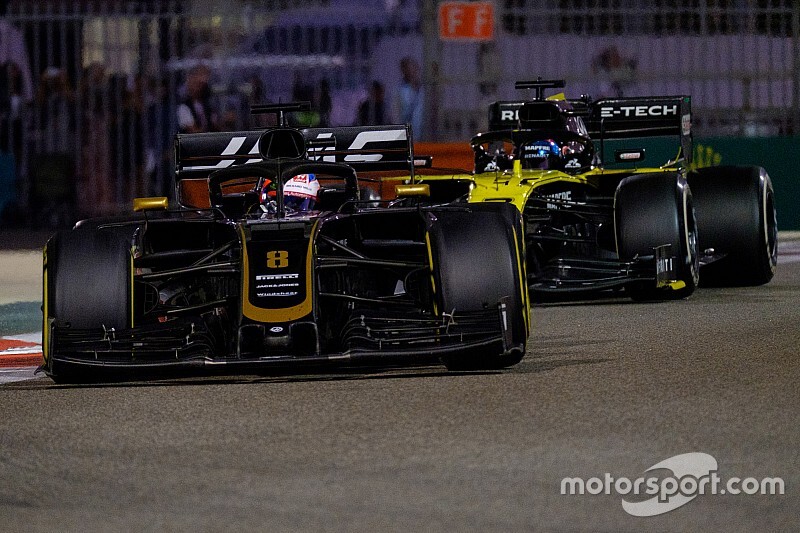 Haas F1 boss Gunther Steiner says it would be "very naive" to believe a team like his could fight for race wins from the 2021 season.

A planned overhaul of the technical regulations - plus the introduction of a budget cap - is hoped to end up mixing up the field after years of domination from Mercedes, Ferrari and Red Bull.

However, as team owner Gene Haas considers the future of his squad in Formula 1, Steiner reckons it would be wrong to try to convince the American that 2021 will present a chance to fight near the front.

"It's very naive. It's not going to happen," Steiner told Motorsport.com about the prospect of smaller teams fighting for wins in 2021.

"He's got a good enough understanding that if I tell him he can win in 2021, he might say 'he doesn't know what he's doing'. I would have to agree with him. So, I don't know.

"But, as I said, there is still so much open issues here that at the moment I don't know if he should make a decision now."

F1 will introduce a costs limit of $175m - excluding driver salaries and fees associated with engines - in 2021, and will be in place until at least the 2025 season.

Steiner thinks the cap doesn't go far enough in helping smaller outfits and says a "second step" will be necessary in order to allow a team like Haas to make a big jump ahead.

"I think there needs to be a second step in the budget cap because otherwise it just won't happen, because the financials, the payouts I don't think are getting this good that in the future that the smaller teams can reach the levels of the budget cap, the top level," he said.

"I don't think any of the smaller teams are prepared to spend that amount of money because there is no return on investment at some stage.

"So, for sure it should close the gap in maybe already in '22, but in '23, but a good step would be to make a second go at the numbers and I think nobody would disagree with that."