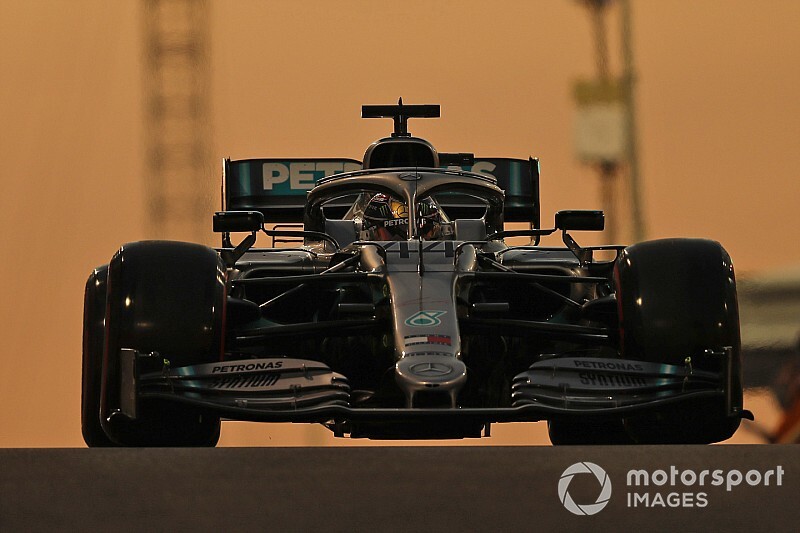 Formula 1 world champion Lewis Hamilton says his "exploratory experience" with set-up in the final two races of the season is making his Mercedes "more erratic".

Hamilton wrapped up the drivers' title at the United States Grand Prix, while Mercedes had secured the constructors' championship two races earlier in Japan.

That led Hamilton to declare the final two weekends of the season in Brazil and Abu Dhabi would be used to trial new approaches ahead of 2020, but the six-time champion said after the final Friday practice session of the year it was yet to yield a breakthrough.

"I'm pushing the car into a different place in these last two races just to explore. It's easy to go too far but I'm sticking with it hoping that it works.

"We already know what does work and I'm just not keen to do what does work, I'm really trying to see if there's anywhere else I can exploit the cars and tyres.

"That's making it more erratic and not as smooth flowing and as simple as my driving side."

Hamilton described his Friday as slightly "unusual" and said he struggled to get into a "rhythm" around the Yas Marina circuit.

While Bottas topped both sessions, Hamilton ended the day three tenths slower than his teammate and said his experiments were "making it a little more difficult for myself than it needs to be".

However, he insisted that he felt the need "to go through that process to see if I can edge a little bit more for the future".

Hamilton added: "I'm definitely hoping to unlock something, utilising a couple of different tools I haven't touched during the year because it never really worked before.

"But I'm trying to see if I can get it to work. It's a pre-emptive thought process for next year.

"Even though next year's car is going to be different, there still might be things I might be able to apply. I am having to take everything with a pinch of salt at the moment."

Bottas will start the race from the back because of an engine change triggered by his failure in Brazil.

Hamilton said that might lead to both drivers searching for slightly different set-ups, but said he did not care about being quickest in practice "because it's a really exploratory experience trying to see if there's something better there".

"In the different places I'm putting the car, it's not so happy at the moment," added Hamilton.

"I'm trying to balance it with my driving style and the settings. But I'm not quite sure it's where she wants to be."

Ferrari "happy" Hamilton is available for 2021