Formula 1 championship leader Lewis Hamilton says that he can “definitely” see himself racing for many more years, with the goal of matching Michael Schumacher’s seven titles. 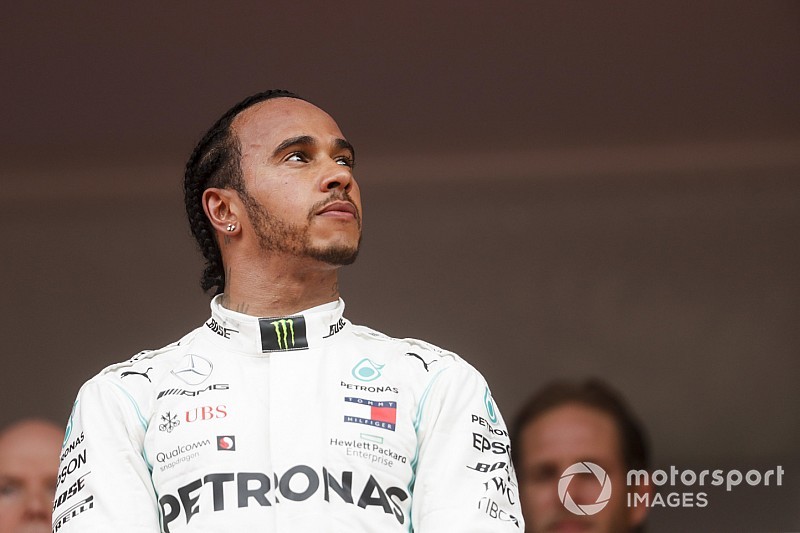 Hamilton was speaking to US talk show host David Letterman before the start of the 2019 season and appears in an episode of the second season of Letterman’s Netflix series My Next Guest Needs No Introduction, which was released on the online streaming service on Friday.

The five-time world champion was interviewed by Letterman in his studio in the States during the off-season and then again at the Silverstone shakedown of the 2019 Mercedes car in February.

Since then, Hamilton has gone onto win four of the first six races of this season and assumed control of the championship with a hard-fought victory last weekend in Monaco.

Hamilton’s current contract with the dominant Mercedes team finishes at the end of the 2020 season, but the reigning champion has recently expressed a desire to remain with the team for the foreseeable future.

“Michael retired when he was 38. I’m 33. In my mind I can definitely do five years,” said Hamilton. “I am ridiculously determined to win.

“What really drives me, and I feel that somewhat the people I race against may lack, is that fire.

“I’ve got this opportunity. I could easily let go of it right now but I feel like I would be squandering it if I didn’t continue to improve, grow and push.

“I’ve got to keep going for as long as I can basically - until I’m not enjoying it.”

Hamilton also spoke of the unique mental challenges presented in F1, acknowledging that managing the  “massive comedowns” is key to unlocking his success.

“[It’s] something I’ve never really spoken about but you often do suffer from mental issues – instabilities – and keeping yourself together when you hit rock bottom, which you do as an athlete.

“If you’re lucky you can find strength at rock bottom. It’s about how you get up, not how you fall.”

Why Ferrari should stick with Binotto