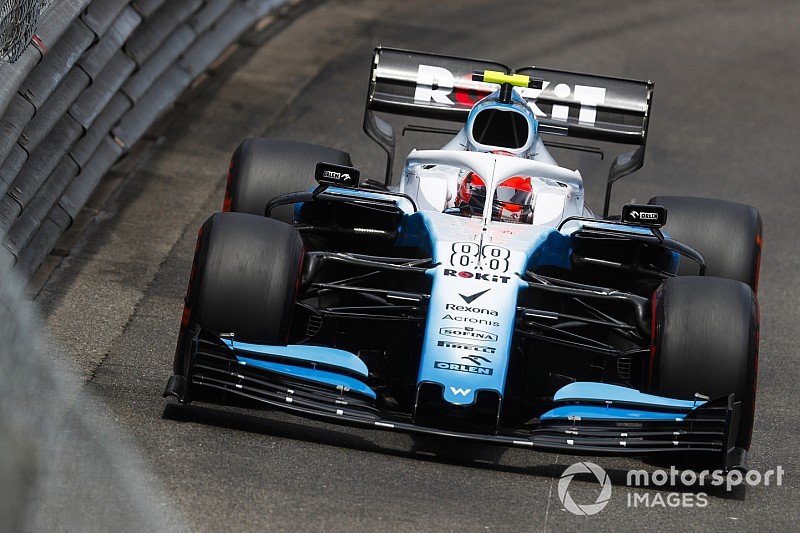 The Williams Formula 1 team has a major upgrade plan it hopes will bring "significant performance" to its car over the middle part of the 2019 season.

Williams has started the season at the back of the pack after various setbacks for its new challenger, including a late start to testing and modifications to ensure legality.

George Russell and Robert Kubica have been slowest at every race so far, although there were signs of progress in the recent Spanish and Monaco Grands Prix.

Deputy team principal Claire Williams said in Monaco: "We can see some light at the end of the tunnel now. It may be slow but we all know that it takes time to bring performance to your car.

"There's definitely a lot of good work going on back at the factory that people may not necessarily be seeing yet.

"The aero team are doing a great job finding performance in the tunnel and we're going to be bringing that to races over the coming weeks and months with a package coming midway through the season that we will hope will bring some significant performance to us. There are definitely signs of improvement."

Has Williams progressed in 2019?

Though Monaco qualifying exposed the weaknesses of Williams's car more brutally than at other circuits, Russell ran at the tail of the midfield pack for most of the race.

Williams was also encouraged by its performance at Barcelona, where Russell registered a season's best deficit to the front of the grid and to the Q2 cut-off, despite minimal upgrades on the car.

As this table shows, using data recorded by our statistics partner Forix, Williams enjoyed a spike in performance in Spain, and while it slipped back in Monaco it was still closer than at its worst races so far.

Claire Williams said it would be unwise to stop trying to develop this year's car given the lessons learned will be used to avoid a repeat next season and for F1's major rules overhaul in 2021.

Asked by Motorsport.com if there any consideration had been given to writing off the 2019 season and focusing on the 2020 car, Williams said: "No, nothing is a write-off at Williams, ever. It never has been and it never would be, regardless of where we are.

"It's just not our mindset a Williams. We don't write a season off just because we aren't doing well. For us, at the moment, we're really looking at '19 and '20 very much as almost two seasons [combined].

"It's just evolution and development and we've just got to keep bringing performance at each and every race. We've definitely seen that we've done that, we're closing the gap to the ninth-placed team and we've got to keep doing that as the season progresses."

How F1's vital aero parts are made strong