Ahead of this week's returning Dutch Grand Prix Formula 1 we revisit the 1975 edition of the Zandvoort race, which James Hunt picked as the greatest drive of his F1 career.

Several moments come to mind as candidates for the race of my life and my win at Brands Hatch in 1976, although it was taken away from me by political manoeuvring by Ferrari, is one of them. It was probably the most emotional race because of the drama when the crowd started throwing cans on the track in protest when it was threatened that I wouldn't be allowed to restart the race.

At Watkins Glen in 1973 Ronnie Peterson and I drove away from the rest of the field, although I never managed to find a way past him. It was the start of a love affair with the place and the circuit, which was the most challenging and difficult track after the Nurburgring.

To be battling for the lead for the second time (Silverstone was the first but didn't seem quite the same as I was in a group of four) in only my seventh grand prix was a memorable way to end my first season.

I rate my 1976 win at Watkins Glen highly. It took more than 50 laps to get past Jody Scheckter (which I then had to do again after being baulked by a backmarker). I had to be very patient, because it was a very difficult circuit to pass on with two equally matched cars. To win was crucial to keep my championship hopes alive. 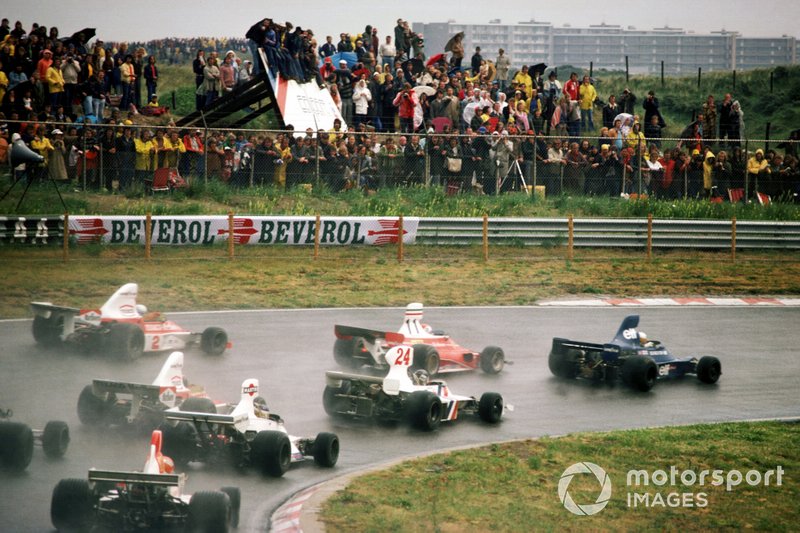 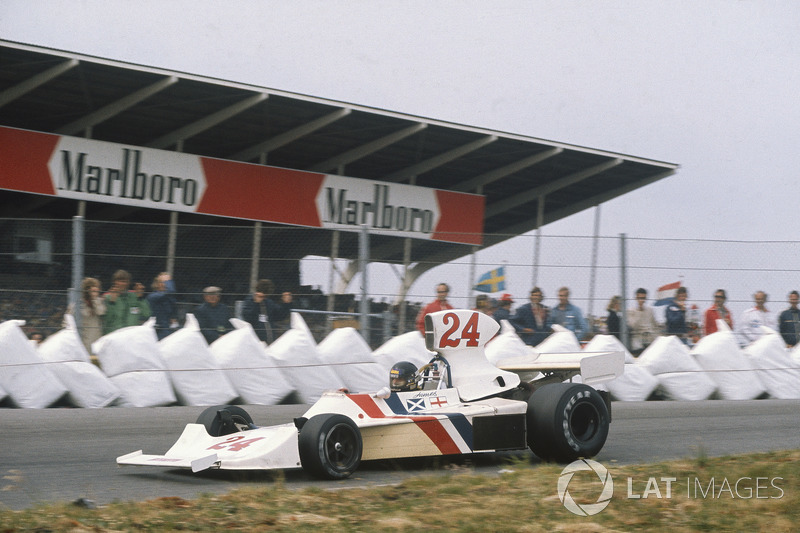 But the most important race for me was in the Hesketh at the 1975 Dutch GP – my first GP win and the Hesketh team's only one. This alone made it very special because Hesketh Racing gave me, and taught me, everything in F1 and it was where my soul was. I have always felt that they deserved more than one GP win.

It was a significant race for a number of reasons. I had a very patchy path into F1. I had hardly won any races, and had no experience of winning. At the end of my career I'd won many more F1 races than all the other races put together.

I had been very steady in GP racing, and never made any mistakes except when I was leading. But I had made several mistakes up to that point when in the lead without any particular pressure from behind. 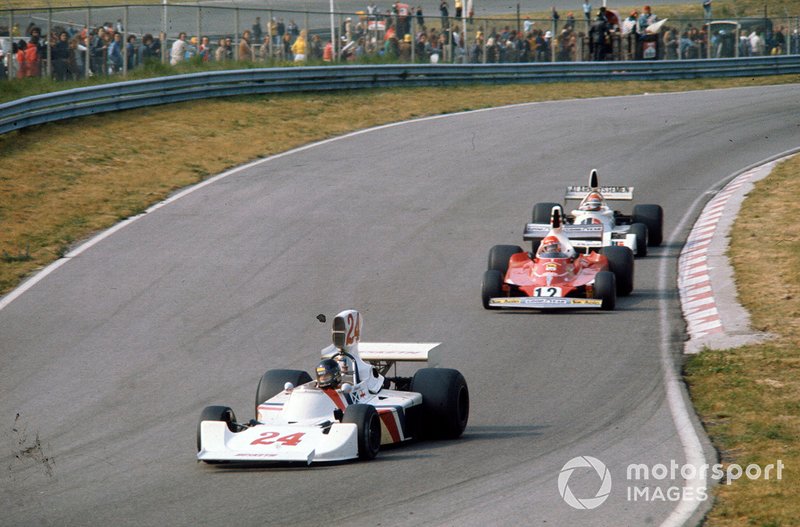 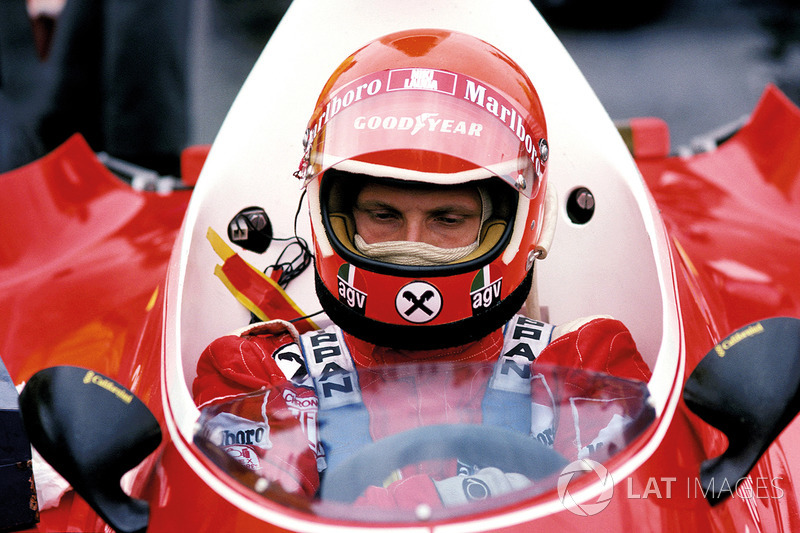 The 1975 Dutch GP turned that around completely and cured me overnight of that last major weakness in my driving. It was a race under maximum pressure because Niki Lauda was breathing down my neck in the all-conquering Ferrari.

It was, I think fair to say, from the start of the European season onwards, the only time that Lauda was beaten fair and square when he didn't have some sort of trouble or drama.

It was a wet/dry race. What set up the win for me was that I had observed in past races that slicks worked a lot better on a wet track than people thought. Those who changed early seemed to have an advantage.

I had worked out that the way to time the pitstop was that at the moment you start thinking, 'I should now be thinking about changing tyres', it was already time to do it. While you are in the pits the track is drying fast, and when you come out to do your first lap it is already significantly drier than when you went in because 26 cars running around with wet tyres moves a lot of water.

Lauda and most of the field stopped a good bit later than me. Once I was in the lead, I then gave it everything. By the time Lauda and Jean-Pierre Jarier had got their tyres hot and got used to the track conditions, I had a 10-second lead. From then on they were slowly catching me because the Hesketh was not a fully competitive car. 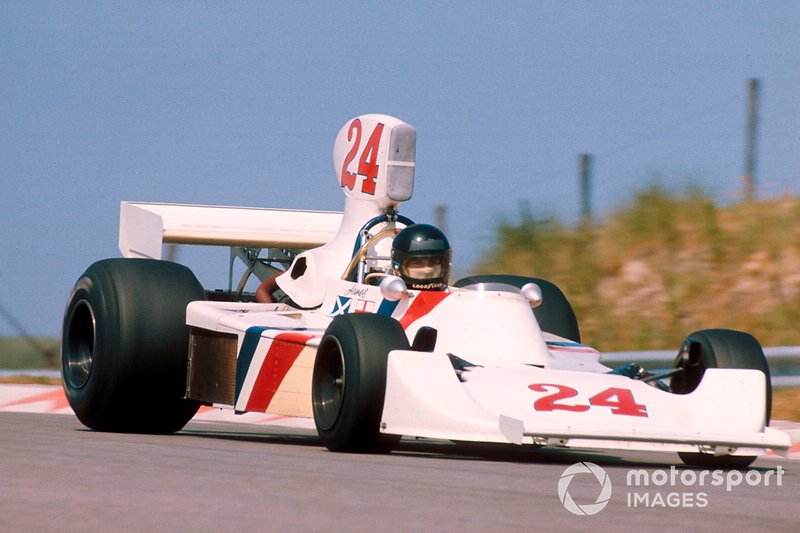 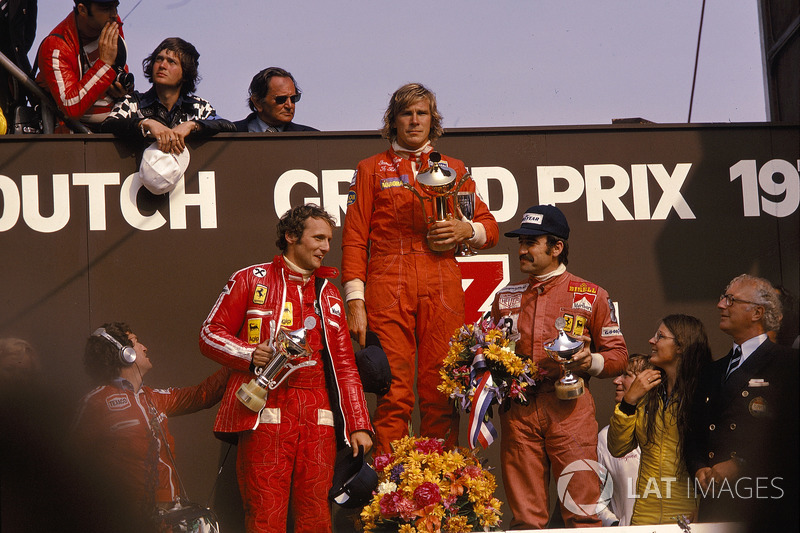 Lauda eventually passed Jarier who spun a couple of laps later with a blown tyre, but I had to fend off Niki for the last third of the race. Luckily for me, the Ferrari was not much quicker on the straight. It had significantly more power than the Cosworth engine at that time, but Niki was running a bit more wing than I was.

So the race played out with a stalemate so long as I didn't make an error. And that was the completion of my training as an F1 driver. It enabled me to win the 1976 championship, at my first and only chance in a competitive car, under maximum pressure.

The only element of F1's Spa travesty really worth celebrating

The ups and downs of Raikkonen's 2007 F1 title triumph