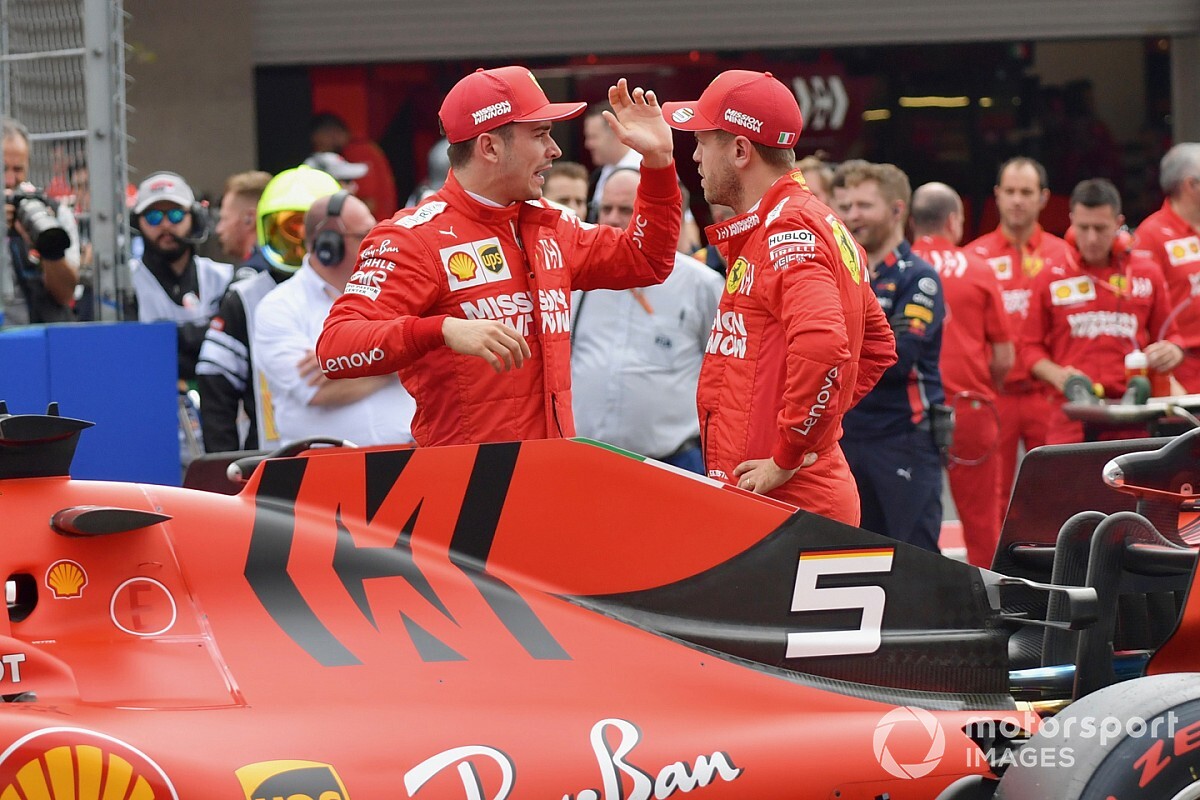 Charles Leclerc says he wouldn’t have beaten Max Verstappen to Mexican Grand Prix pole position – until the Dutchman was penalised for a yellow flag infringement – even without the setup change in Q3 that he feels hampered his pace.

Leclerc will start from his seventh pole position of the season, but rued a setup change ahead of his second run in Q3 that cost him time in the final sector. Regardless of the move, Leclerc didn’t think he could’ve beaten Verstappen – before the Red Bull driver was stripped of pole position anyway.

“We went a bit too far with the setup and it created quite a bit of oversteer in the last sector but overall it wouldn’t have changed anything,” said Leclerc. “I wouldn’t have got pole position [until the three-place grid penalty was applied]. Max was too quick.

“Today it felt extremely difficult. The first run in Q3 I was extremely happy with and we were one tenth behind and I don’t think much closer than that was possible.

“On the second run I tried to put a bit more front in the car, which I wanted, but I went [out] the other side, which created quite a lot of oversteer in the last sector and we lost too much time. I lost the time I made up in the first sector.”

“After FP3 we thought we had a shot for pole, and then in qualifying [Verstappen] was too quick.”

His teammate Sebastian Vettel, who took pole at the last race at Suzuka, admitted he had a poor first lap in Q3 and Bottas’s crash ruined his second attempt. He was third fastest but will start second.

“I had a mistake on my first run so I was quite confident on the second run I can make up for it,” said Vettel. “Unfortunately there was double yellow, so I had to slow down and the lap was lost. I didn’t peak when it was time to peak in the sessions, especially Q3.

“Other than that the car felt good. There was more in hand. Obviously Max was a fair bit faster than us on the key lap.”

In terms of race potential, Vettel said: “The car is good, I would have liked to be a bit further up. I think it was possible but let’s see tomorrow. It is a long race, I think we have the speed. We’ll see how everything gets going. We start on the medium tyres, and we’ll take it from there.”

Albon: Crashes not down to pressure to match Verstappen