Bottas crashed at the final corner on his last run in Q3 after running wide and sliding into the concrete wall, where he sustained relatively little damage until his car hit the end of a TecPro barrier hard, which brought him to a sudden stop and caused considerable damage.

Despite the initial pain, Bottas was otherwise unhurt in the heavy impact and he was later given the all clear at the track’s medical centre.

When asked about the crash by Motorsport.com, Bottas said: “Last run in quali three, just in the last corner, I went a bit deep and got a bit more understeer in the mid-corner. So I went a bit wider than I wanted, but everything was still OK on traction.

“Being a bit too wide – it was dirty, there was already some pick-up on the front left, then just lost the traction and hit the wall.

“I was following along the wall, and obviously at the end there was the TecPro barrier, which was a bit nasty actually, how it was at the end.

“Just [on] the initial hit, I hit my knees together. I think it like was a nerve thing, so the first five minutes I did feel my right knee a little bit, but now it’s normal, so it’s OK.”

Bottas’s team radio captured him breathing heavily in the aftermath of the crash, about which he said "the last hit into the TecPro it just took my breath out a bit – I noticed I forgot the radio was on".

Bottas suggested the barrier could have started earlier or later in the corner, and not have been open to the sort of impact he experienced.

“Definitely, we should try and avoid those kind of TecPro [placement] things,” he said. “It’s a good thing, but how it starts – maybe it should start earlier or much later – but it’s not ideal.

“It would have been all fine, and no pain at all if we had continued along the wall like it was. For sure we’ll bring it up [with the FIA].”

Mercedes boss Toto Wolff is optimistic that Bottas’s car can be rebuilt without a change of chassis or gearbox, and he will still start from sixth with no penalties.

“The car is pretty damaged,” said Wolff. “But we are 90 percent confident that we can fix it without any penalties. It was an unusual angle of impact, so probably we got away with that.

“At the moment we are putting the car back together – that needs to be looked into the detail, but we haven't seen any damage to the gearbox as of now.

“But you never know whether it's leaking at a latter stage.” 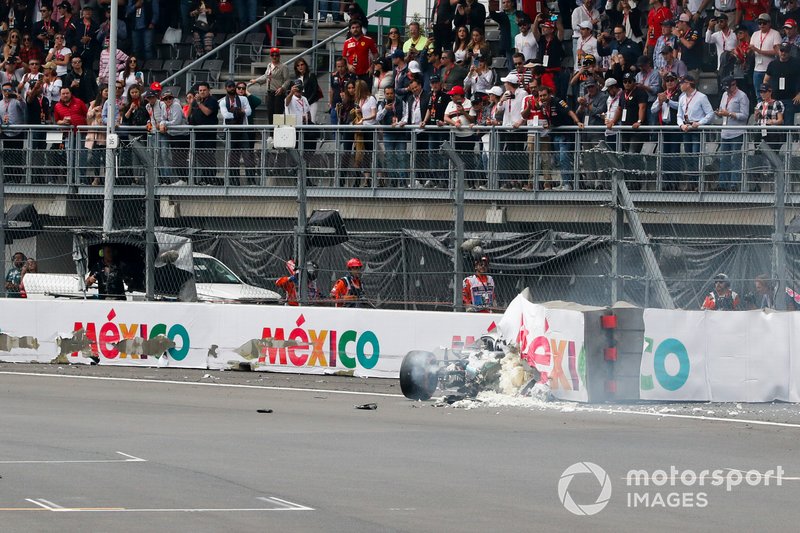 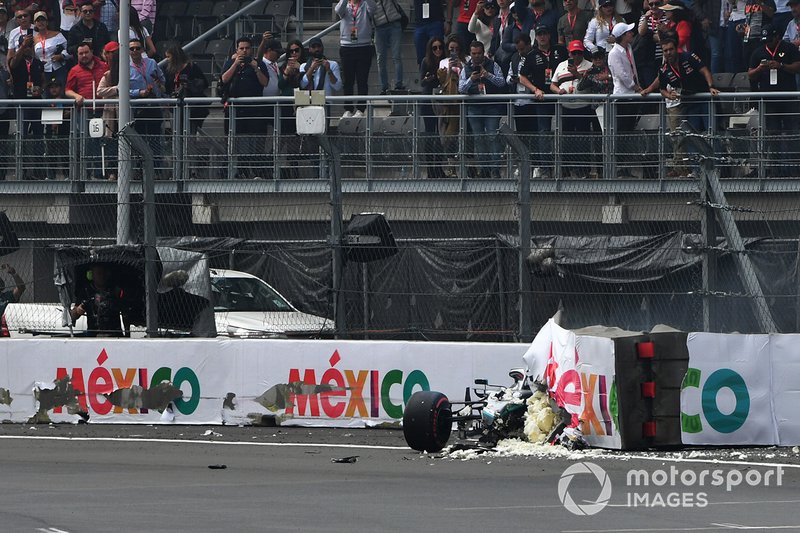 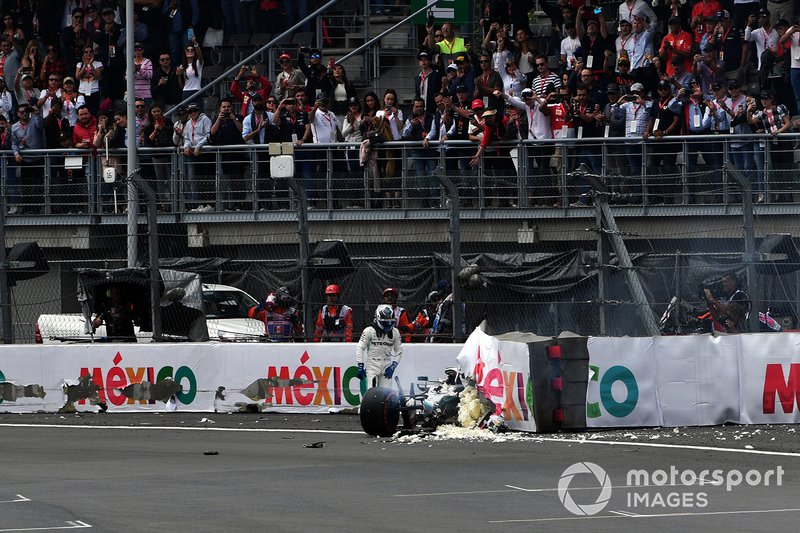 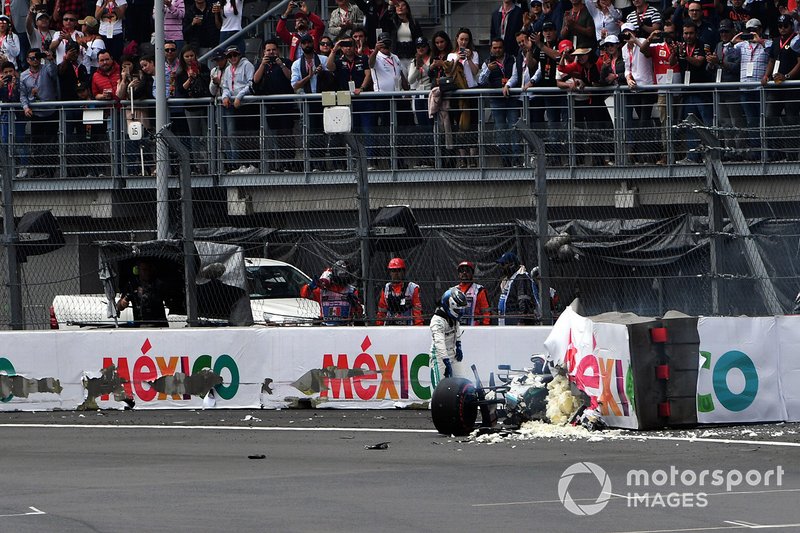 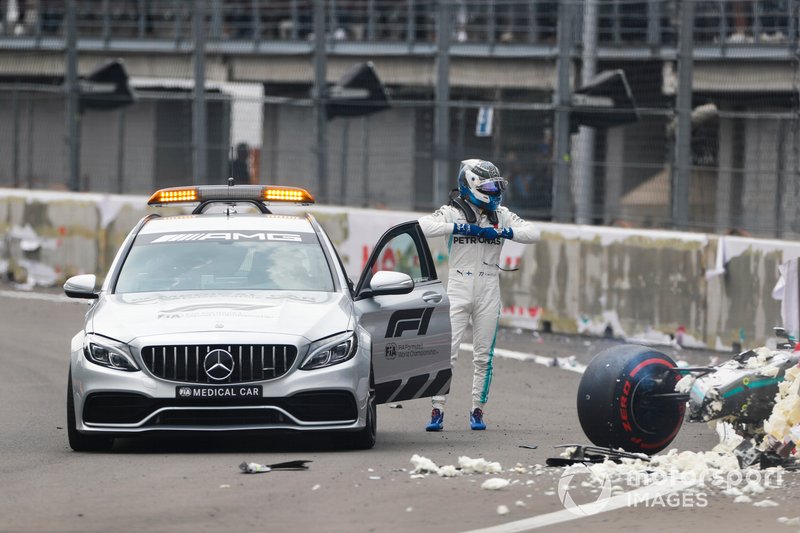 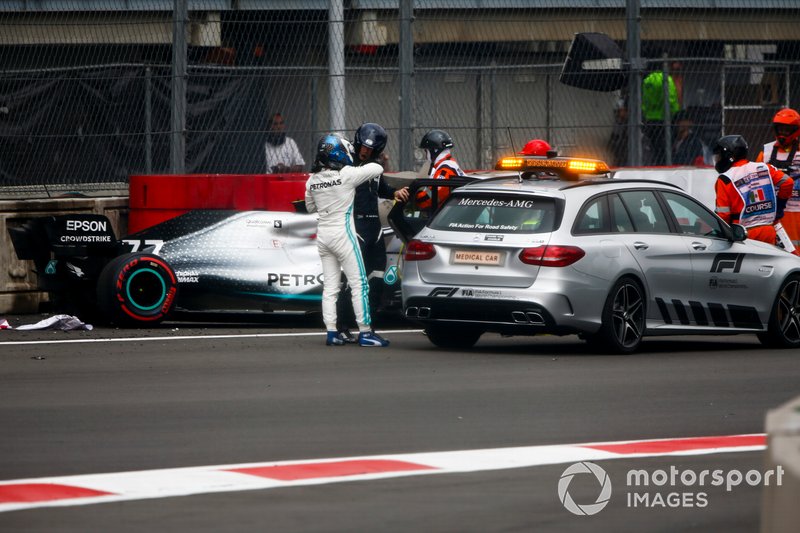 Mercedes mechanics return the damaged car of Valtteri Bottas, Mercedes AMG W10, to their garage after his crash at the end of Qualifying 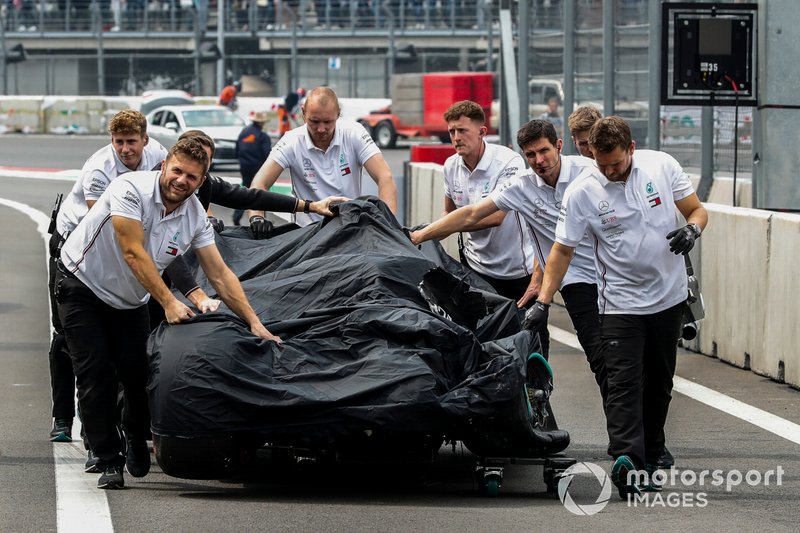