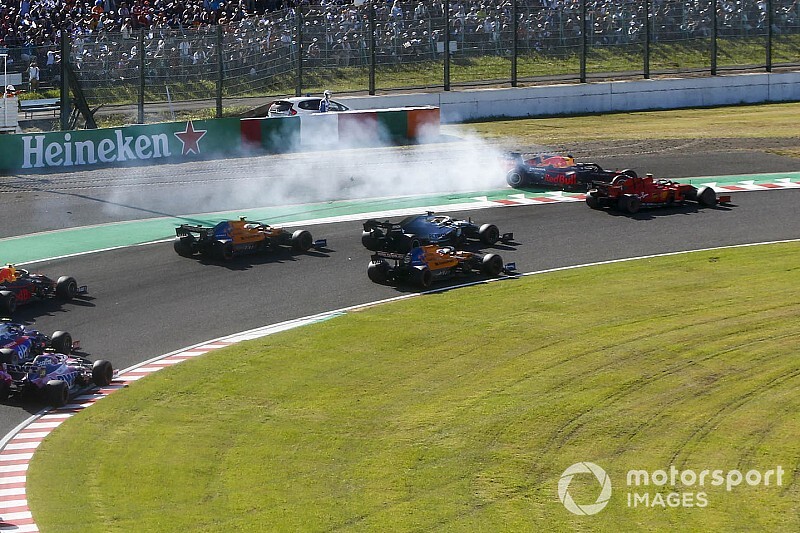 Charles Leclerc will be more careful at the start of the Mexican Grand Prix following the "useless" risk that caused his clash with Max Verstappen in Formula 1's previous race.

Ferrari driver Leclerc was overtaken by Verstappen at the start in Japan and Leclerc ran wide into Turn 2 as he fought back and hit the Red Bull, wrecking both drivers' races.

Ahead of this weekend's Mexican Grand Prix, Leclerc, who finished sixth while teammate Sebastian Vettel was second, said he needed to be more cautious in future.

"Whether I would have done different, something different going back, it is one of those situations where sometimes it happens, I just did a mistake and that's it.

"As I said, I will learn from it, probably by being a bit more careful for the next race start."

He said in Mexico that while at the time he did not think about it, his error became clear as soon as he saw replays afterwards.

"I was quite expecting it once I arrived in the stewards room," he said. "I saw the images, yeah, it would have been wrong not to get a penalty for that."

Leclerc and Verstappen were at the centre of two fierce battles earlier this year, for the win in Austria and then for a podium place in Britain.

However, after the clash in Japan, Leclerc said there is no need for further talks with Verstappen to clear the air.

"We had a small discussion before getting in the stewards room," said Leclerc. He knew I had done a mistake and these things happen. It was definitely not a big deal."