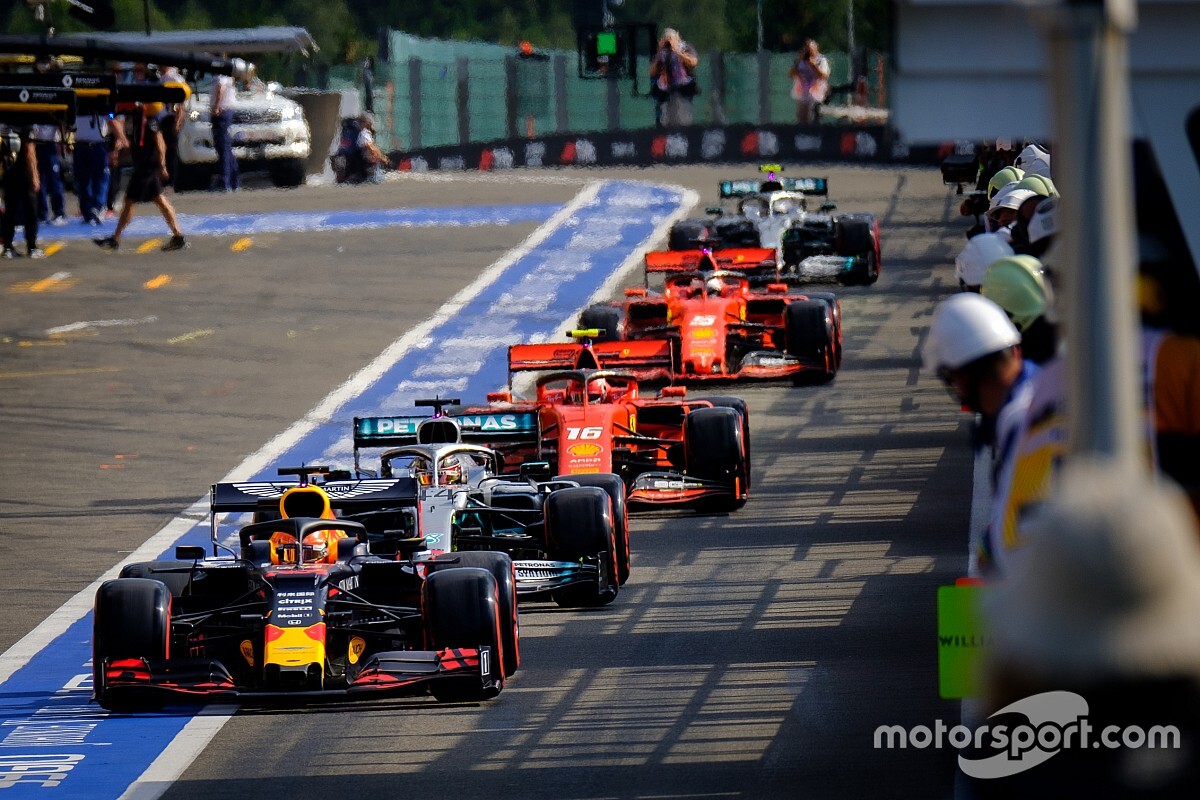 Formula 1 race director Michael Masi does not share concerns from drivers that the slow speeds they are doing before qualifying laps is unsafe.

Lewis Hamilton said at the weekend that the nature of the slow speeds drivers found themselves having to do in qualifying in Belgium to try to get a tow and prepare their tyres was "dangerous".

Sebastian Vettel added that he thought matters had not been helped by the current generation of F1 tyres having a very narrow operating window.

"Obviously you are fighting for a tow and so on, but you are also fighting to get into the optimum window, which years ago it was not that critical whereas now it is," said the Ferrari driver.

"You are fighting for the best spot on the track which will hit the peak in Monza for finding the right tow because it does make the difference, but that has always been part of those type of tracks.

"But I feel if we had better tyres, we could play with probably a bit more speed and so on."

While Masi is aware of the practice taking place, and the concerns that drivers and their teams have, he thinks at the moment that there is no need to step in and take extra action.

Speaking about the situation, Masi said: "It is something that we have certainly discussed together with the sporting directors and at the current point, I think it is manageable.

"Once it gets beyond that [we may look into it], but at the current point it is something we are continuously monitoring during the season and we will continue to look at it."

Mercedes' trackside engineering director Andrew Shovlin said the right track position was very important at Spa because a tow there could have been worth up to four tenths of a second.

Speaking in the team's post-race video debrief, Shovlin said that "no one wants to be that car in front" and when Hulkenberg slowed down it triggered a knock-on effect where "everyone had a very slow outlap, we were all tripping over each other".

"You do get the benefit of the tow, but the issue is your tyres are cold," said Shovlin.

"And that was a problem for us, we lost a bit of time at the first corner just because the tyres weren't in the right window.

"Looking ahead to Monza, it's going to be a similar situation. Very high-speed track, long straights and everyone is going to be trying to get a tow off everyone else.

"So, what you will probably see in qualifying towards the end is people are staying in the garage, they are waiting for the clock to run down, no one wants to go out first but eventually you've got to go, you've got to get that outlap in and you'll see people move.

"Now, what would be good is Ferrari, they are very fast in a straight line, if they would go out first, we can get behind them and get the benefit of that tow."