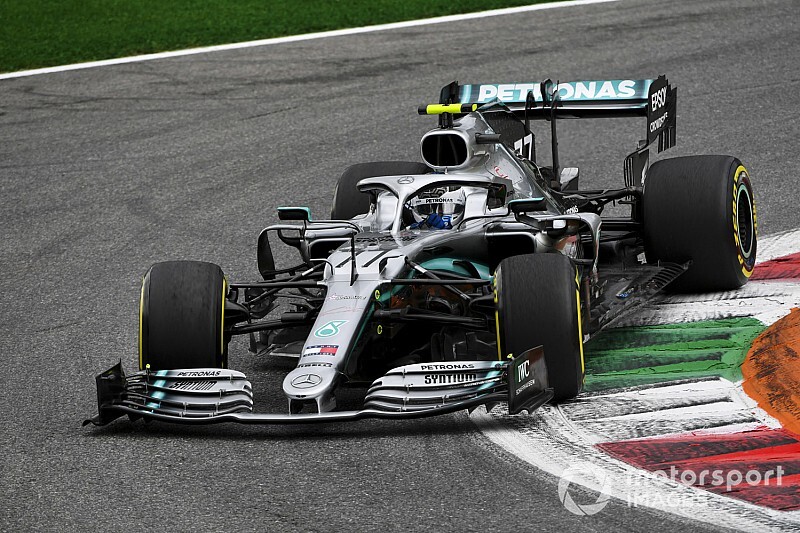 Mercedes Formula 1 boss Toto Wolff admits that the team's form relative to rivals Ferrari has suffered because of a lack of upgrades in recent races.

Wolff says that a switch of focus on 2020 led to a slow-down in development, although there will be new parts at the next race in Suzuka.

Asked if recent results are due to Ferrari improving or Mercedes underperforming, Wolff conceded that the latter aspect has played a role.

"I think the truth will be somewhere in the middle," he said. "I think they have and continue to make big steps in straightline performance, and they have had a good car in Singapore, a very good car in Sochi.

"And if you put these dots together you are setting the benchmark. And this is what they did this last last two weekends.

"In the same time, we haven't brought upgrades since a long time onto the car, and we probably haven't managed things as optimum as you can manage.

"But also we've been a bit unlucky also with our calls, and in the last few races we could have won some of these races, and we didn't. And that bad luck turned into good luck [in Sochi]."

Wolff said that the lack of updates was a strategic decision.

"That's the way it was planned, yeah. You've got to manage your resource in the right way, also looking into next year. That is something which we consider very carefully.

"There will be a little thing in Suzuka, that we are just interested to explore. But not the big steps that we had when we pushed very hard until the summer."

Asked if that exploration was aimed at 2020, he added: "As the regulations stay the same it's all part of the same thinking."

This year's Mercedes has been characterised as a significantly more "draggy" car than the Ferrari, but Wolff says changing that is not a main focus of future development.

"It's something we're looking at, but you need to put it into perspective. Between a draggy car and a not draggy car, probably the two extremes you see on track, on the whole grid you will find two-tenths difference.

"This is what you can extract in putting lots of bits on the car, versus having a streamlined car. So it has not such a big effect. It has an affect, but it's not the main effect."

Wolff admitted that Mercedes would be under a lot more pressure now had Ferrari taken all its opportunities earlier on the year.

"The championship is also management of your points scoring ability throughout the year. We could have decided a while ago to push flat out until the end, and then compromise next year, which we didn't do.

"But you've got be careful. I agree it's always a management issue.

"They have dropped the ball at the beginning of the season a few times, but they are getting their act together now, and you can see four times, four races in a row, where they are pretty strong, and are just the reference, laptime wise."