Mercedes has swapped engines for the final day of pre-season Formula 1 testing, following the shutdown on Lewis Hamilton's power unit on Thursday. 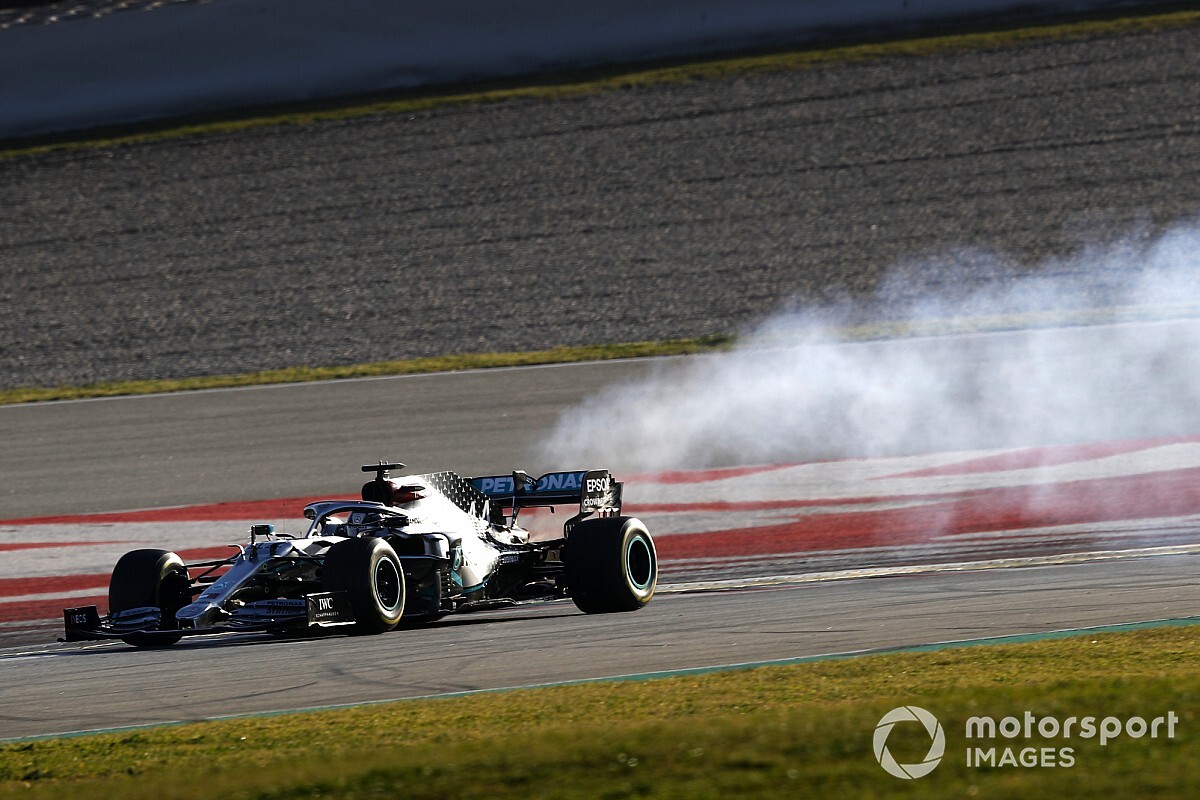 Hamilton stopped out on track on Thursday afternoon when his engine shut down as the result of an anomaly with the oil pressure.

That incident meant Hamilton could not return to the track later that day, and Mercedes took the decision to remove the power unit and send it back to its Brixworth engine headquarters for analysis to find out what went wrong.

As a result, Mercedes had to swap power units for the final day of running, with Hamilton and Valtteri Bottas sharing driving duties.

It is understood that Mercedes has refitted the power unit that originally failed in Bottas' car last week, with it having been repaired and brought back into action.

Mercedes' engine headaches come off the back of Mercedes customer team Williams having to run three engines in the test as the result of problems it has suffered.

Williams driver George Russell suggested earlier this week that its problems were also linked to the oil system – so there could be something similar going on with both teams.

"Yeah, there is something to do with an oil systems issue. Obviously we run the same car in testing, so it's just one of those things, you know.

"It's unfortunate we've had two issues over this test which has cost us quite a few laps. It just means the programme is a bit more pushed together. We just need to make the most of it now."