Valtteri Bottas says Mercedes was “sleeping at some point” when Max Verstappen managed to get ahead en route to victory in the Formula 1 70th Anniversary Grand Prix. 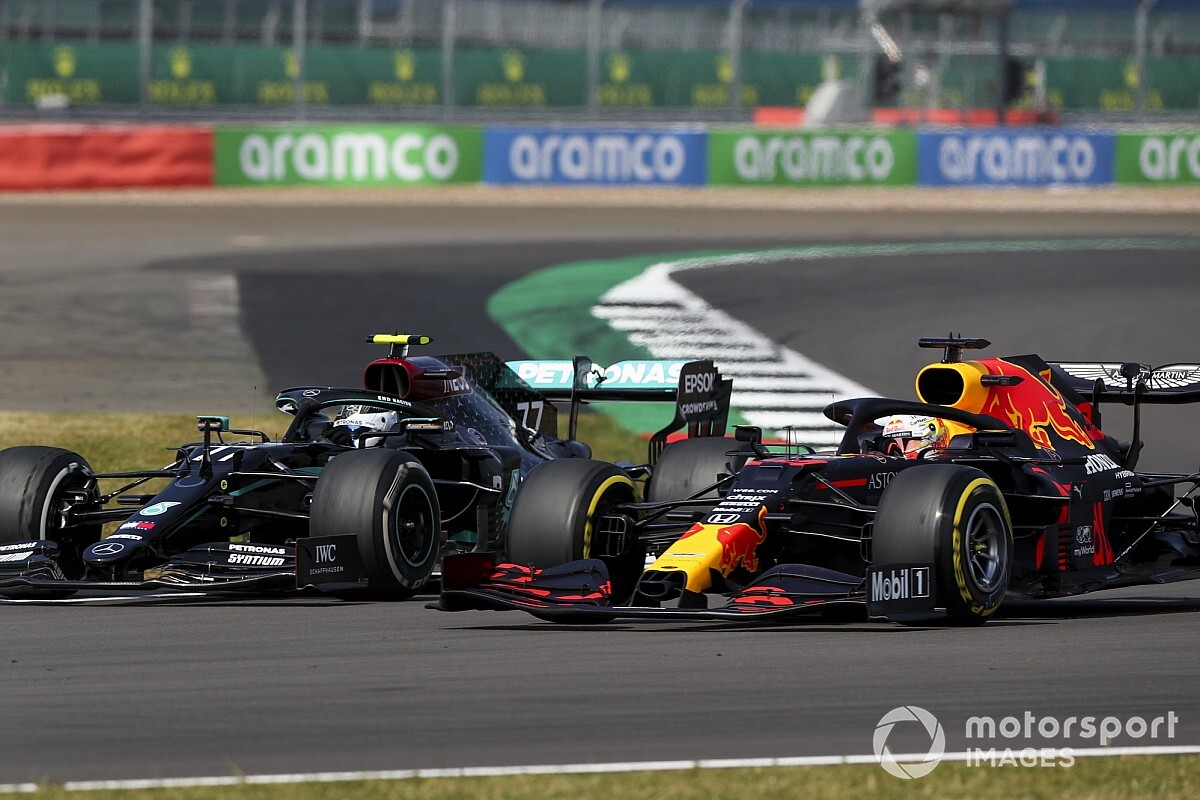 Bottas led the early part of the race after starting on pole position, but struggled for pace after switching to the hard compound tyre for the second stint.

Red Bull opted to keep Verstappen out for a long first stint on the hard tyre, during which he was able to match Bottas’ pace despite the Finn having pitted for a fresher set.

It meant that by the time Verstappen took his first pit stop, he emerged just behind Bottas before passing him into Brooklands on his out lap and going on to take a commanding victory.

Bottas ultimately finished the race third on a two-stop strategy after being passed by Mercedes teammate Lewis Hamilton in the closing stages.

"Very frustrating obviously, starting from pole and finishing third is not ideal,” Bottas said after the race.

“I think as a team, we were sleeping at some point when Max managed to get ahead of us, and my strategy was far, far from ideal. So lots to learn from today.

“There was a chance to keep up with Max, but as soon as I started to push towards the end, the tyres just fell apart.

“It was a blistering in the tyres today for us, and [it] seems like Red Bull had none, so they clearly had an edge over them.”

Both Mercedes cars struggled with blistering on the hard compound tyres throughout the race, leaving Bottas and Hamilton unable to match Verstappen’s pace.

Pirelli opted to bring a softer selection of tyres to Silverstone this weekend than at the British Grand Prix, while track temperatures swelled beyond 40ºC in the race.

“The tyres just overheat, so it is basically boiling,” Bottas explained.

“You get holes in the tyre, and then you just lose grip. Once you start to have those blisters in that particular tyre, you just lose cornering grip, and you go slower and slower.

“We'll move on. Of course, a disappointing day, but we move on.”