Main Photos Illustrations
Previous / Ricciardo: Abiteboul should be "nervous" over tattoo bet Next / How Renault is powering up through the F1 order
Formula 1 / Belgian GP Breaking news

The upgrades that helped Mercedes step it up in Belgium

Mercedes continued to stamp its authority on Formula 1 with another dominant 1-2 finish at the Belgian Grand Prix thanks to a heavily revised car.

With main rival Red Bull appearing to have closed in recently, Mercedes responded to the potential threat with a raft of changes that have further improved the W11 and optimised it for low-downforce circuits. 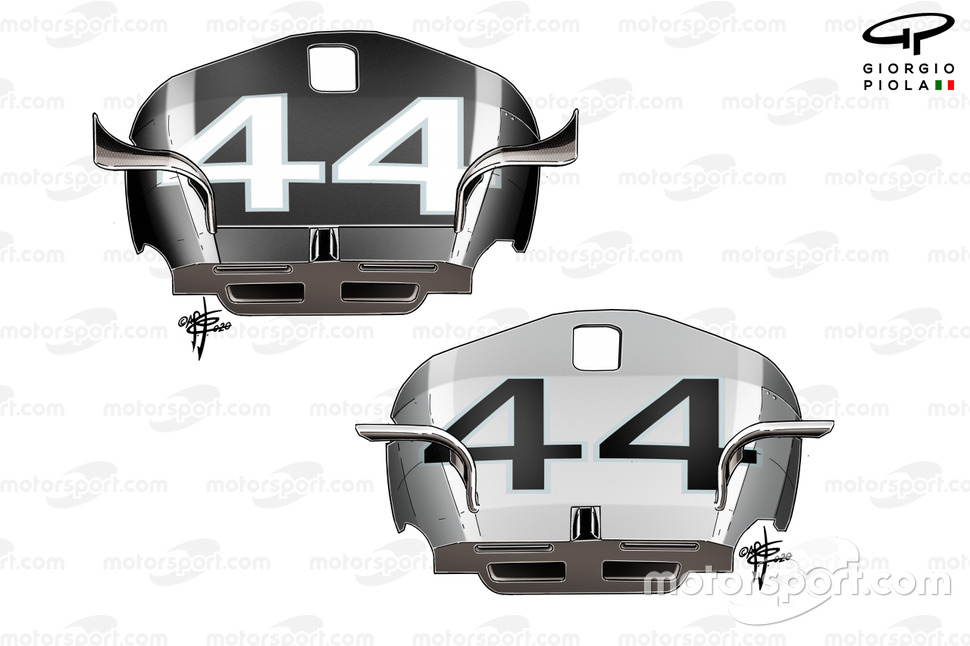 Starting at the front of the car, the L-shaped fins beside the ‘S’ duct outlet, which Mercedes was one of the first teams to adopt, have until now remained largely unchanged.

However, as part of its Spa upgrade package, these fins have now had their height increased slightly, their surface lengthened and their overall shape sculpted. The design is now much more reminiscent of that used by Red Bull.

Meanwhile, the chassis fin that’s already seen some attention this season, has also been altered slightly to coincide with the change ahead, and the consequential effect that has on the airflow it receives. 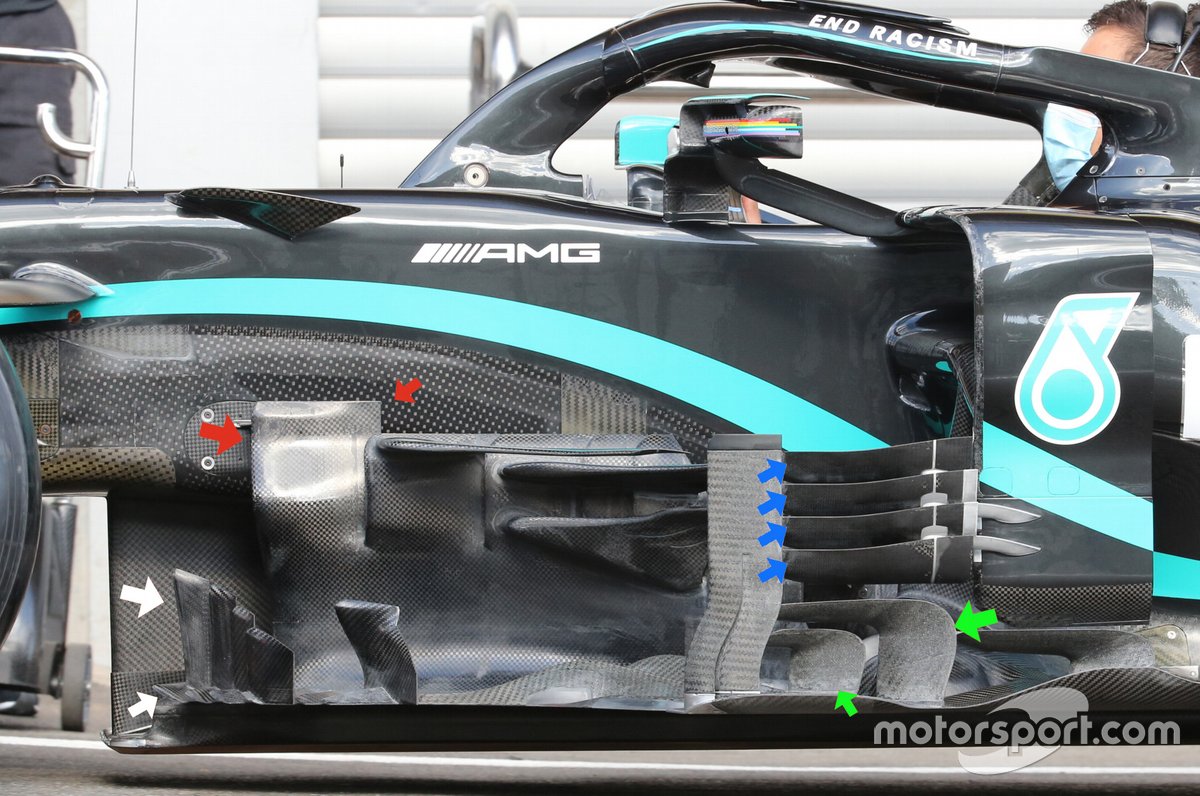 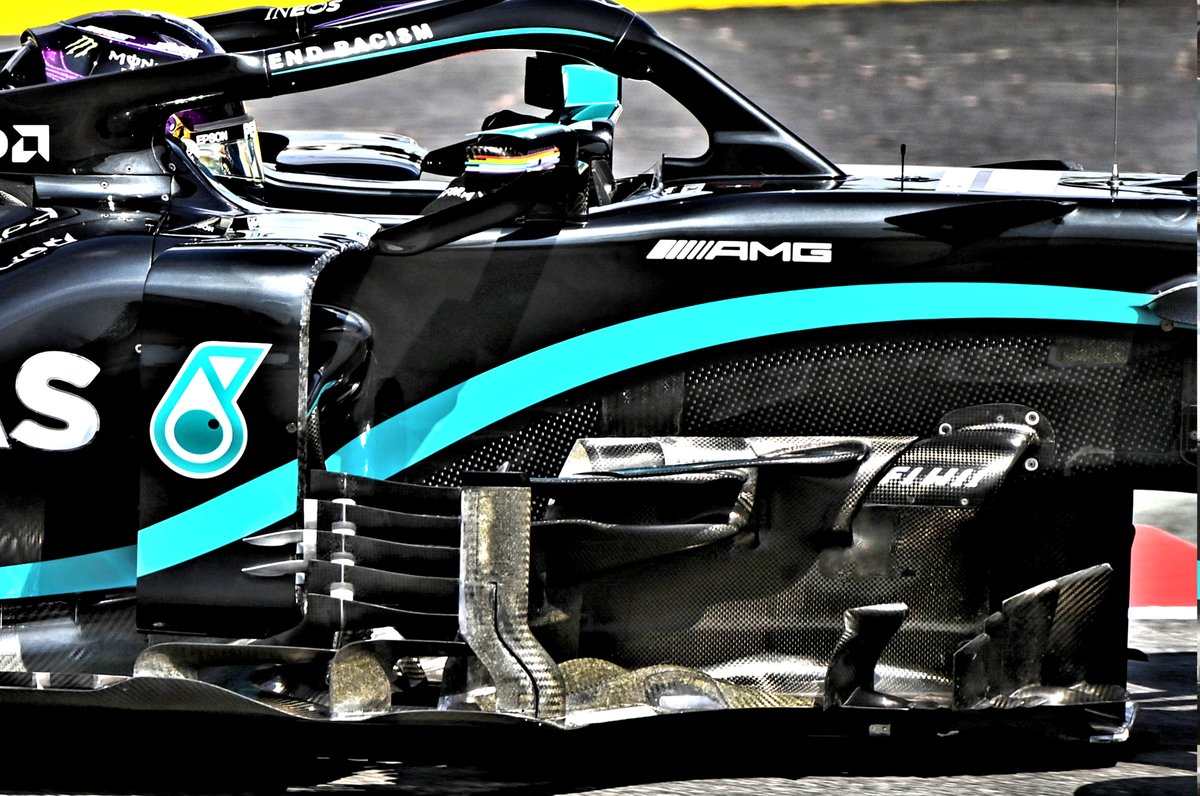 In the centre of the car, there have been substantial changes made to the bargeboards and deflector, with the entire assembly almost shunted rearward.

It’s likely this is an attempt to alter the overall aerodynamic balance of the car for the high speed demands of this circuit and those that will follow.

The main vertical bargeboard’s first element has been straightened, and increased in height, which has a knock-on effect with how it pairs to the secondary element (red arrows).

The serrated footplate and the fins that stands atop them have been shortened and adjusted (white arrows), whilst the venetian blind-like horizontal flaps that bridge the gap between the axehead tower and the main deflector have been reduced in number, from five to four (blue arrows).

Then, the horseshoe winglet beneath these flaps has also been altered, with another added in between it and the floor (green arrows).

Mercedes also has an ancillary cooling inlet beneath its main inlet, tucked away in the corner near the chassis. Whilst this always seemed more like an ad-hoc adjustment at the start of the season, it has remained throughout. As part of the Spa update, the shape and size has also been altered to improve flow into and around the duct. 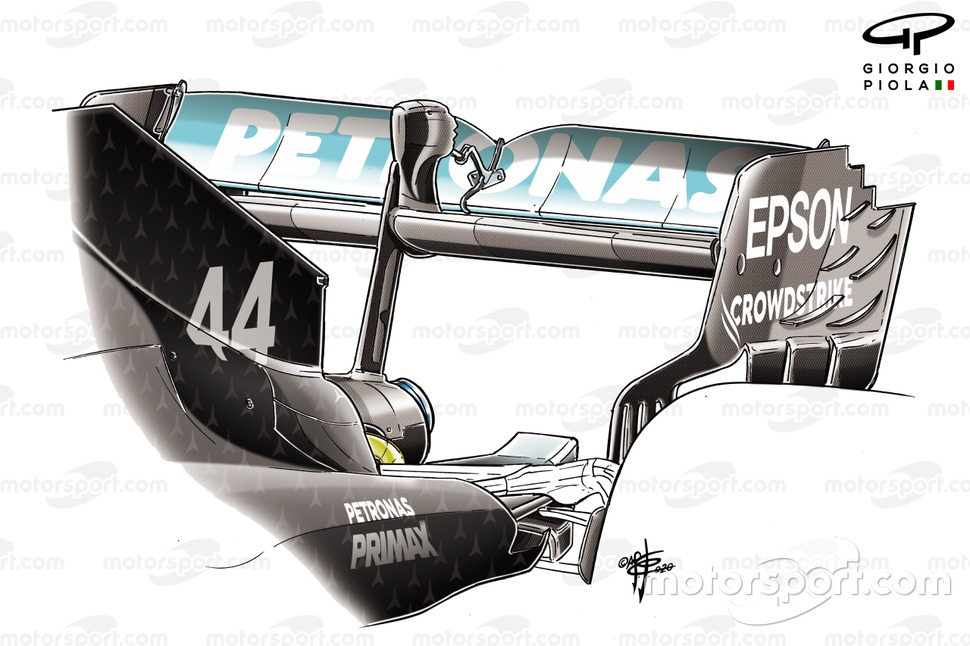 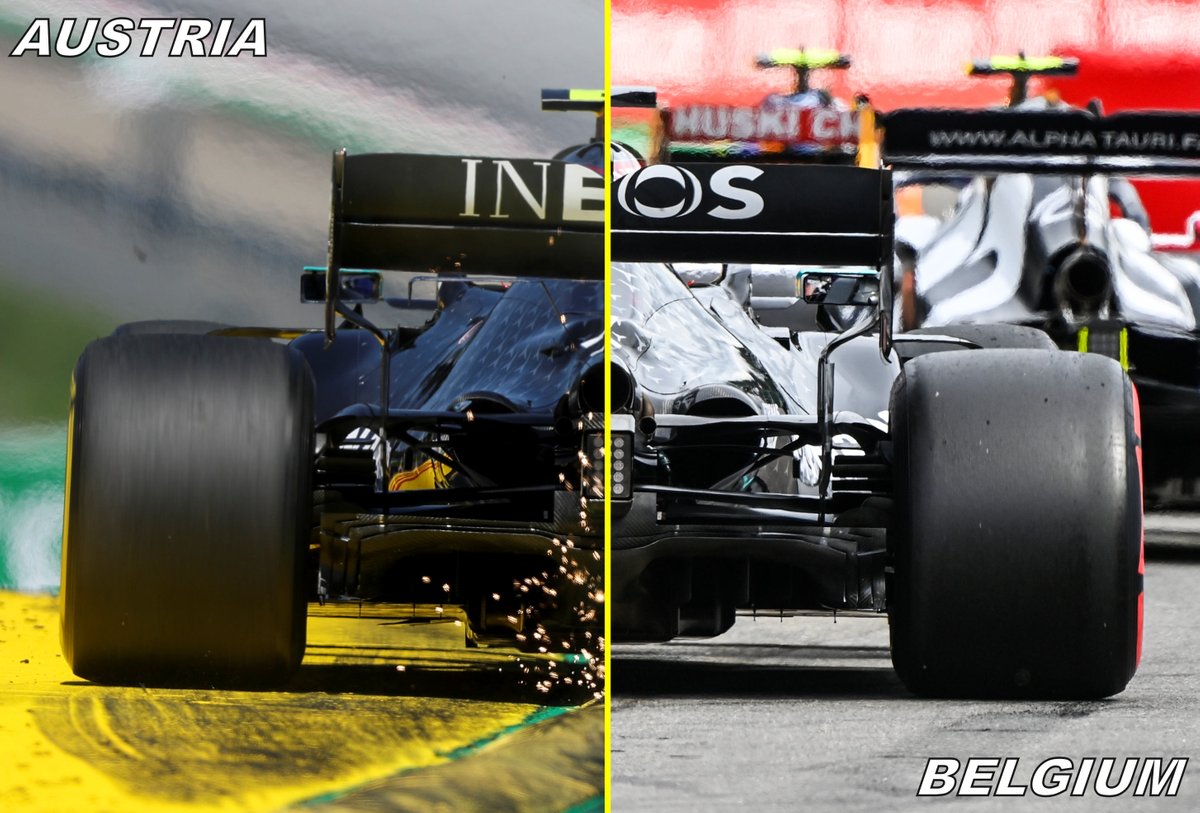 The single pillar rear wing design has also made a triumphant return, having last been seen at Silverstone.

To give an idea of how much downforce the team has trimmed off in search of a drag reduction here is a side-by-side comparison of the wing used in Austria.

This image is also handy for us to compare cooling packages, as whilst you might expect Mercedes to use as small a rear opening as possible at Spa, in order to limit the amount of drag being generated, the engineers are also wary of the performance and lifespan implications of running the powerunit almost flat-out for the extended periods of time needed around this circuit.

As we can see, the shape and height of the sidepods and the terminating cooling outlet is actually similar, if not the same, to the one already used in Austria too.

Ricciardo: Abiteboul should be "nervous" over tattoo bet

How Renault is powering up through the F1 order