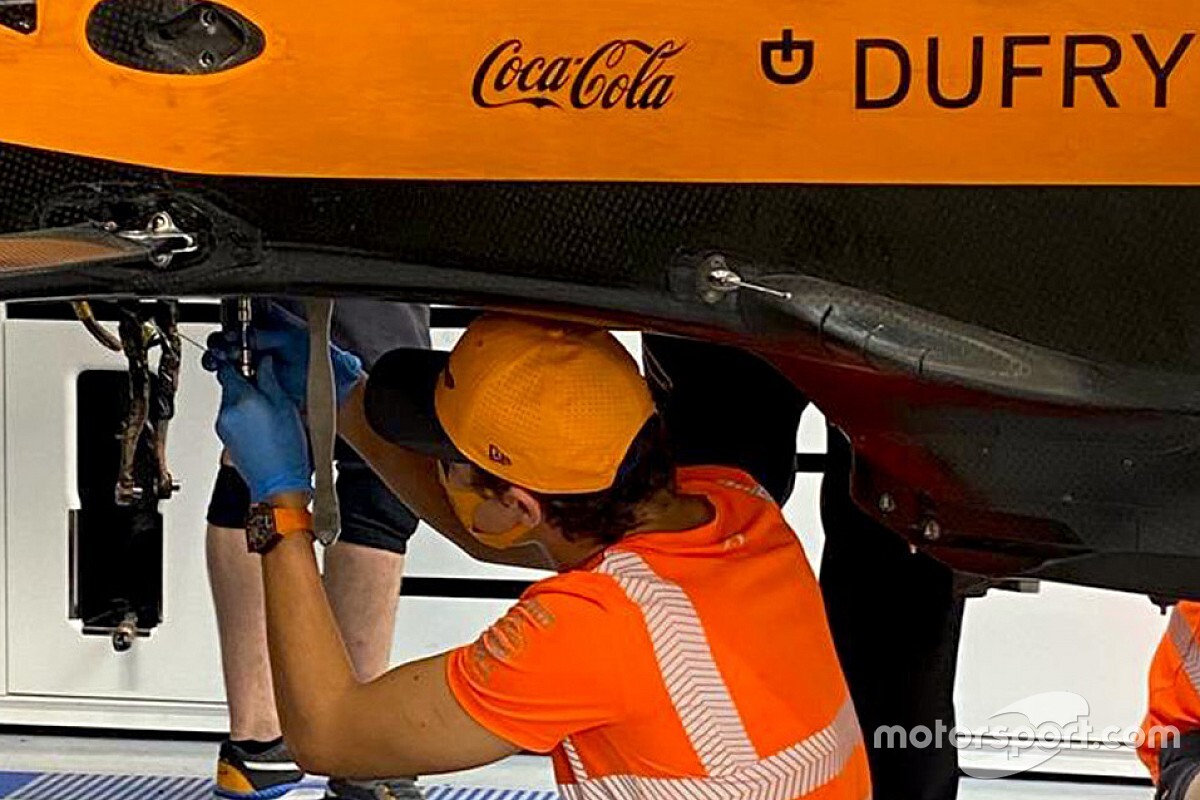 Lando Norris says helping his team strip down his McLaren after Formula 1 races is his preferred Sunday night wind down – and is much better than sitting in his hotel room watching Netflix.

The young British driver caused a stir after the Hungarian Grand Prix when an image of him helping his team take apart his car post race was posted on social media.

But rather than the event having been a one-off because of the intense schedule of 2020, Norris has explained that helping his team out in such a way is actually something he tries to do as often as he can.

“I enjoy spending time and working with the mechanics and the engineers,” he said during a video conference call with selected media.

“It's something I've done since I've joined McLaren, in trying to get myself more integrated with the team, work with the mechanics, and get to know each other better.

“I think it's a crucial part of getting to know them and improving our atmosphere as a team. And I enjoy it. It's good fun and the only other thing I would be doing is going back, lying in my bed and watching Netflix. I prefer to take apart an F1 car than do that.”

Norris says he has been helping out on Sunday nights even since he first started driving for McLaren during practice sessions in 2018.

But he says nobody outside the team had previously noticed it before because it was not something he felt necessary to go public about it.

“It's something I've done quite a few times before, but it's not something that I feel like I need to put on social media,” he said.

“It’s something I've done since karting really, that I used to do with my engineer. We used to always have to, post race, clean all the karts and the chain guard and the airbox and the majority of things. And it's something I've always kind of enjoyed doing.

“I loved doing that stuff as a kid, taking things apart and so on. I've kind of done that all the way through from karting to F1. But I guess in F1 it is a bit different, although I've done it since 2018.

“So when I was doing some of the FP1s, so in like America, Japan, Mexico, Abu Dhabi, I did it sometimes. I haven't done it every time but it's more often obviously when my flights are on a Monday.”

As well as enjoying getting up close with his car, Norris feels that there are benefits to working so closely with his team – and helping ease some of the burden on mechanics.

“It's just quite cool,” he said. “Who wouldn't want to go and take apart an F1 car and get to explore it a bit and work with the mechanics and so on? It is just good fun. And you learn something new about and it's just a bit more hands on.

“It is also good for the team. It's good for myself and my mechanics that we're working together. I'm helping them. It makes their job much easier.

"They've just done the whole race weekend. They did three weeks in a row. And I thought I could just help them and make their lives a little bit easier.

“It's not something I chose to do just because we did three weeks in a row, because it's something I've done several times before.

"It's more the fact of just helping them anyway. Me enjoying it, getting to spend some time with them. We have some good laughs, and we have some jokes.”

F1 set to abandon plans to race in Americas in 2020

Why police warnings to British GP F1 fans are serious