Will F1 badly need an overtaking solution in 2021? 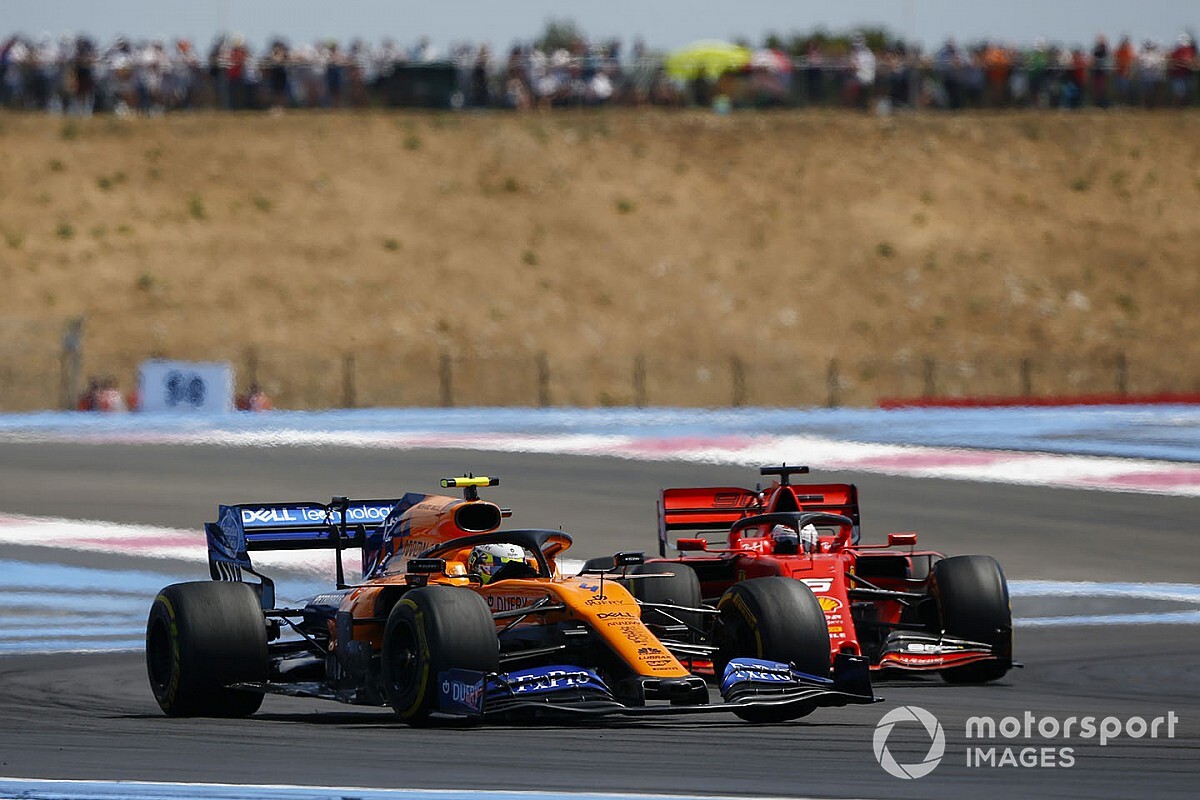 As the COVID-19 pandemic continues to put all sport on hold, the Formula 1 paddock is eagerly waiting to find out when it can return to racing.

Efforts are being made to start the season in the summer at a European race behind closed doors, but the campaign could yet extend into early 2021.

The lack of certainty over when racing will return has prompted teams to make moves to protect their futures, with one of the largest elements being the carryover of the 2020 cars into ’21.

By keeping the cars for an additional season, teams will be saved the enormous development costs of producing a new chassis. The delay in the new technical regulations until 2022 and the ban on any development work towards those rules through the current calendar year also ensures costs will stay down.

But as necessary as these decisions are, they are not without consequences for the on-track product next year. F1 may find itself in desperate need of a new overtaking solution for the 2021 season.

The difficulty for drivers to overtake has been a talking point for a number of years. While the revised aerodynamic regulations for 2017 have helped produce the fastest cars in F1 history with unprecedented levels of downforce, they have also been some of the worst for overtaking.

‘Dirty air’ being thrown off the cars in front resulted in higher deltas - the time advantage over the car in front - to get a pass done, and significant complaints from drivers.

Efforts were made in 2019 to remedy the situation when some tweaks were made to the aerodynamic rules. Front wings were simplified, while the rear wings were made wider and deeper in a bid to reduce the amount of outwash coming off the cars, theoretically allowing them to fight more closely.

But the rule changes had little impact. F1 chief technical officer Pat Symonds conceded this January they had offered “minuscule” changes, resulting in the same complaints from drivers through the year.

The struggle looks only set to worsen whenever the 2020 season does get underway given the added performance. The decision to retain the 2019-spec Pirelli tyres is also set to cause overheating issues for the drivers.

“We’re getting faster and faster,” said reigning world champion Lewis Hamilton. “You’re probably going to see less overtaking I would imagine this year [because] we have more downforce, more drag which affects the car further behind even more so.”

Whenever the current campaign may get underway, the fact these cars will continue into next season means the issue will only be exaggerated through 2021 - particularly by the end of that year once all of that development work has been completed. The similarities between the Racing Point RP20 and Mercedes’ 2019 title-winning W10 car mean elements of that design will have been present for three years!

One factor that could aid the issue is the possibility of a token system, which teams are discussing as a way to restrict development next year. This would prevent every area of the car from taking a huge step forward.

Regardless, the need for an overtaking solution could give license for F1’s rule-makers to get a little more creative. Liberty has been open about its desire to consider shaking things up, completing simulations for all kinds of scenarios, showing its openness to making changes.

Autosport Grand Prix Editor Alex Kalinauckas recently wrote about the possible “gimmicks” F1 could try. Ideas such as a Formula E-style Attack Mode, joker laps or - the real purist’s nemesis - reverse grids may seem hard to fathom in F1. But if there is any time to try them out, then surely 2021 would be as good an opportunity as any.

The delay of the new technical regulations and carry over of the current cars were necessary steps to support the teams - but by the time we get to the final race of 2021, the drivers may be feeling some of the effects of the decision.

That said, so long as all 10 teams are racing and the championship is healthy by that point, a lack of overtaking may be a small price to have paid.