Sergio Perez says Formula 1 risks frustrated drivers walking away from the sport unless there is a "fundamental" change that moves it away from being a championship decided only by teams. 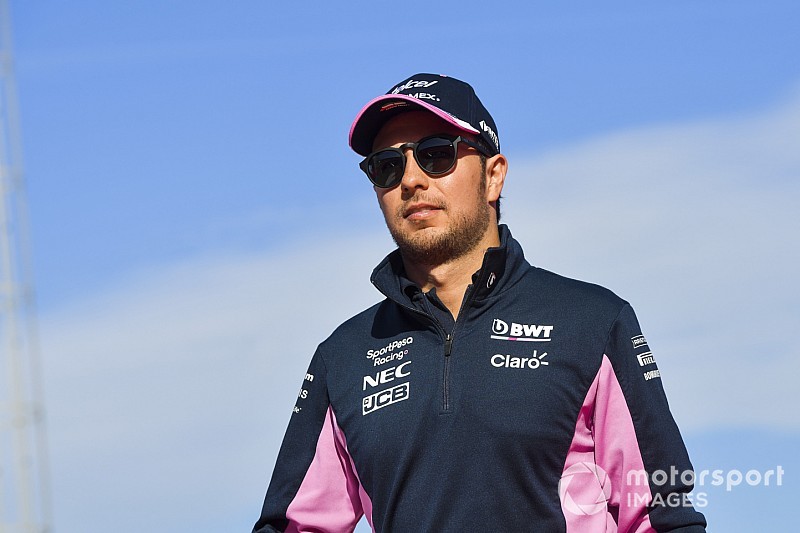 Amid plans to overhaul F1's rules for 2021, Perez believes that the sport has taken a wrong path in recent years because the impact that a driver has on results has become less and less.

The Mexican has admitted to his own frustrations with the situation, and suggested that if things do not change dramatically in two years' time then he could lose interest in carrying on.

"I think what F1 has to do is to make this a drivers' championship instead of a team championship," Perez said when asked by Motorsport.com about potential changes for 2021.

"Over the last years it has got worse and at the moment it is just a teams' championship, it is not a drivers' championship. It is everything related to your car potential, which is a big shame for the sport, for the drivers.

"There are fantastic drivers who will probably never have the opportunity to stand on the podium due to the lack of competitiveness that you get through your career. I think it is a fundamental issue and F1 has to change massively.

"I am really looking forward to the 2021 rules to see if that happens because I've been too long [like this]. I don't want to be any longer in a championship that is teams related, so hopefully the drivers in the future can do a bit more to make the difference."

Perez said that he takes little satisfaction coming to races at the moment knowing that even a podium finish is unlikely unless there is major trouble for the top teams Mercedes, Ferrari and Red Bull.

"Imagine how frustrating it is to come here knowing that you are fighting to be best of the rest," he said. "People struggle to understand, but it is not like tennis or golf where you have some equipment but it is up to the tennis player or the golf player to deliver

Perez thinks it is essential that 2021's rules help bring the field closer together, with F1 well aware at the moment that the top three teams are well clear of the midfield pack.

"The people in charge of the rules are trying hard to give all the teams the same opportunities," he said. "Obviously they are fantastic teams and so on, but I think one of the big issues is resources.

"You are competing with teams that have three or four times more resources than you, and it has been like that for many years. So the structures that they are able to build compared to yours are simply not possible. I think that is one of the issues.

"Also make more standard cars. Keep the technology in place to keep attracting manufacturers which F1 needs, but we want to see the best driver winning – not the best car.

"For me as a fan and as a driver it is what I want from F1 very soon. Otherwise, it gets less interesting."

F1 drivers feel losing Barcelona would be "a shame"