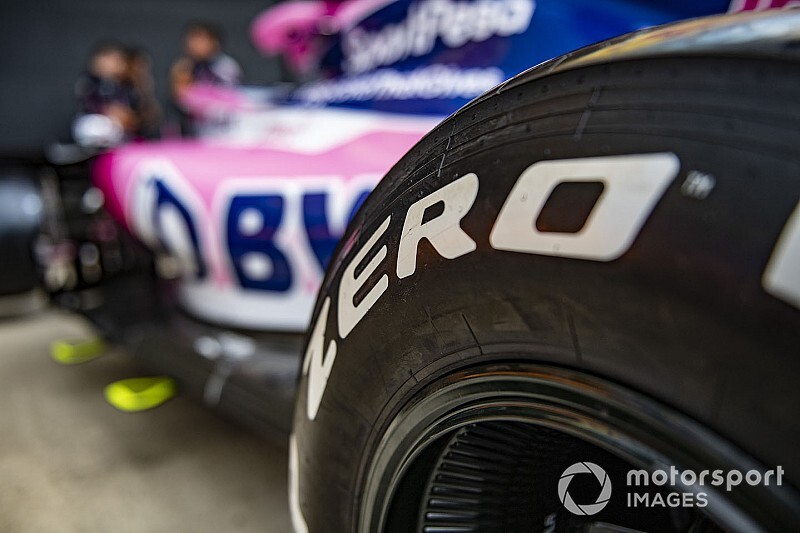 A target letter specifying what is required from Pirelli’s 2020 Formula 1 tyres is to be circulated next week, and the Italian company admits it faces a “big challenge” to prepare what is requested.

Pirelli’s 2020 test programme, which has thus far has encompassed nine teams and four sessions in Bahrain, Barcelona, the Red Bull Ring and Silverstone, has hitherto focussed on already agreed aims of creating a wider working range and having less overheating.

However, recent meetings regarding future rules have put a new emphasis on low degradation, with the drivers particularly keen to have tyres with which they can push harder for longer.

Pirelli now has just a single test session – with Mercedes at Paul Ricard on September 12-13 – in which to track-test low-degradation tyres. It then has to provide the definitive 2020 product for all the teams to test in the week after the Abu Dhabi GP.

The specific requirements for degradation, a wider working range, overheating and deltas between compounds will be formalised in the new target letter, which Pirelli hopes will be agreed by all parties over the Hungarian GP weekend.

“The general consensus seems to be on low-degradation tyres,” said Pirelli F1 boss Mario Isola. “Low degradation is not enough for us, if could be low degradation for me and not for you, for example, so we need to understand which is the number of low degradation. Also the delta lap time that is expected between different compounds.

“If there are no modifications in the sporting rules for next year it means that we are going to bring three compounds to each event, and we need to know which is the expected laptime between the three compounds, the level of degradation, a reduction in overheating is coming from the drivers, and a wider working range. Those are the main targets for next year.

“We are progressing, we need to speed up the progression, because we don’t have a lot of time. So we need to be 100% sure of the expected target very soon, for sure before the summer break. I believe we have a draft of a target letter that we can circulate between all the teams, before Hungary hopefully, to have feedback in Hungary, and close it.”

Isola admitted that the new focus on degradation when Pirelli’s 2020 test programme was nearly complete has not made life easy.

“I’m not 100% sure that we have in our range of possible compounds what they are looking for, and in that case, we have to develop something new.

“We only have one session for 2020 tyres, in the middle of September in Paul Ricard. It’s a big challenge, so hopefully we are already going in the right direction with the development we have made so far, but we need to be 100% sure.

“One session is not a lot. Let’s go step by step. Now the most urgent thing is to close the target letter, then to validate the development in September, and then we come to a conclusion.”

Isola says the new target letter will be more specific than its predecessor, with which the tyre company has been working for the past three seasons.

“It’s a new target letter, it’s more complete than the first version, which was produced in 2016 for 2017-18-19, so now we’re working on a new version. Obviously with the experience of the old one we are making some integration in the target letter to be more precise.

The man behind the Vettel tribute helmet in Hockenheim

Kubica gets replacement Williams chassis due to damage