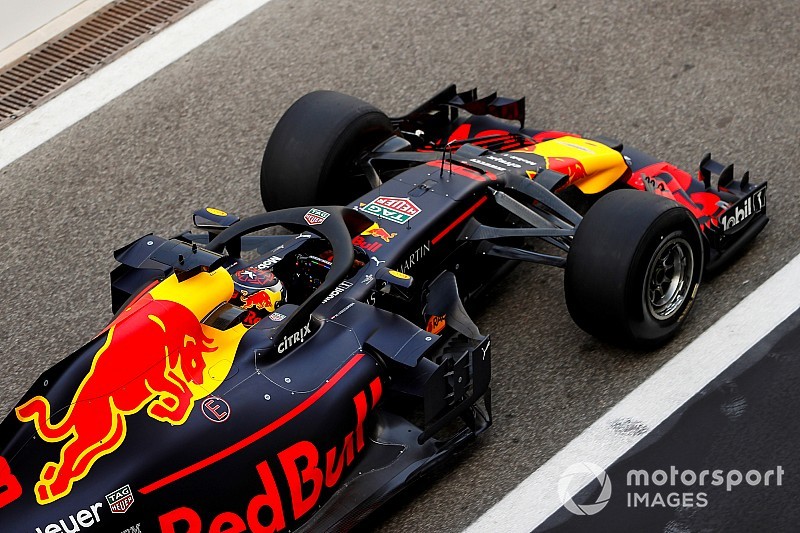 The team has announced its 2019 challenger will break cover on Wednesday next week, February 13.

No details have been confirmed beyond Red Bull saying it would be "revealing our 2019 challenger".

Last year Red Bull's new car hit the track for the first time before pre-season testing, with the team using one of its two permitted promotional events to shake the car down at Silverstone.

It released images of the new car on the same day before rolling it out in its official colours a week later at Barcelona for testing.

A similar strategy in 2019 would give Red Bull the chance to observe its new engine partner Honda on track itself, having spent last year using its junior team Toro Rosso to monitor the Japanese manufacturer.

While such filming days are fundamentally limited in their use for extracting data, with a 100km limit and requirement to use demonstration tyres, it is a valuable headstart ahead of official testing.

It is a strategy Mercedes has committed to while Ferrari and Sauber have also been linked to the same move.

They may be able to identify any small engine design or installation gremlins that could limit mileage in the crucial first four-day test at Barcelona.

While there were reports at the start of 2019 that Honda had run into trouble, these were understood to be overblown.

Red Bull has insisted it has given Honda freedom to design its 2019 without placing aggressive packaging targets.

Honda has also made progress on the gearbox oscillations and oil leaks that blighted the roll-out of its final upgraded '18 engine, which formed the basis of the new unit.

Only Williams is yet to communicate its 2019 launch plans, although Haas has only committed to unveiling its new livery at this stage.

Haas to reveal 2019 livery on Thursday