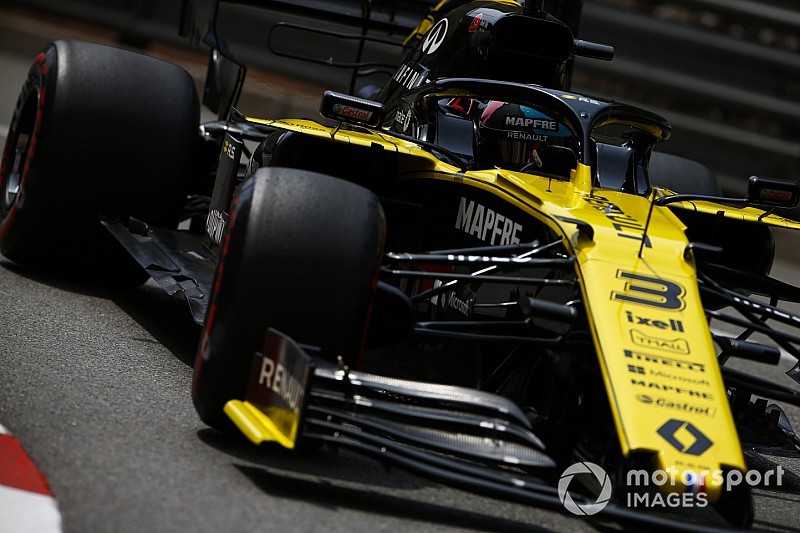 Daniel Ricciardo says a "brave" set-up choice was behind him helping Renault to its best starting grid position of the year at the Monaco Grand Prix.

The Australian made the most of some aggressive changes to his front wing settings to set the seventh fastest time, before getting moved up a position thanks to Pierre Gasly's penalty for impeding.

Having bounced back from a particularly difficult practice day on Thursday, Ricciardo said the team was left with no choice but to be adventurous with how much downforce it was willing to put at the front of the car – even if it is risked making the rear end less stable.

"We made a few brave changes for qualifying and I think it worked. But also I just took a good rhythm from Q1 and just got into it straight away, and built on that."

Ricciardo has spent much of the early part of the season moving his Renault away from having too much grip at the front of the car as he preferred a better overall balance.

But he says that the unique demands on Monaco, where qualifying is so key, pushed him and his team to shake off this direction.

"For me when I came into the car initially, I thought the front was a bit strong for the rear," he explained. "So I was trying to dial front grip out. But coming here this weekend it seemed we needed to go a fair bit back to what I initially didn't like.

"Around here it seemed to be what we had to do. That was where it was at. My kind of preference, it has helped up until this weekend, but we've gone back to being more aggressive to the front.

"As the session went on, we added more and more front wing, and we didn't really find a limit which scared me. So that was cool."