Daniel Ricciardo is planning to use an untypical helmet design for the 2019 Formula 1 season, having trialled a concept colour scheme during pre-season testing.

Having moved away from Red Bull to join Renault over the winter, Ricciardo is free to come up with his own design for the first time in years.

In testing, he ran with a multicoloured design that had ‘test’ written across it, but he says that something special is being worked on for the Australian Grand Prix.

“This helmet has got a bit of coverage, so this has been a ‘test’ concept if you want to call it,” he said. “But I’ve been working with an Australian artist, and he has been working on it for quite a few months.

“It will come out in Melbourne, but it is certainly going to be different. It is not going to be traditional and typical with a halo and lines that mean nothing.

“I am trying to get away from the typical helmet these days, so it should be funky. It is kind of artistic in a modern way.”

Ricciardo said that with pre-season testing now wrapped up, he was especially excited to be heading to his home race for his first outing with Renault.

“There is something pretty awesome in starting the season at home,” he said. “There is added excitement behind that. For me I like being in Australia, period. It is a nice country.

“We had quite a big break since Abu Dhabi, it was a long time in which you don’t really compete, so just to compete on home soil is cool. 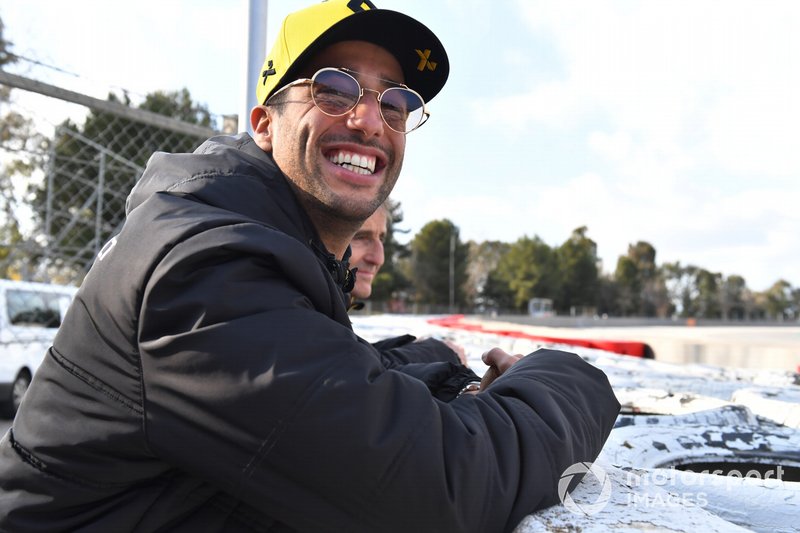 Can Sainz really do what Alonso couldn't?

Why Renault progress could be impossible to see