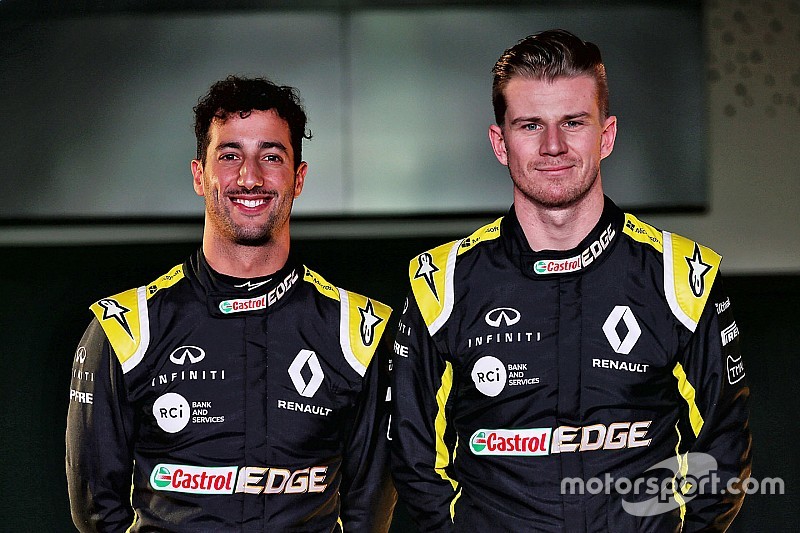 Daniel Ricciardo thinks that Renault is not missing any key aspect it needs to be successful in Formula 1 – even though he is not expecting podium finishes until next year.

Having joined the French car manufacturer from Red Bull, Ricciardo is well placed to judge how the facilities at his Enstone-based outfit compare to his former team.

Speaking at the launch of the team's 2019 F1 challenger, Ricciardo says that nothing has stood out that shows that Renault needs to play a major catch up game.

"I haven't walked past anything yet [at the factory] and said: 'Red Bull had that, you guys needs that." explained Ricciardo. "So it is not anything in particular which I feel we are missing.

"I guess until I drive the car I will know more what the car needs, but I see good things here."

He added: "I was here in December and there was a lot of noise and construction going on, and already that is up and finished and going. They've worked hard over the winter and that is one positive that I've seen initially, the work ethic.

"I will be the first to say it: by the end of the season you are ready for a break and have time off. But I know there are a lot of people here who didn't have time off and that is just a sign for me that they are hungry, which is really positive."

Although Renault has high hopes of making decent progress with its RS19, Ricciardo says he is not getting carried away in to believing that the outfit can fight for podiums and wins at this stage.

Asked about his realistic ambitions, he said: "Putting it simply, and it may be boring for you guys to write, it is progress. To keep having progress.

"Since 2016 it is pretty awesome what they have done, so to keep going in that trajectory, saying okay you got fourth last year you need to get third this year, it is not as simple because the gap to the top three is pretty big.

"But ideally we just close that gap. Sure, if it does jump us into the top three then all well and good, but it is still a big gap. So as long as we make inroads that has to be a pretty successful year."

Asked how hard it will be to concentrate on his performance and not compare how things are going against Red Bull, he said he has always believed his old team will be ahead at the start of the year.

"I was aware when I signed the deal here that it was very realistic that they [Red Bull] are going to be, come Melbourne, they are going to be in front," he said. "So I was already accepting that and coming to terms with that as a very high reality.

"I am not going to be bitter if they beat us in Melbourne. I feel now we are still on a different journey but I don't want to settle for just fourth forever."

Renault has made "substantial" step with 2019 F1 engine

The question marks over the new Renault