Ayrton Senna’s ultra successful Formula 1 career marked him out as one of grand prix racing’s greats.

But for all his brilliance, not every F1 weekend turned out as he liked – and this day marks the anniversary of the only time that the Brazilian failed to qualify.

Senna had arrived at the 1984 San Marino Grand Prix fresh off the back of a tough outing at the Belgian GP, where he had finished in seventh place and out of the points for Toleman (although would be promoted one place later in the year following Tyrrell's disqualification).

It had become clear over the early races of his debut F1 campaign that the team’s TG183B was past its shelf life, but the team had no choice but to use it until its much improved TG184 came on tap in the early part of the campaign.

Adding to Senna’s frustrations was the fact that the team’s Pirelli tyres were no match for the competition: with Michelins helping McLaren, Brabham and Renault fight at the front of the field with the Goodyear-shod Ferraris and Williams.

The Brazilian’s feelings on the matter had not been helped by problems with delaminating rubber that had hurt the team at his debut outing in Brazil that year. The explanation at the time was that this was a rogue batch of tyres.

Senna had already scored his first points in South Africa, but the Zolder struggles – not helped by misfire issues with the Hart engine - meant he was counting down the days until the new car could run.

Toleman knew its new TG184 would only be ready for the French GP on May 20, and Senna was pretty set on wanting shot of Pirelli and making a switch to Michelin. 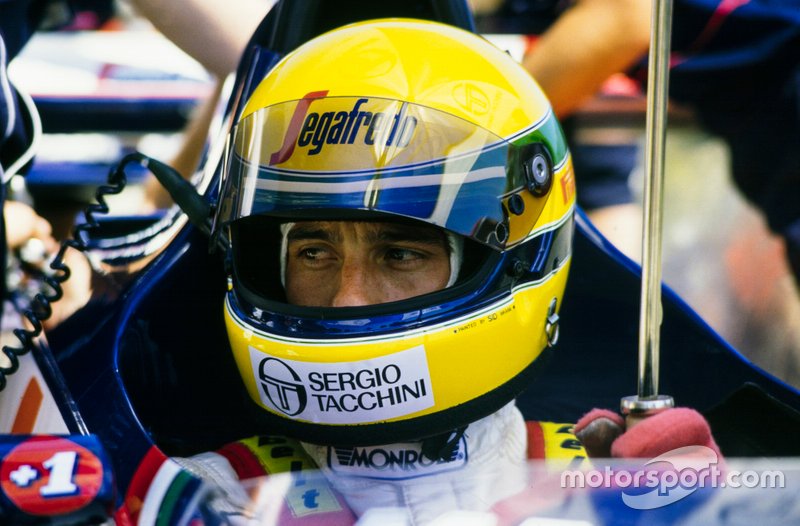 Amid talk of internal politicking about what to do over its tyre plans, the Imola paddock was shocked on Friday when it was announced that Toleman would not be running that day.

A telex message had come through from Toleman’s headquarters in Brentwood Essex telling the team not to run the cars because of differences of opinion with Pirelli.

Senna and teammate Johnny Cecotto were thus reduced to being spectators on the first day of action, meaning they would need to do it all on Saturday for the second day of qualifying.

Despite mixed weather conditions making setup work difficult, Senna had been a comfortable 20th quickest in Saturday morning’s second free practice session, and appeared to have enough pace to get on to the grid.

With the track drying out rapidly from the morning showers though, it was likely that the fastest times would be set in the closing minutes of the final qualifying hour.

But early in that session it all went wrong when the Brazilian suffered a fuel pressure problem that left him stranded out on track between Tosa and Piratella.

Unable to get back to the pits to get the car fixed, Senna was unable to set a time when track conditions were at their best. His best effort of 1m41.585 seconds ended up being a whopping 13.068 seconds slower than pole position man Nelson Piquet in the Brabham.

The final slot on the grid had been taken by Austria rookie Jo Gartner, who had been drafted in for his debut in a second Osella and was struggling for pace. He had been more than 10 seconds adrift of Piquet, but was still more than 2.5 seconds up on Senna!

While Senna’s Imola weekend was one to forget through no fault of his own, he ultimately got what he wanted afterwards as Pirelli’s contract with Toleman was terminated after the San Marino race.

For the next race in France, Senna not only got hold of the new TG184, but it was fitted with Michelin tyres – and his season was transformed.

“You can’t compare the handling of this car with the previous one,” he said at Dijon. “I feel I can take time off anyone in the corners.”

And although his hopes of points in France were dashed by turbo failure, the scene was ultimately set for the next event in Monaco – where Senna would produce one of his most memorable performances that was at the total other end of the scale to his Imola 1984 woe. 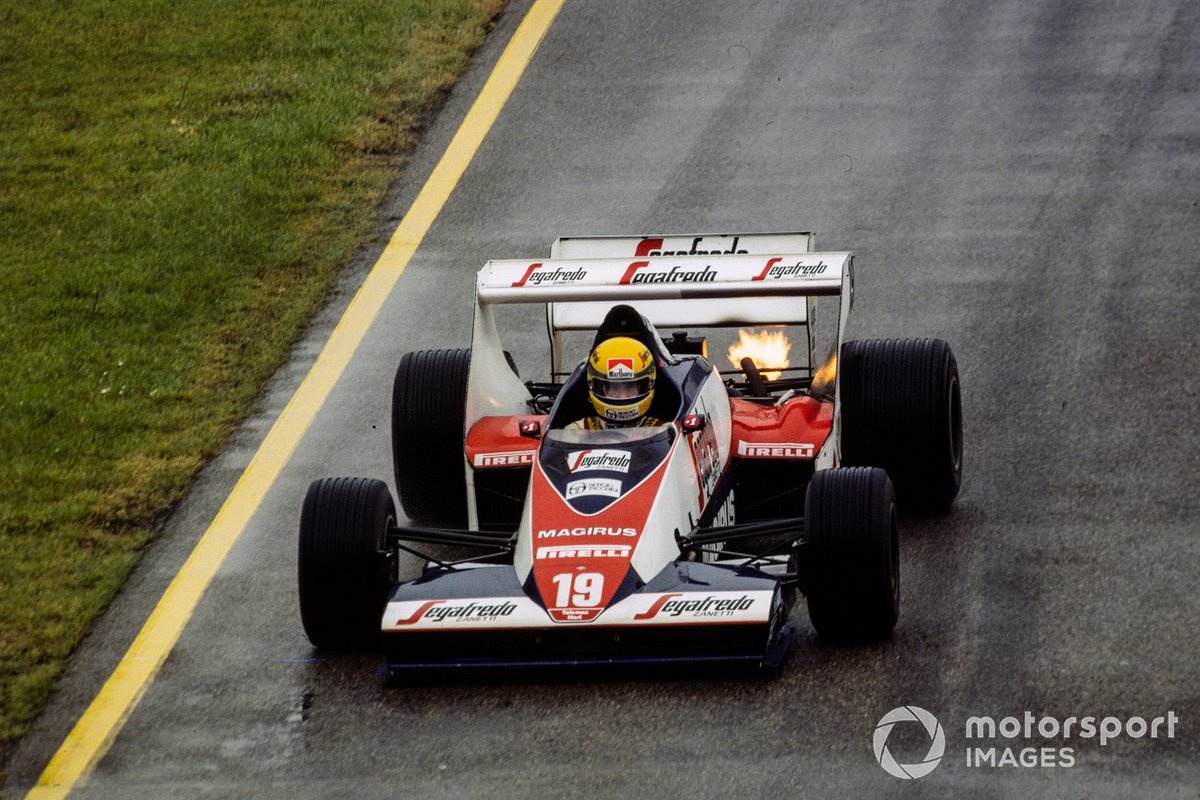