FIA president Jean Todt says the decision to delay finalising Formula 1's 2021 overhaul eliminated his usual worry that "nobody agrees" with each other in grand prix racing. 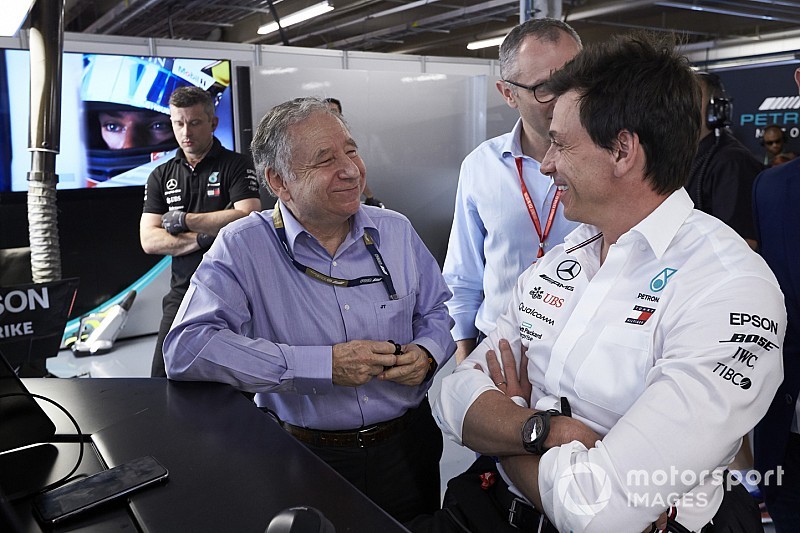 F1's rulemakers, teams and leading figures agreed to delay the presentation of the 2021 regulations until October after a final meeting in Paris last week.

Draft proposals had been presented to teams before the Canadian Grand Prix but there was still concern over some elements of the rules, and the FIA was struggling to get unanimous support to delay the 2021 regulations being finalised.

Though that has now been successfully pushed back, it has raised concerns that the major overhaul – which comprises sporting and technical rules, crucial financial elements and governance procedure – may get watered down as time runs out.

Asked by Motorsport.com if he was worried about the impact the delay could have on the final ruleset, Todt said: "I'm not worried at all. Very often in F1 I'm worried because nobody agrees.

"For once, we managed to have the 10 teams agreeing, the commercial rights holder and the regulator of the championship. So, now, we must make sure everybody is working.

"I'll ask the team principals, team directors, drivers and tyre manufacturer to work together and to try to come out with the best solution for the championship."

In order to secure the delay, it has been reported that the FIA was able to get teams to sign a letter agreeing the budget cap – agreed at $175m – would not be changed.

Todt, speaking during the 2019 edition of the Le Mans 24 Hours, compared the "big responsibility" of completing the F1 rules to the World Endurance Championship finally committing to the Hypercar regulations it will implement for its top class in 2020/21.

"We're talking now, in June 2019, for regulations that will start in 2021 for five years," said Todt. "So we must make sure that good solutions are taken.

"That's why I think if we can work for three or four months, all together, to try to address what can be addressed, I think it's a very good situation."

The FIA's summit in Paris last Thursday took place one day before the World Motor Sport Council meeting in the French capital.

That represented the last opportunity to discuss the rules before the International Sporting Code-mandated deadline of the end of this month, which has now been pushed back.

The WMSC therefore featured no major F1 update, and was instead "updated with the current status of the draft 2021 sporting, technical, financial and governance regulations".

"The full presentation and deliberation by the Council will take place before the end of October 2019," the FIA's WMSC release confirmed.

"While the core objectives outlined for the future set of regulations of the championship have been defined, in the interests of the sport it was agreed that the best outcome will be achieved by using the extra time for further refinement and additional consultation."

Ferrari, Ducati may drop Mission Winnow logos for rest of 2019